The Irish Naval Services latest ship L.É. George Bernard Shaw was floated out for the first time on Friday. The ship, which will join the Irish naval fleet later this summer, is being constructed in Babcock Appledore shipyards in Bideford, Devon. 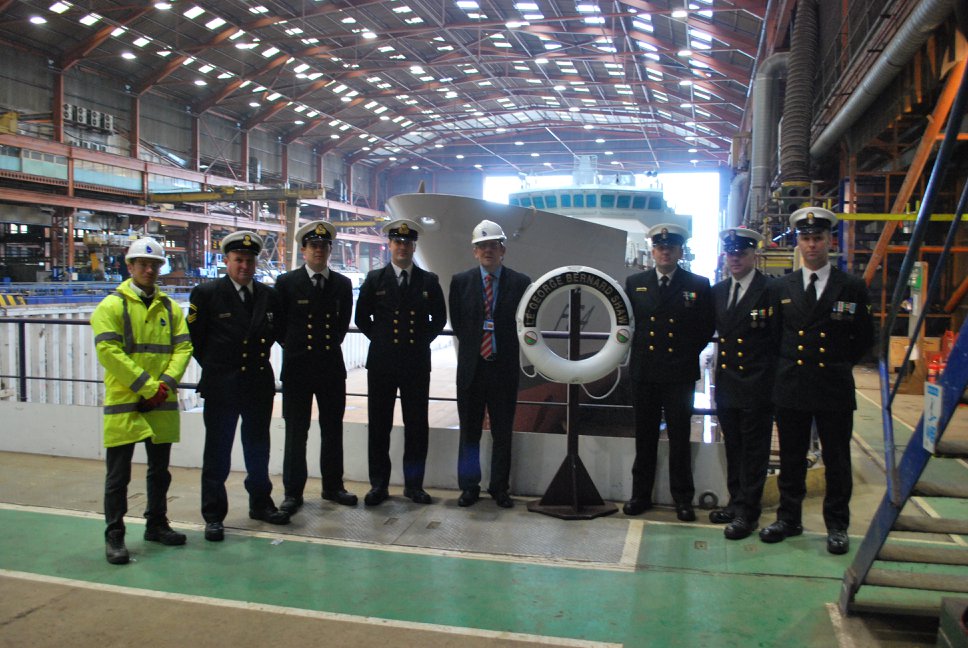 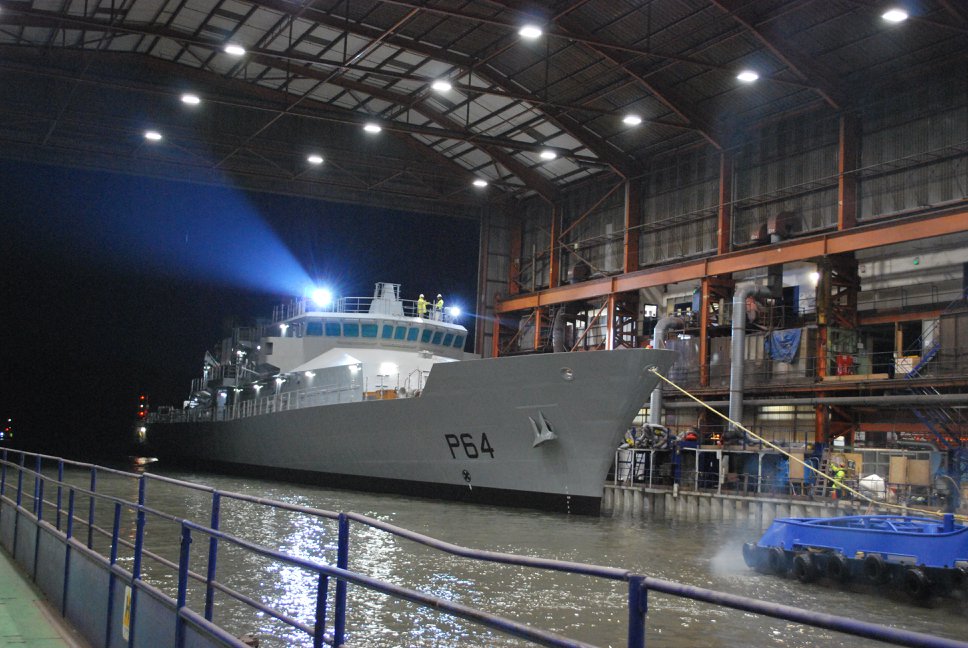 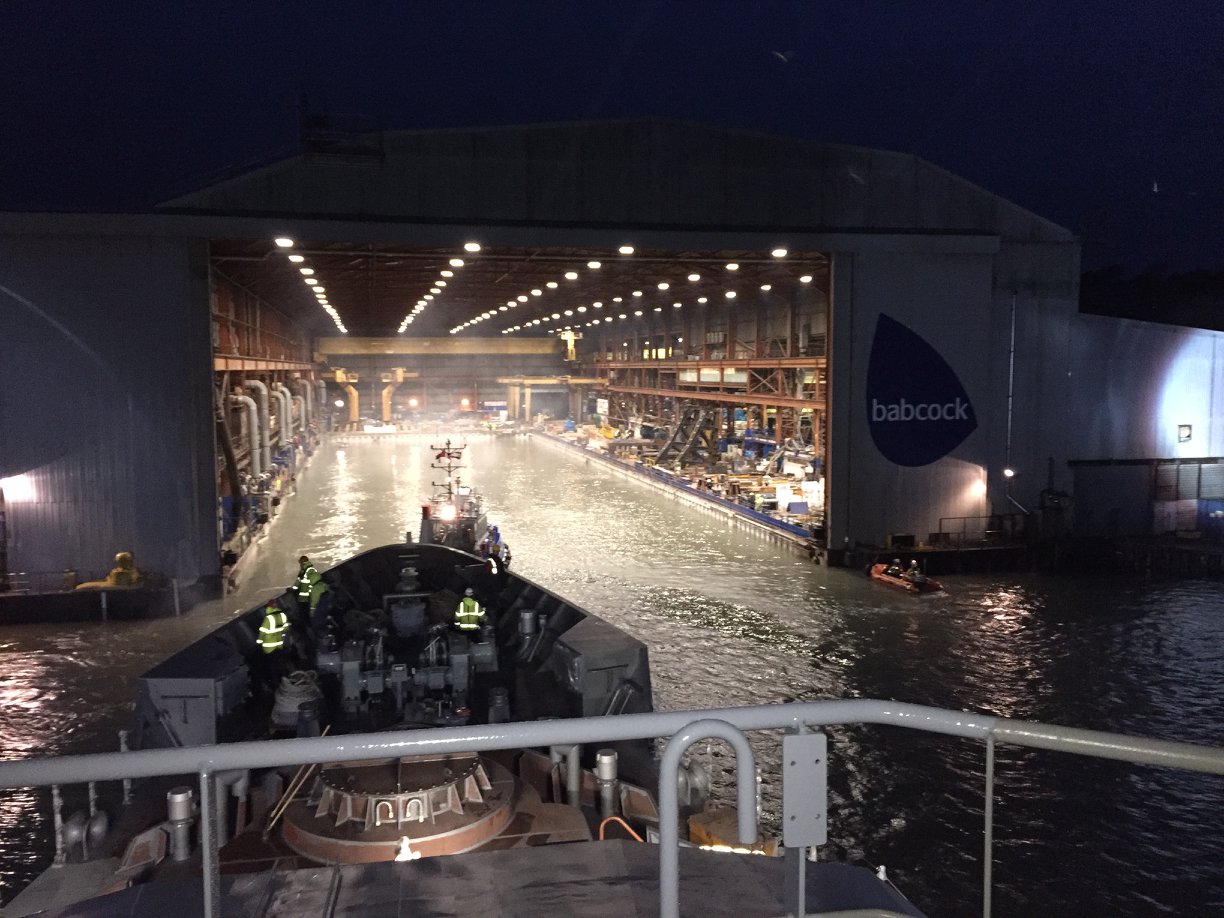 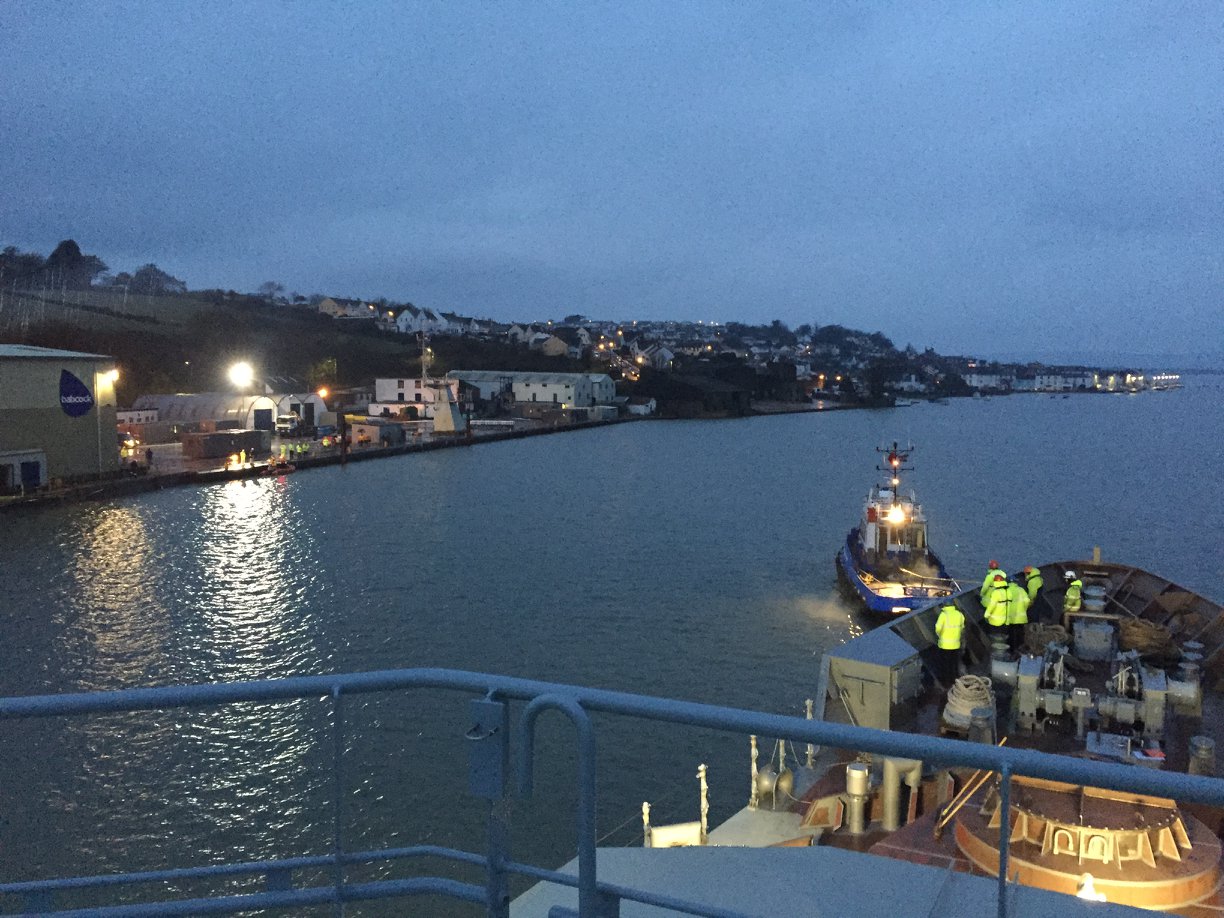 The announcement of the ships name, which is in honour of Irish playwright George Bernard Shaw, was made at the keel laying ceremony last year.

This will be the fourth Offshore Patrol Vessel (OPV) and the name follows in same vein as the other ships in this class named for Ireland’s literary giants; LÉ Samuel Beckett, LÉ James Joyce and LÉ William Butler Yeats.

The three previous OPV’s were also built at the Appledore shipyard.  LÉ Samuel Beckett was delivered in April 2014, the LÉ James Joyce followed in 2015 and the LE William Butler Yeats in 2016.