A rare toothed rock crab not usually seen in these waters was caught off Tory Island earlier this month. Toothed rock crabs are related to the more common brown crab but have rarely been recorded this far north in Irish waters. 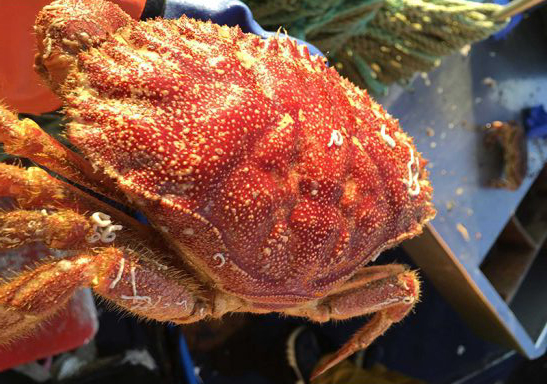 There is only three known recordings of this type of crab being caught in Ireland. The first was recorded in 1948 off the southwest coast, the second on the Porcupine Bank in 1988 and a third west if Slyne Head in 1992.


Speaking to Fishing News Declan Quigley from Dingle Oceanworld Aquarium said: “This really is an unusual catch in Irish waters. I’ve been in touch with a number of colleagues in the UK and USA, who are crustacea experts, about this rare catch and it has been positively identified as a toothed rock crab.”