Don’t touch and definitely don’t stand on one of these if you seem them!

In the wake of storm Ophelia increased numbers of lethal Portuguese Man O’War may be heading towards our shores. Dozens of these particularly dangerous creatures have already been washing up on the west coast over the past few weeks but more are expected over the coming days. 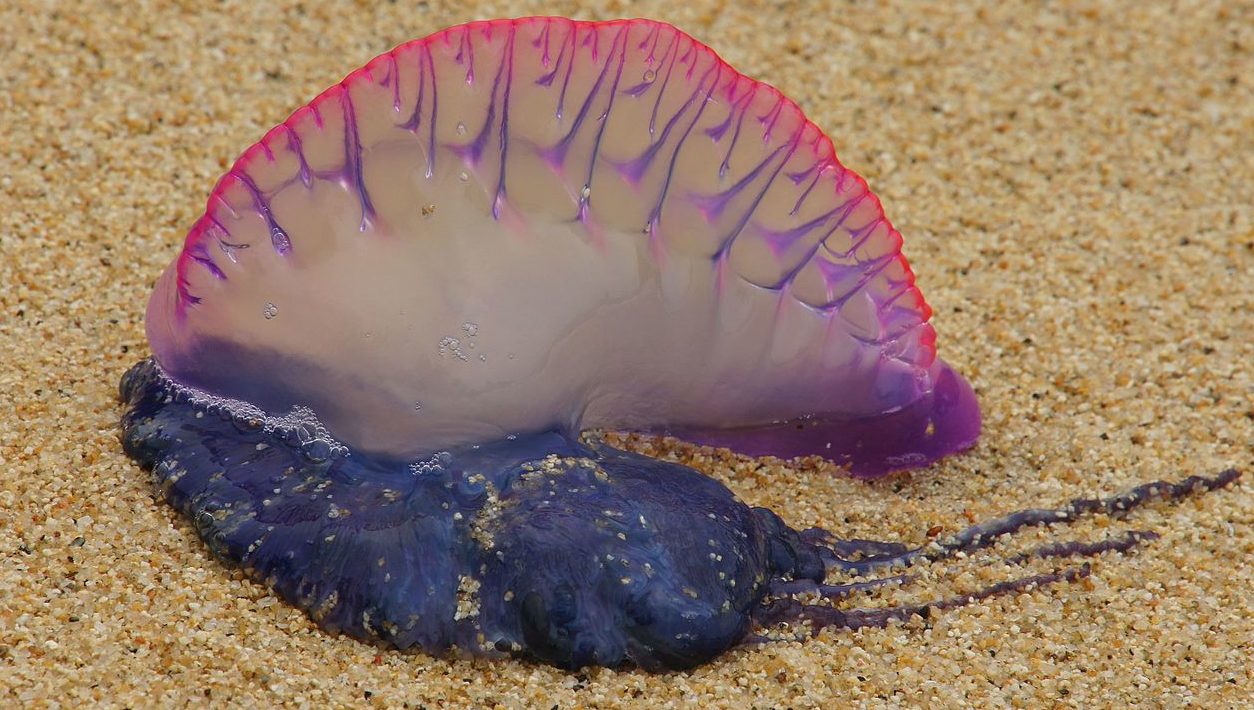 Beautiful but dangerous – Portuguese Man O’War have a lethal sting

Portuguese Man O’War (Physalia physalis) are not jellyfish but are closely related and their sting can be lethal. They can be a purple, blue or pinkish colour and have a large balloon-like float that rises up above the water line. Their sting can be poisonous. Although these creatures will die when stranded their sting may remain for several weeks after having washed ashore.


Needless to say extreme caution should be taken if you spot one of these on the beach. Make sure you keep dogs and children away and do not touch them.

Thoughts with everyone affected by #Ophelia. If at the coast, exercise caution as there maybe objects washed up like the #Portuguesemanofwar pic.twitter.com/5RWf2COKk4

The storm will have washed up a lot of rubbish and other marine creatures so if you are out on the coast for a walk or taking part in a clean up remember to stay safe, exercise caution and watch out for any Portuguese Man O’War.

Marine biologists are looking for people to report their sightings so if you happen to spot any take a photo and log your sightings with the National Biodiversity Data Centre.