A 20ft sailing yacht with two people onboard was brought to safety by Wicklow RNLI yesterday afternoon, Sunday 12th July. 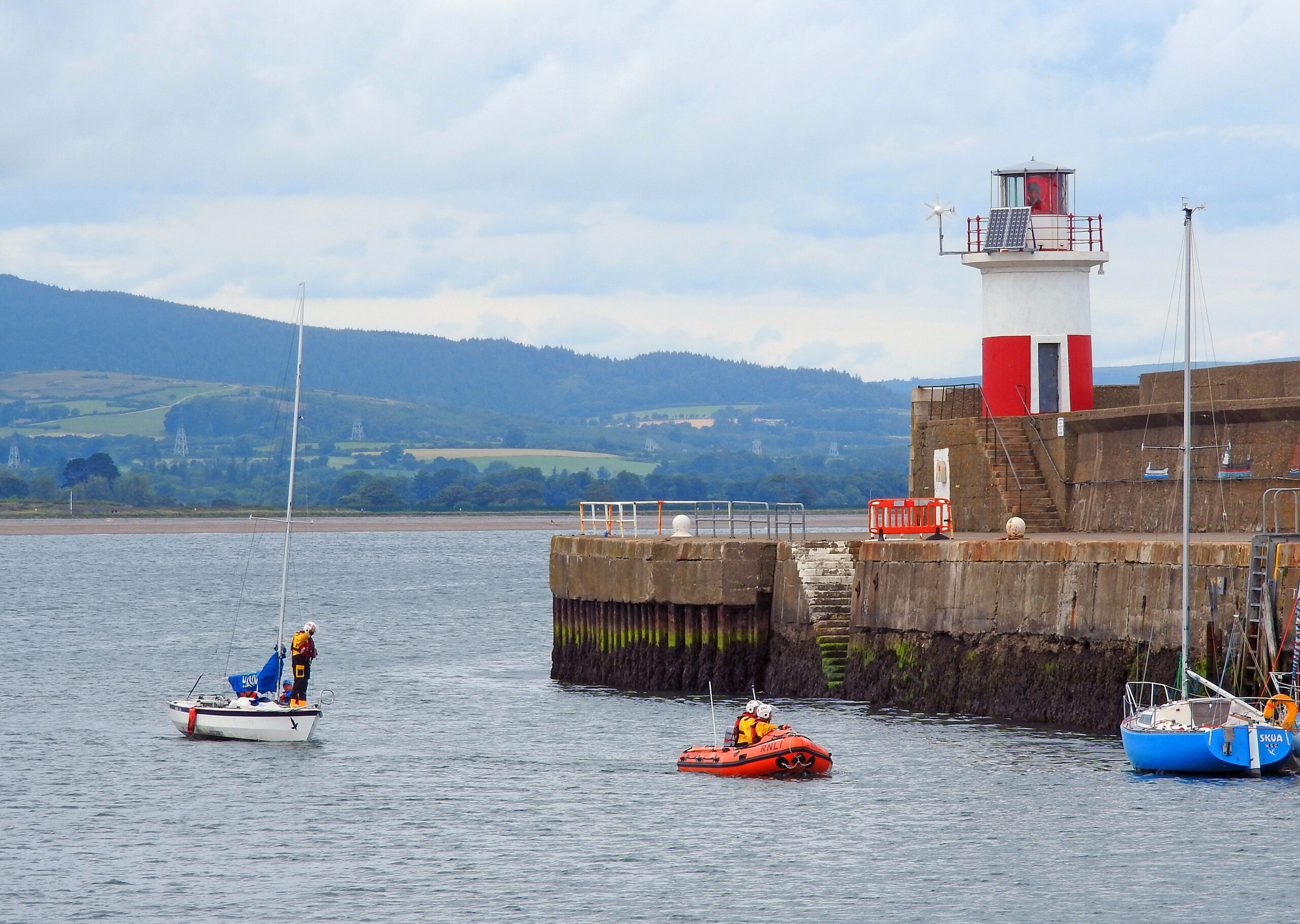 The inshore lifeboat launched at 11:45am with Graham Fitzgerald (helm) and crew Alan Goucher and John Stapleton to reports of a small yacht in difficulty.

The yacht was located four minutes later one mile east of Wicklow harbour, weather conditions at the time were described as sea state slight with force three southerly wind.

Volunteer crew member Alan Goucher was transferred onto the yacht to assist the two sailors, after they experienced problems with the mast and their outboard engine failed.

A towline was established and the yacht with two sailors were brought safely alongside the East pier at Wicklow harbour at 12:15pm.

This was the second callout for Wicklow RNLI volunteers over the weekend. On Saturday evening Wicklow all-weather lifeboat launched shortly after 7pm under the command of Coxswain Nick Keogh, to join Arklow lifeboat and the Dublin based Coast Guard helicopter ‘Rescue 116’ in a search for a yacht in difficulties.

The initial reports suggested the yacht’s position was nine miles south between Wicklow head and the Arklow wind farm.

Wicklow lifeboat was stood down by the Coast Guard and returned to station at 7:45pm after the stricken yacht was located by Rescue 116 near Courtown and assisted by Arklow lifeboat.