A great new resource for anyone interested in Irish maritime history has been launched today by the Minister for Culture, Heritage and the Gaeltacht, Josepha Madigan T.D. The new website provides free public access to information on thousands of historic wrecks in Irish waters. 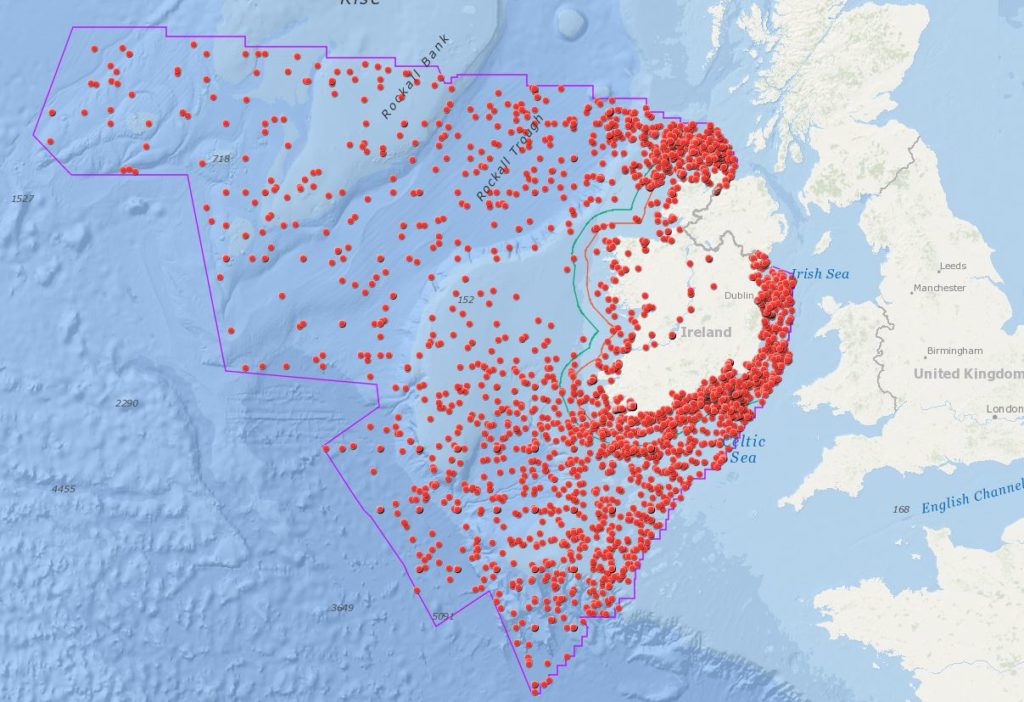 The Wreck Viewer is a new free-to-use digital service that has been developed to facilitate easy access to the Wreck Inventory of Ireland Database compiled by her Department’s National Monuments Service. The database holds information on over 18,000 known and likely wreck sites both off the Irish coast and in our inland waterways. These wrecks span the entirety of maritime travel around and within the island, from prehistoric logboats to medieval trading vessels, warships and ocean liners. There are exact locations for approximately 4,000 of the recorded wrecks which are displayed on an interactive map.

The map also provides summary information on individual wrecks and their history, voyage, cargo, passengers and, if known, the circumstances of their loss. Information on the 14,000 wrecks in the database for which locations have yet to be fully confirmed can also be downloaded with further details to be added as they become available. 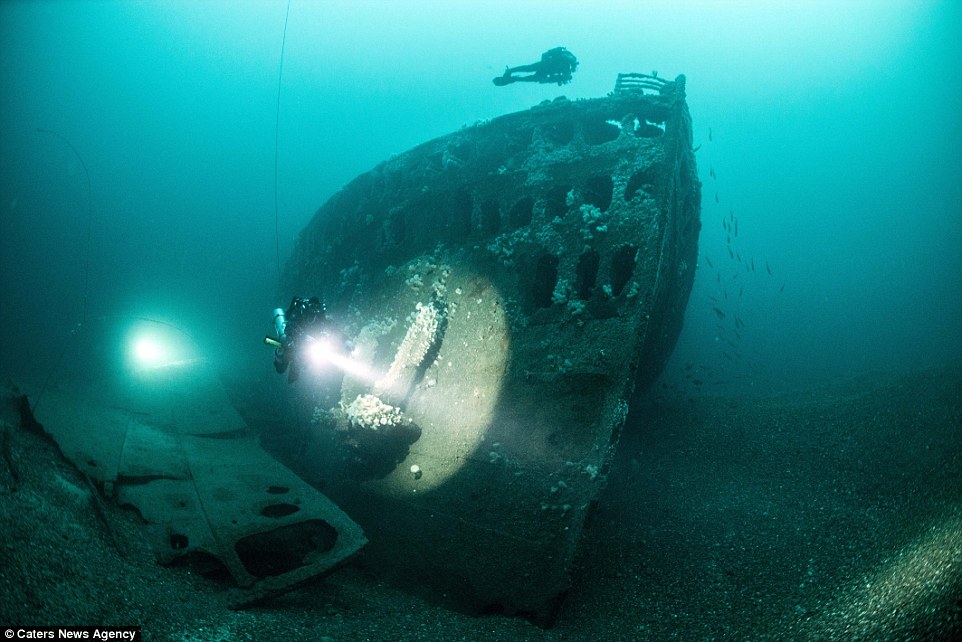 The Wreck Viewer will be of value to everyone with an interest in Ireland’s maritime history. It also complements the Department’s Historic Environment Viewer which provides information on archaeological sites across the country from the Sites and Monuments Record compiled under the National Monuments Acts and from the National Inventory of Architectural Heritage.

Speaking today, Minister Madigan said: “I am delighted to launch this website today which will allow the public to engage in a new and exciting way with the country’s underwater  cultural heritage.  The Wreck Viewer provides information on shipwrecks across a wide expanse of time. Of particular interest, in this decade of centenaries, are the stories of those wrecks from the First World War. Over 1000 ships were lost off the coast of Ireland during that conflict, in effect bringing the Western Front to our shoreline and alerting the Irish people to both the grim realities of war and the scale of the tragic loss of life that took place on land and sea.” 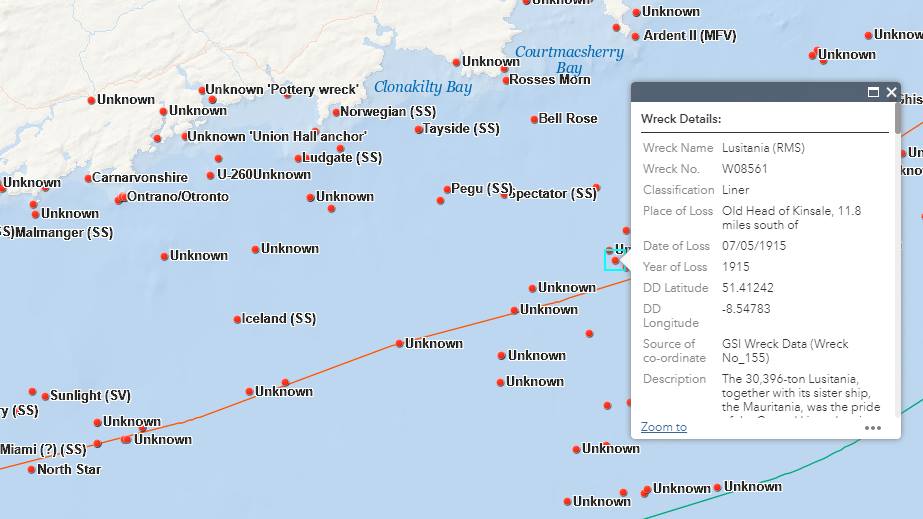 RMS Lusitania As seen on the Wreck Viewer

The National Monuments Service is tasked with protecting and preserving Ireland’s underwater cultural heritage.  The Wreck Viewer will contribute to that goal and will be of use to all marine environment users, the diving community and researchers.

The Minister said that “This wonderful new on-line service will, I hope, promote a much greater appreciation and awareness of our marine heritage and at the same time provide an essential tool to help the protection of this remarkable resource.