1. Next year a new OPV will join the Irish Naval fleet. After which Irish literary giant will it be named? 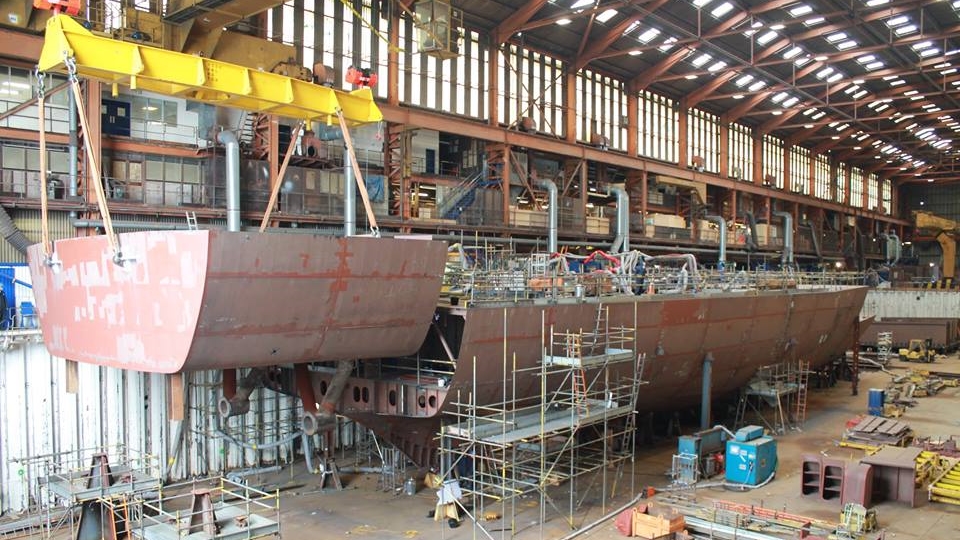 The LÉ George Bernard Shaw is expected to join the fleet next year and will be the fourth Offshore Patrol Vessel (OPV). The name follows in same vein as the other ships in this class named for some of Ireland’s greatest literary giants, LÉ Samuel Beckett, LÉ James Joyce and LÉ William Butler Yeats.

2. The RMS Leinster was one of a number of ships painted with unusual markings during the First World War. What were the markings for? 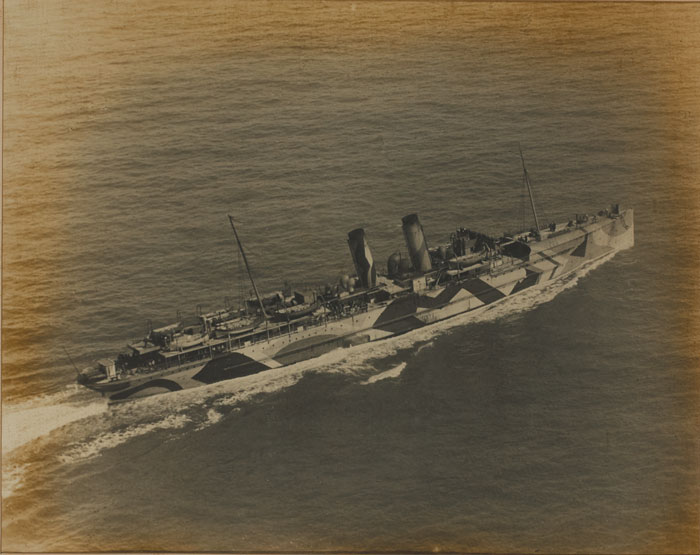 Dazzle camouflage was an innovative technique used in the First World War and a lesser extent in the Second. Blending completely into the background was not an option so the aim was to confuse the enemy by painting ships in unusual and often beautiful geometric shapes and patterns. They had mixed results and the RMS Leinster was painted in these markings when it was sunk by a U-boat off Dublin Bay in 1918.

3. The Asgard famously landed guns in Howth in 1914. What was the name of the second gun running boat that landed in secret at Kilcoole a week later? 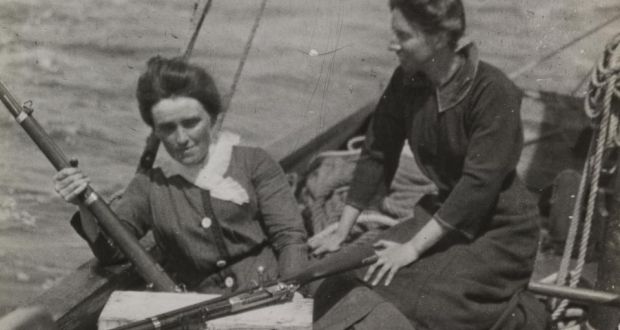 Unlike the Howth landing which was met with fanfare the Kilcoole gun landing operation was kept quiet. After the Kelpie split ways with the Asgard it was met by the Chotah and offloaded her armament. The Chotah held on to the cargo while the Kelpie sailed across the Irish Sea acting as a decoy for the Asgard. The Chotah continued the journey and a week later under the cover of darkness the guns were offloaded to the beach where they were met by a small number of volunteers and their supporters who hurried away with the guns in the night to be stashed and stored away.

4. What was the name of the group of Irish ships who risked all to maintain the essential balance of trade during the Second World War? 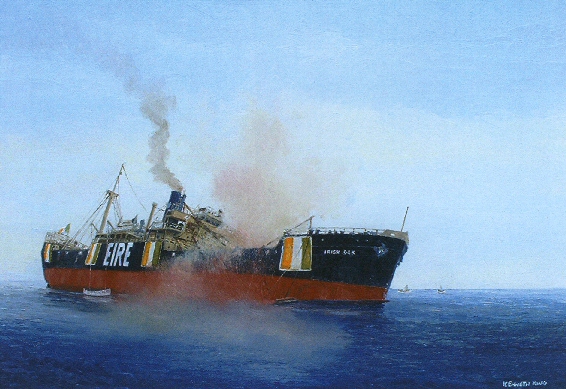 As the battle raged in the Atlantic neutral Ireland was locked within a war zone. But vital trade needed to continue and we simply couldn’t afford to stay out of the water. The Irish Mercantile Marine were prepared to work despite the appalling and terrifying conditions. They took supreme risks and boldly traveled the treacherous waters, suffering heavy losses, all to maintain the balance of essential trade. They relied on their neutral markings, identifying themselves by painting the Irish tricolour and EIRE in large letters on the sides of their ships and deck.

5. In what year did divers discover the wreck of the RMS Lusitania that sank off Cork in 1915? 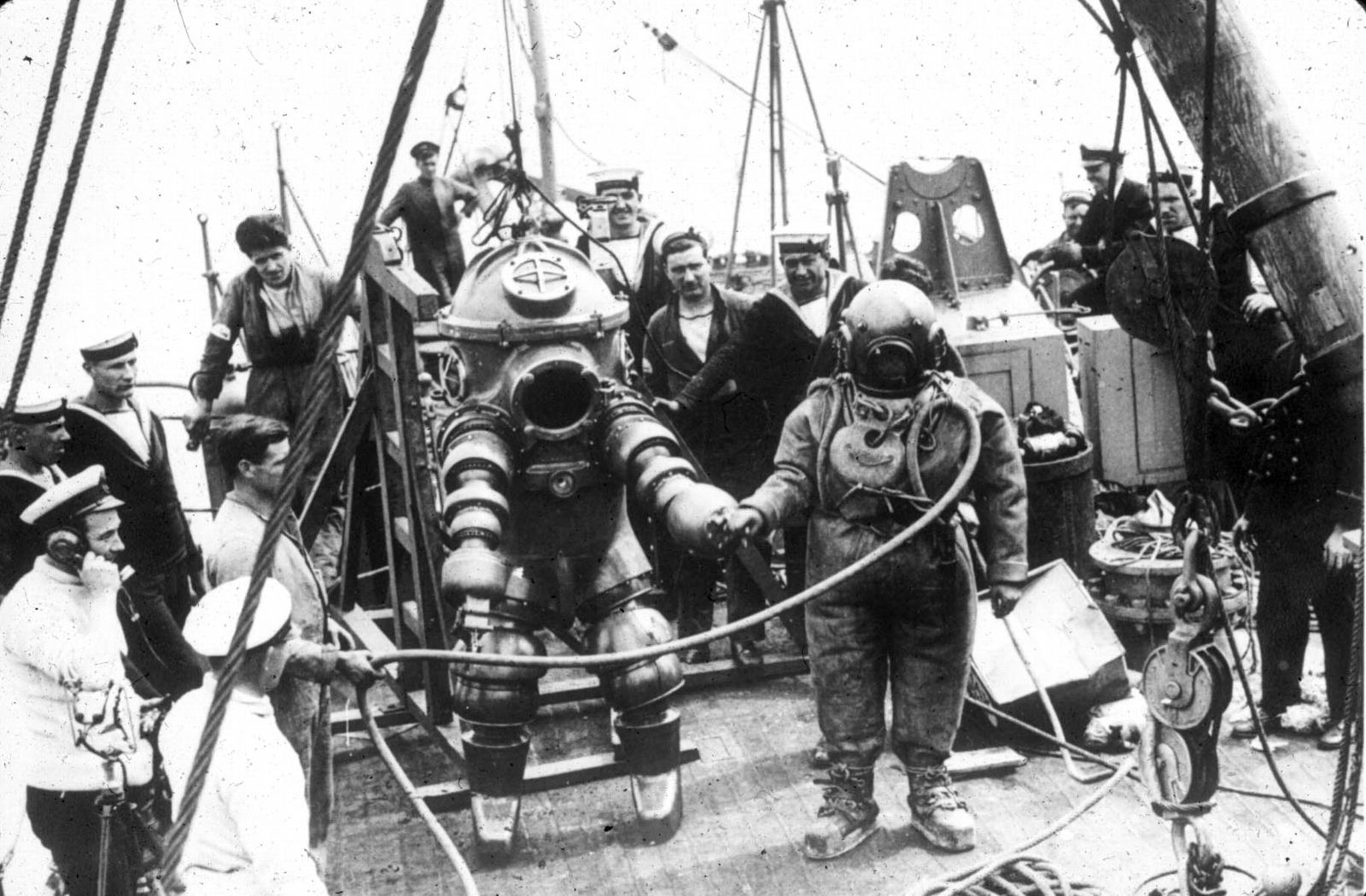 On 7th May 1915 the luxury liner RMS Lusitania was fired upon by a U-boat and sank some 11 miles off Kinsale, Co. Cork. This remains one of the greatest disasters to occur in Irish waters. On 6th October 1935 the wreck of the RMS Lusitania located off the southwest coast. Three weeks later the first dive to place to uncover the rumoured treasure that sank with the ship.

6. How many dogs joined Ernest Shackleton, Tom Crean and the crew of the Endurance in their expedition to the South Pole? 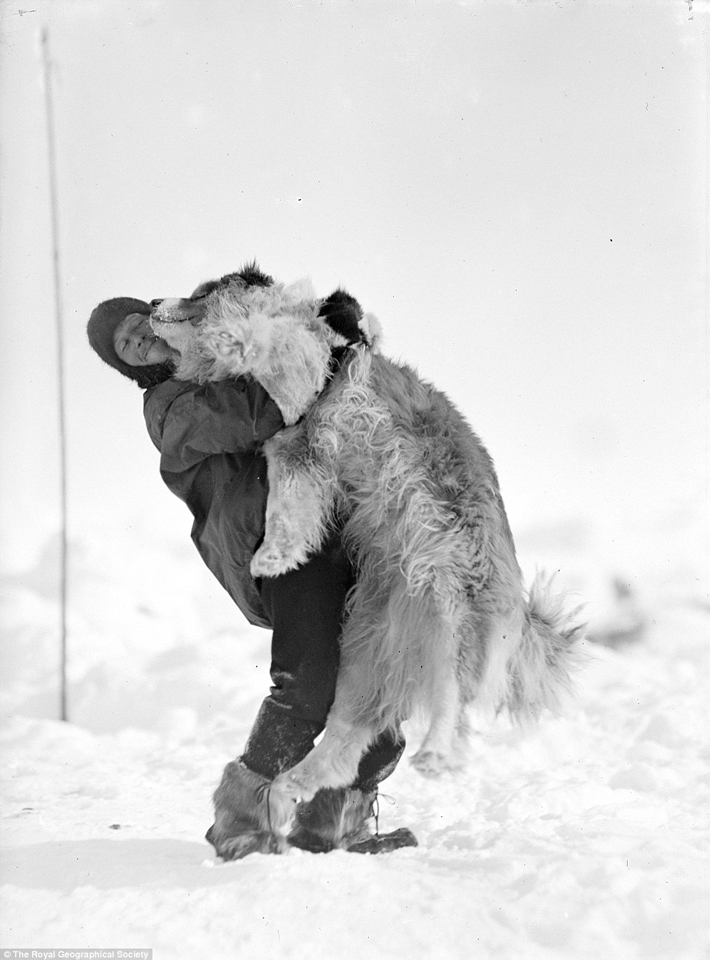 The Endurance expedition is one of the most amazing stories of adventure and survival. Travelling on board the ship was a menagerie of animals including several pigs, one cat and 69 dogs. The dogs, which were brought along as sledge dogs, were a mongrel mix mostly bred with wolves.

7. What was the name of the first ship in the Guinness Fleet?

The famous Irish brewers would send barrels of the black stuff by barge and boat via the canals to serve all parts of the Ireland and from the River Liffey out across the Irish sea to England from where it was then exported around the globe. Up until the early 20th century they relied on shipping companies to deliver their popular stout but a strike at Dublin Port in 1913 prompted them to buy the first vessel in their very own fleet – the W.M Barkley

8. What type of animal were lightvessels often named after? 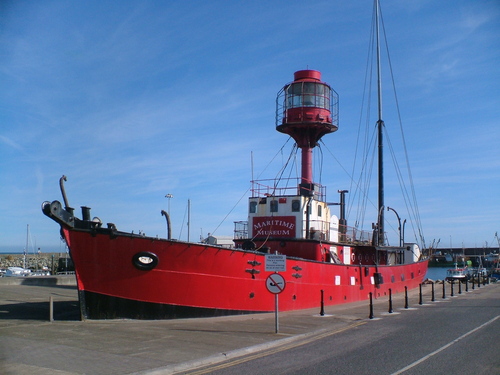 For a time lightvessels dutifully stood watch over treacherous seas serving as beacons to light the way for passing seafarers. Some of the names of the vessels over the years have included Penguin, Gannet, Guillemot, Puffin, Shearwater and Cormantant.

9. What type of high speed sailing boat was raced in Dublin Bay in 1663? 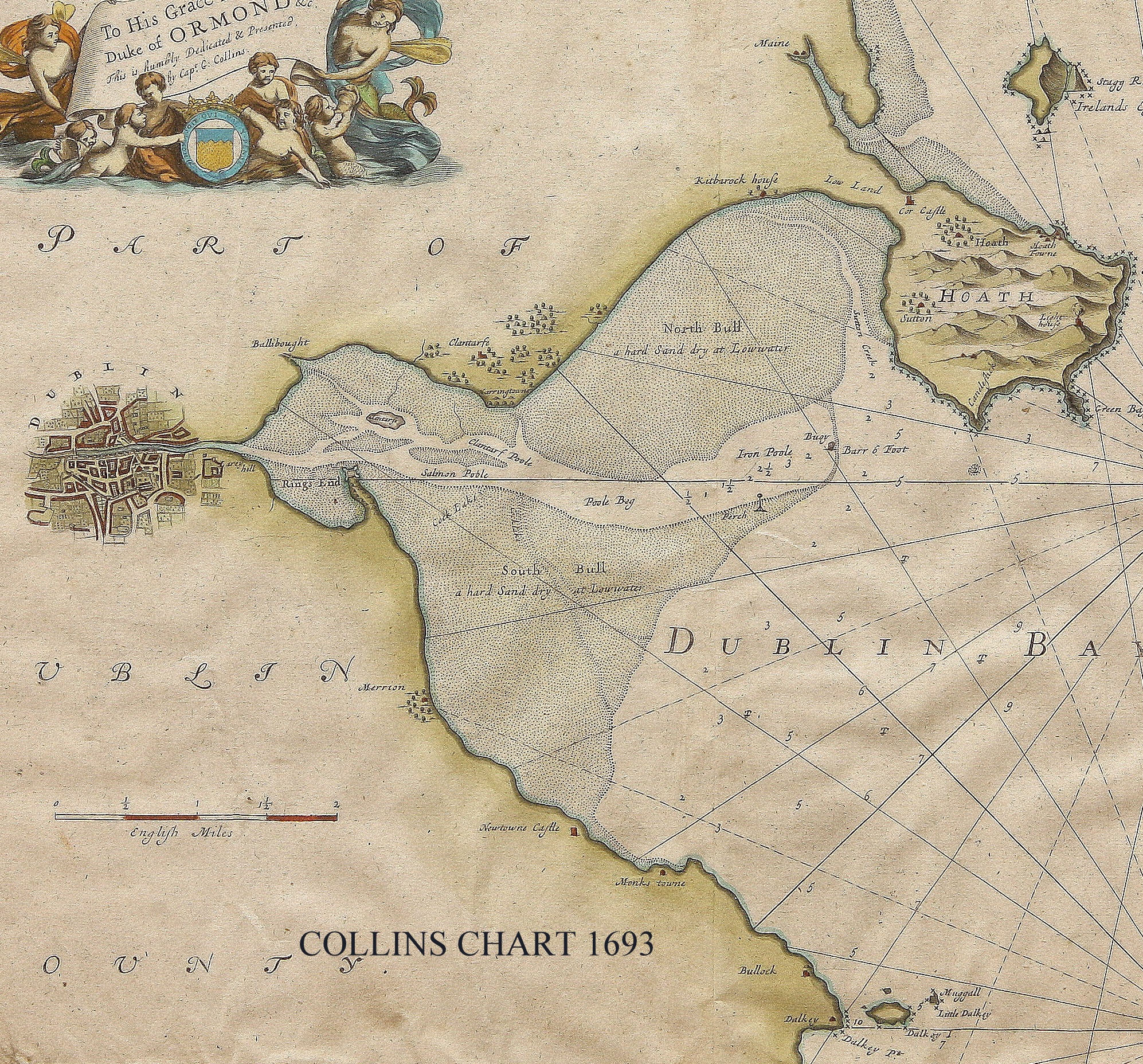 Sir William Petty designed a curious two ‘double-bottomed’ named Simon & Jude, the first large scale catamaran. In 1663 he organised a race with a Dutch sailing vessel and other boats on Dublin Bay to test the capabilities of his vessel. He won the race and established the speed potential of catamarans.

10. What was the name of the first ship to cross the Atlantic entirely under steam? 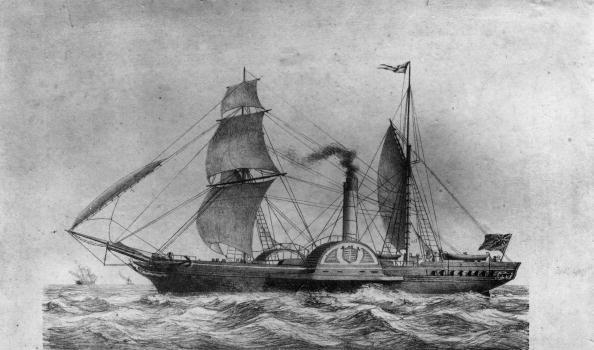 The SS Sirius built for a Cork based Steam Packet company for their Cork to London service. In 1838 the ship was chartered to sail from London to New York by way of Cork. Just short of her destination she ran out of fuel but the captain determined to reach her destination solely under steam refused to hoist the sails and instead fed spars into the furnace. They made it and became the first ship to cross the Atlantic entirely under steam!

Irish Ships 2
Abandon Ship!
Quick get to the lifeboats, this ship is going down!
New recruit
Good effort kiddo - it’s still early days you’ll be an expert in no time!
Seasoned sailor
Great work! You’re a credit to the team
Master Helmsman
Wow, you sure took command of those questions!