Wicklow RNLI brought three fishermen to safety Wednesday morning 13th January, after their vessel got into difficulties off the Wicklow coast. 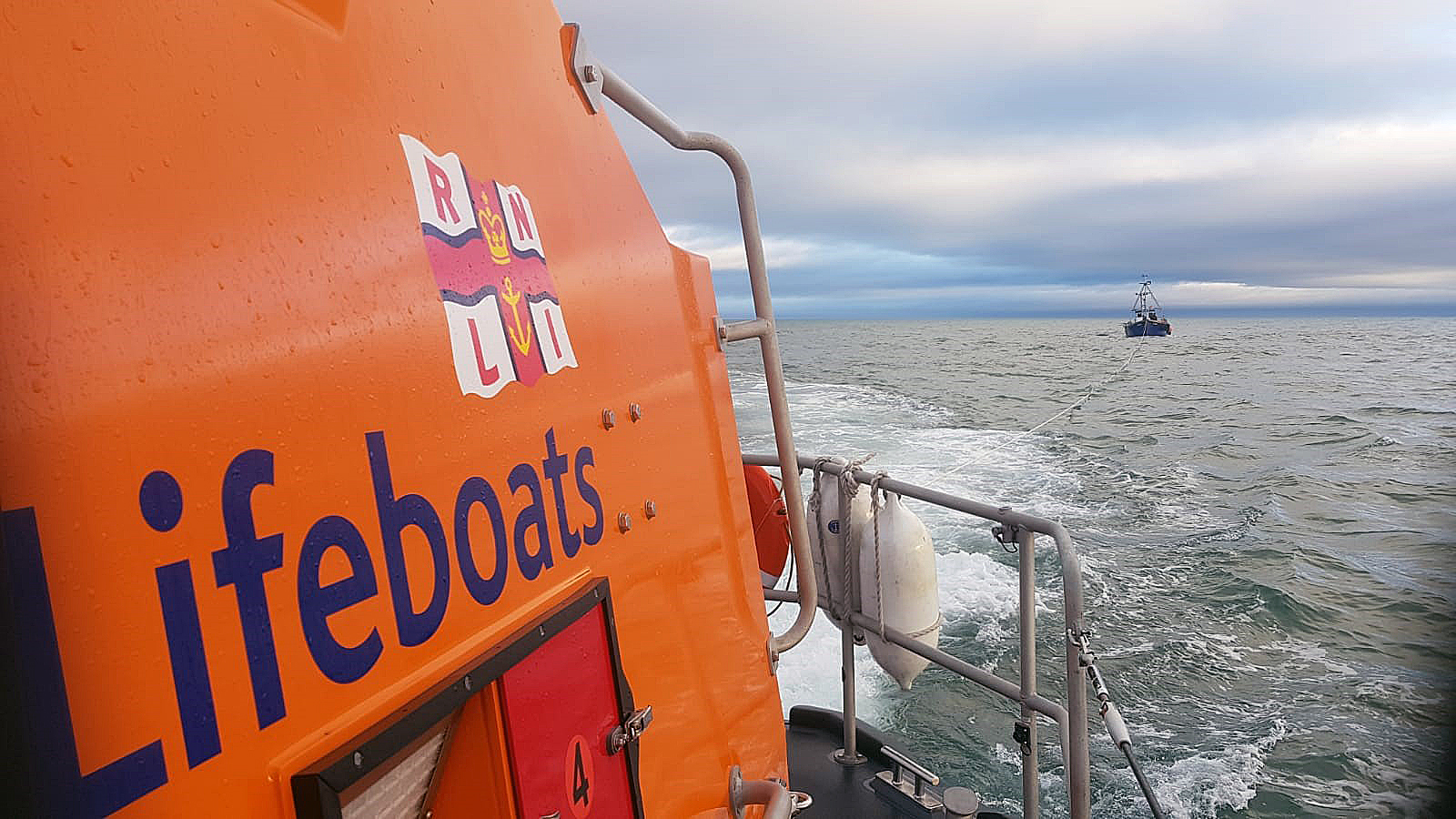 The all-weather relief fleet lifeboat RNLB Joanna and Henry Williams put to sea shortly before 9:15am under the command of Coxswain Ciaran Doyle and a volunteer crew.

The alarm was raised after the skipper of the fishing vessel reported that a rope was fouled in his vessel’s propeller and they had lost all propulsion.

The lifeboat crew located the 12metre fishing vessel at 9:55am three miles north of the Codling Buoy. Conditions on scene were sea state moderate, with wind north westerly force 2 and good visibility.
A towline was quickly established, and a course was set for Wicklow harbour. The fishing vessel with three crew was brought safely alongside the South Quay shortly before midday.