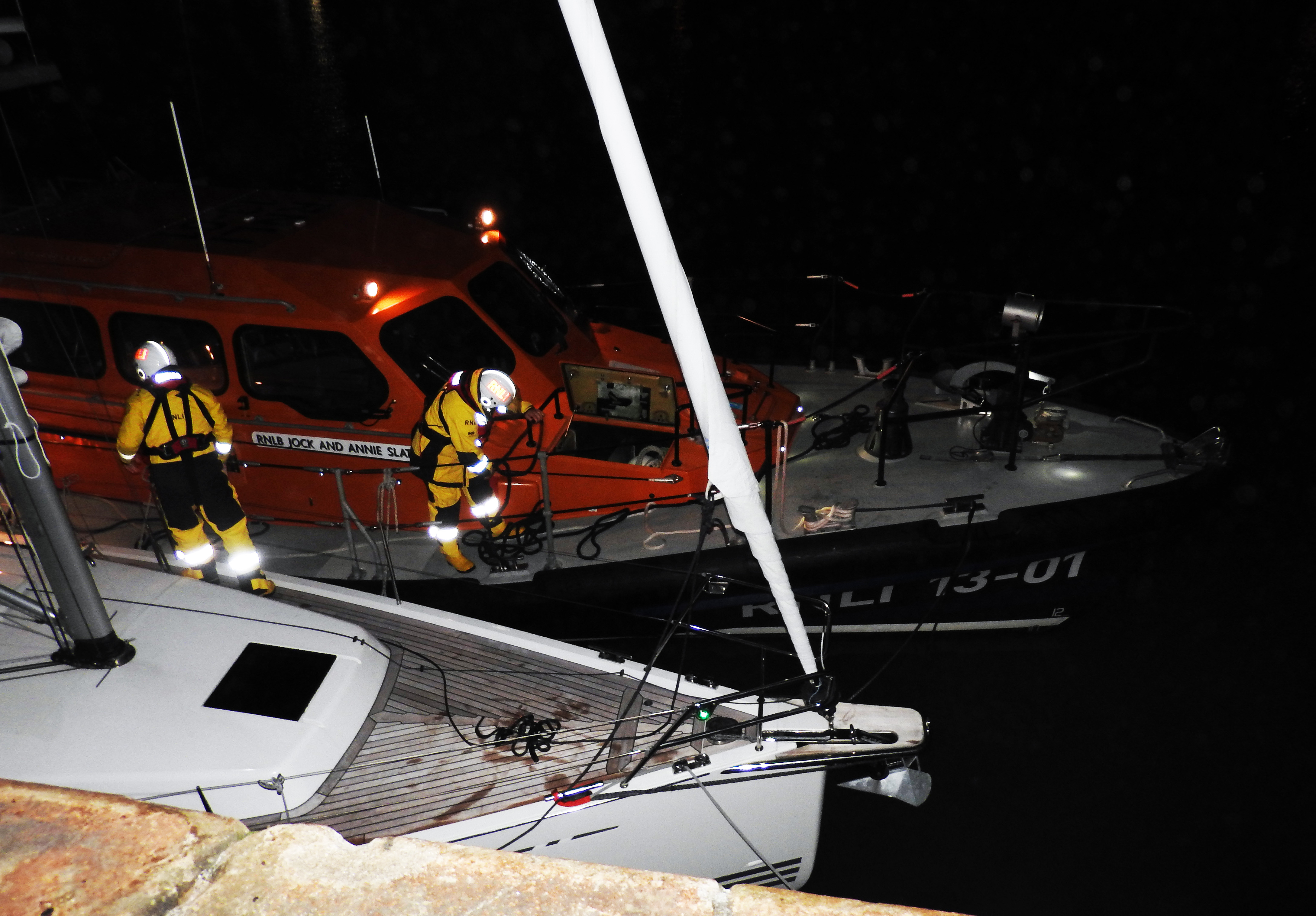 Wicklow lifeboat with the yacht at the East pier, Wicklow Harbour (credit RNLI/Wicklow)

The lifeboat slipped moorings shortly after 1:00am and put to sea following a pager alert from the Coast Guard. The alarm was raised after the yacht which was on passage south to Cork got fouled in ropes and lost propulsion.

The Shannon class lifeboat Jock and Annie Slater was alongside the stricken yacht at 1:35am six miles east of Wicklow head. Volunteer crew members David O Leary and Paul Sillery were transferred onto the yacht and managed to free the ropes from the propeller.

Weather conditions on scene were sea state slight with wind south west force two. A towline was established, and the yacht was towed back to Wicklow harbour.

The three sailors were landed safely ashore and the yacht was secured alongside the East pier by 3:30am.