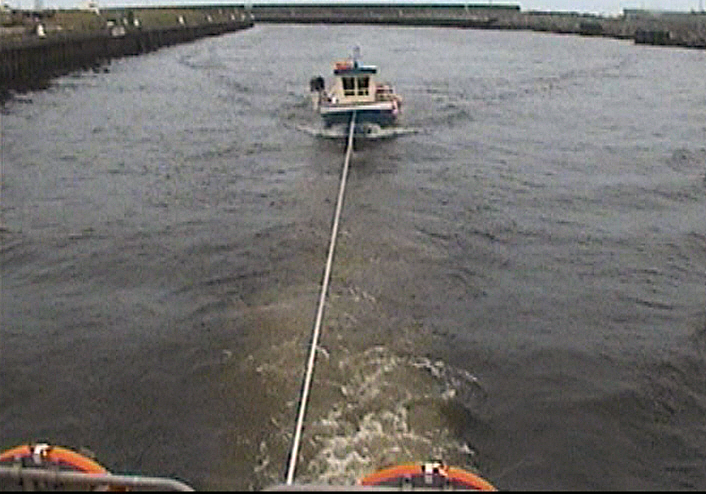 The all-weather lifeboat Jock and Annie Slater put to sea shortly after 2:15pm under the command of Coxswain Nick Keogh and a volunteer crew, following a launch request from the Irish Coast Guard to assist a fishing vessel with a rope fouled propeller.

A towline was established, and the fishing vessel was towed south to Arklow harbour. Once the boat was secured and the two fishermen landed safely ashore the lifeboat returned to Wicklow.