A specimen of the largest animal to ever live, a blue whale that beached in Wexford Harbour over 100 years ago, is to take centre stage in the central hall of London’s famous Natural History Museum.

The behemoth measuring over 25 metres long will no doubt capture the imagination of visitors and challenge the way people think about the natural world. 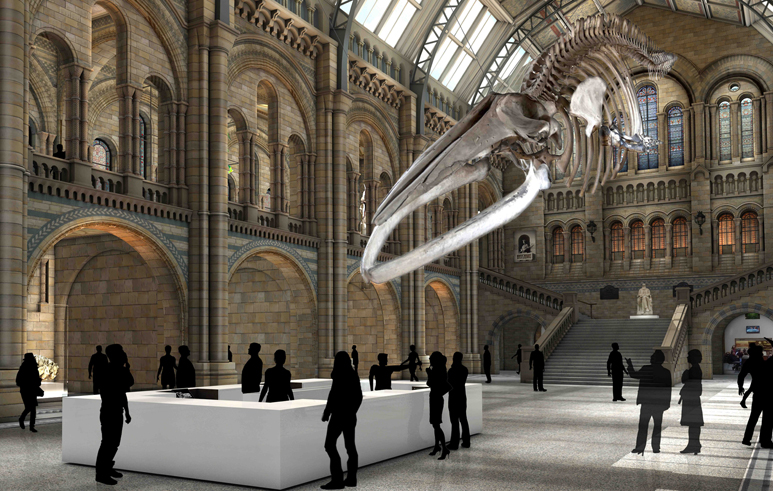 The public bid farewell to Dippy the diplodocus last week. The famous dinosaur skeleton has stood in London’s Natural History Museum’s central hall since 1979.  Dippy the diplodocus, 21.3m (70ft) plaster cast skeleton is getting put back into storage to make way for the enormous Wexford Whale.


The Wexford whale is a skeleton of a blue whale, the largest creature on the planet, that beached on in Wexford Harbour in 1891 after being injured by a whaler. The 25.2m (83ft) long whale was bought by the museum for £250 and first went on display in 1938 with the opening of the Mammal Hall. It’s remained there suspended over a 28.6 metre life size model. But skeleton will now take centre stage in the famous London museum, suspended vertically as if diving on to visitors with its mouth open.