Some weird and pretty darn confounding objects wash up on the Irish coast. Many of these objects have travelled thousands of miles to be discovered on our shores by keen eyed beachcombers and unsuspecting walkers. These treasures can often be mysterious, sometimes dangerous and, while pretty fascinating, they go to show the extent of how far marine litter can travel! 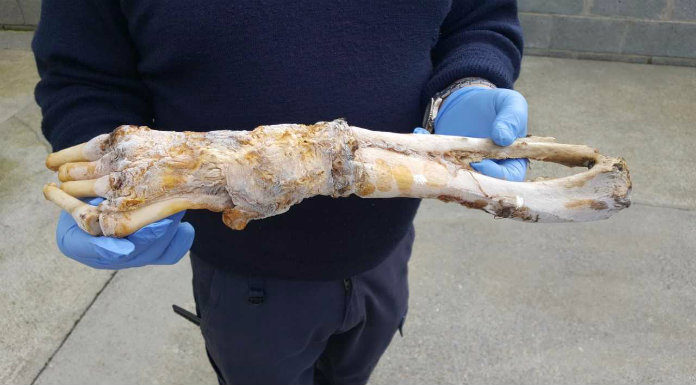 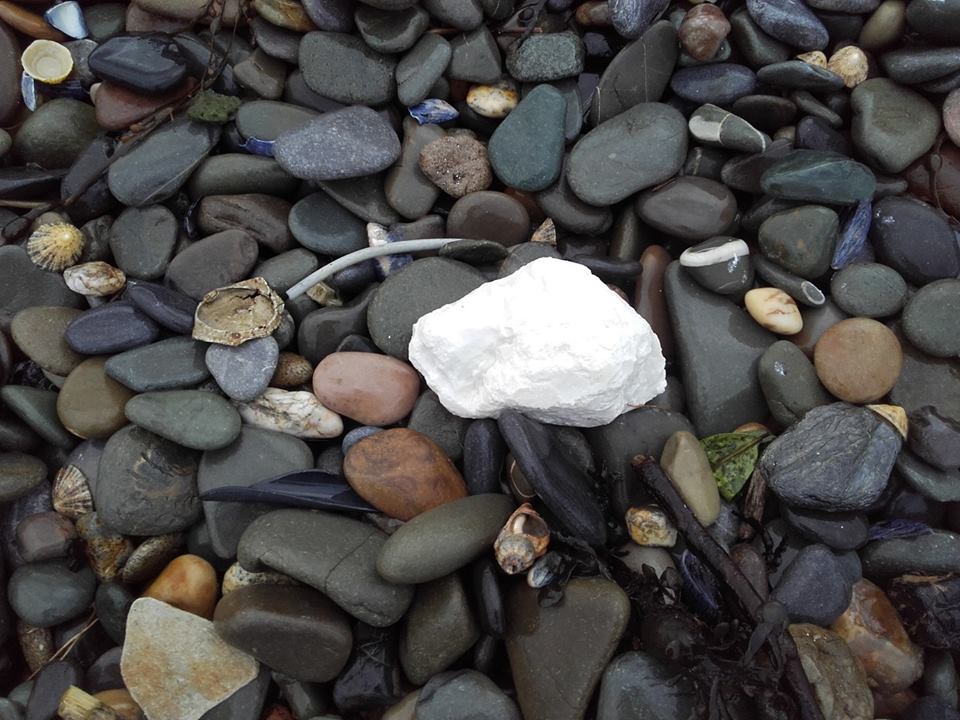 Some of the things that wash up can be dangerous and these aptly named fatbergs were one of them. A number of congealed balls of fat were discovered at Hoare’s Rock, Skerries. Tests showed the substance was palm oil which can make your four-legged friends pretty sick if they ingest it. So you can only imagine what it does to the fish! 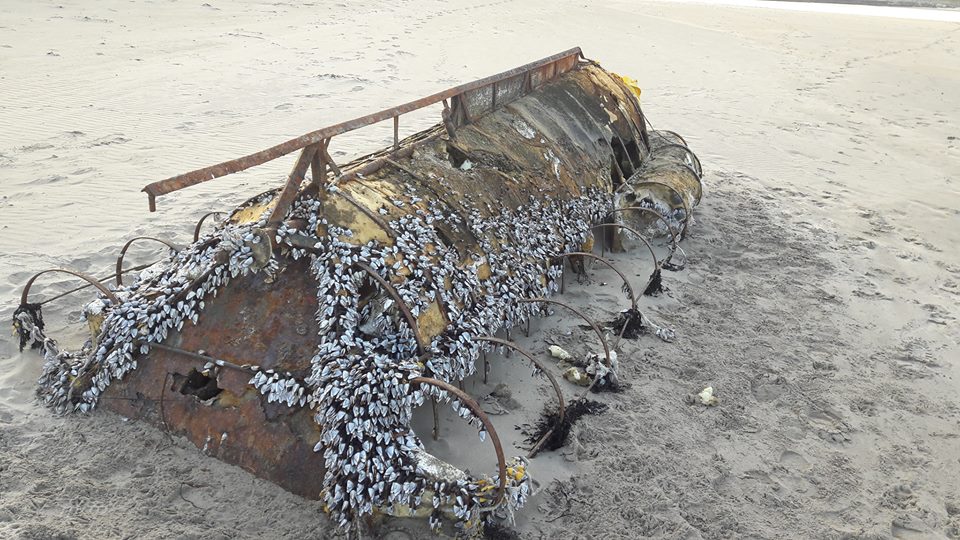 This barnacle-encrusted homemade Cuban refugee boat remained afloat for an incredible 4000 miles across the Atlantic Ocean! This is the first time such a vessel has been recorded washed up in Europe. 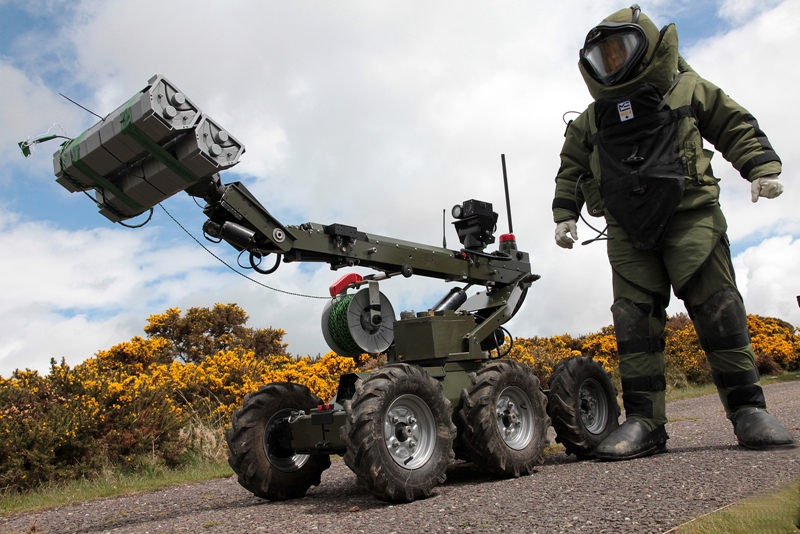 This is another one that would go on the ‘do not touch’ list. A Donegal family found a pretty cool object when out on their walk and brought the memento home only to realise they got more than they bargained for – a WW1 artillery shell. Luckily for them the called in the calvary and the army bomb squad came in made it safe. Phew! 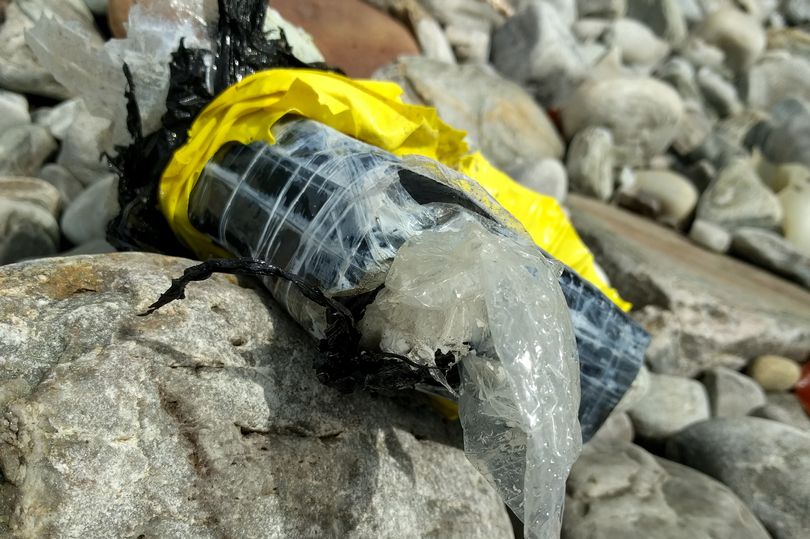 To quote Mrs Doyle “There’s cocaine in it!’ €50,000 worth in fact. An American tourist discovered a strange package containing cocaine while out walking near Minaun Cliffs on Achill Island. Gardaí believe it may have been part of a larger consignment of drugs that fell into the sea off the Irish coast. 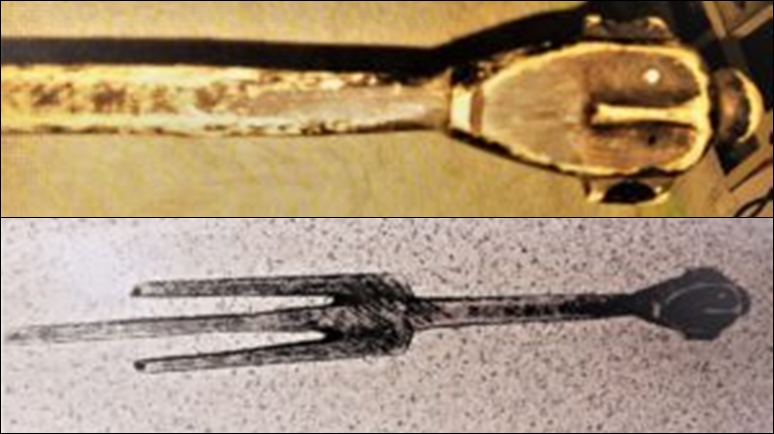 This strange-looking wooden fork sculpture washed up on Tory Island last May prompted an investigation into its mysterious origins. Officials at the National Museum of Ireland believe that the object may be traced back to a tribe in Africa.