After an epic 155 days at sea in the wild Atlantic, a one metre-long vessel launched by an elementary school in America, powered and directed only by the wind, has made landfall in Co. Mayo, Ireland. 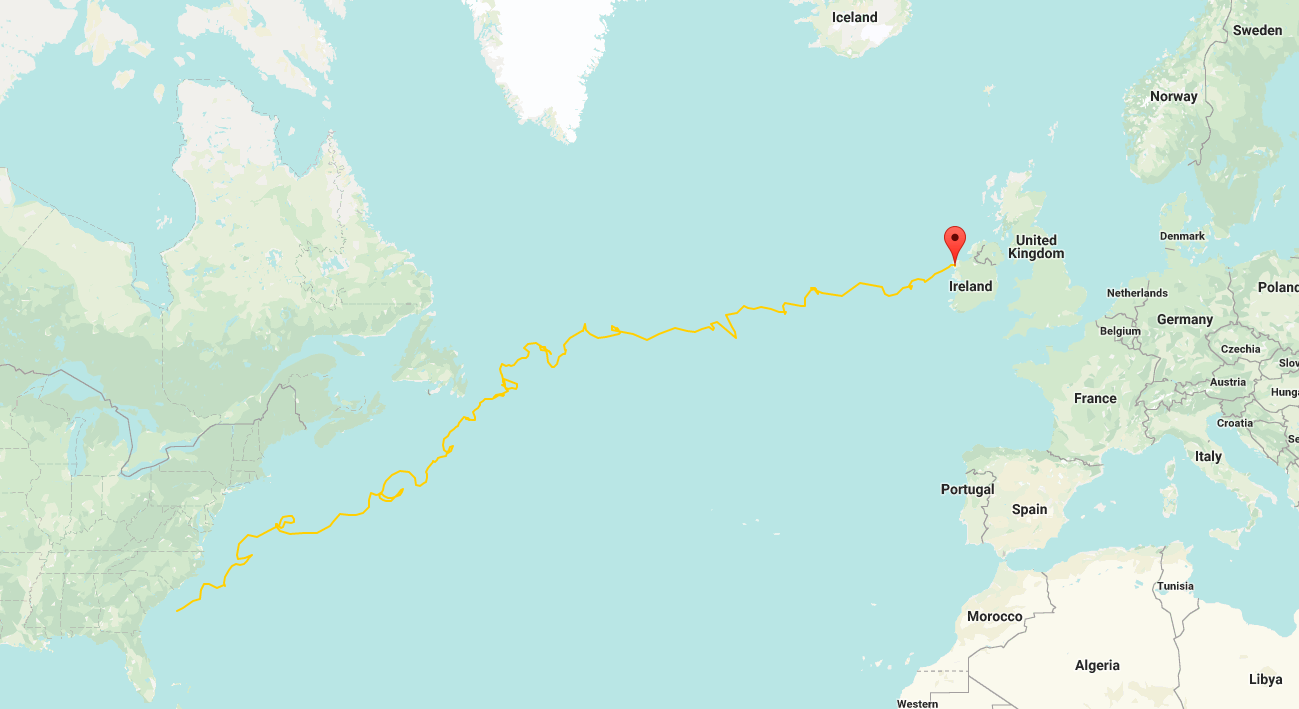 The HVES Cruiser was launched by the students of Harbor View Elementary School in Charleston, South Carolina on May 10, 2017 as part of an educational experiment to understand ocean currents and winds. Assisted by the US Coast Guard, Capt. Tom O’Brian noted the weather that day; it was “a nice south westerly wind of 10 knots and 2-3 foot seas”. But it would not be all fair weather for the little vessel on its voyage. 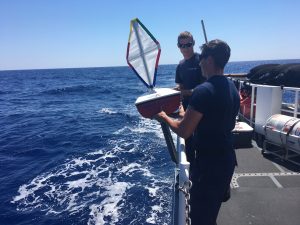 The vessel was tracked by GPS as it spent 155 days wandering the sea at the whims of the wind. It would have endured some harsh conditions at sea – caught up initially in hurricanes and tropical storms along east coast of the United States and more recently exposed to the powerful conditions during the passage of Storm Ophelia along the west coast of Ireland – but it managed to survive, arriving on the shores of the Ballycroy coast on October 12. A local man discovered the boat and brought it to the local Drumgallagh National School, whose students opened up the water-tight compartment, inside finding a painting of the Charleston flag, a keyring, some coins and some handwritten notes from children from the school.


From the elementary school’s perspective as they tracked the vessel progress and it neared Ireland they noted: “On the morning of 11 October 2017, we saw she was apparently reporting from the shore of a remote island of “Duvilluan More”. With only one or two buildings on this rocky island, it seemed likely the story was over but later that same day, she reported underway and on route to the mainland and, the following morning of 12 October, she was reporting from a sandy beach in a sparsely populated area of Ballycroy!”

“Later in the day, we saw she was several miles inland heading up Highway N59 and then, a few days later, started reporting from what appears to be a school! We thought it might be the Drumgallagh National and, sure enough, we got the email on 16 Oct saying: “Hi all in Charleston. We just want to let you know that your HVES Cruiser has arrived safely in Ballycroy and we have examined the contents in our school today. All of the children are extremely excited. Best Regards Mary calvey. School Principal”.