On the 4th May 1917, less than a month after America entered the war, six US Naval Destroyers arrived in Queenstown (now Cobh), Ireland. This event was to have a huge social and economic impact on the area and to commemorate the centenary of this important event there is a number of events and exhibitions taking place around Cobh and Cork. 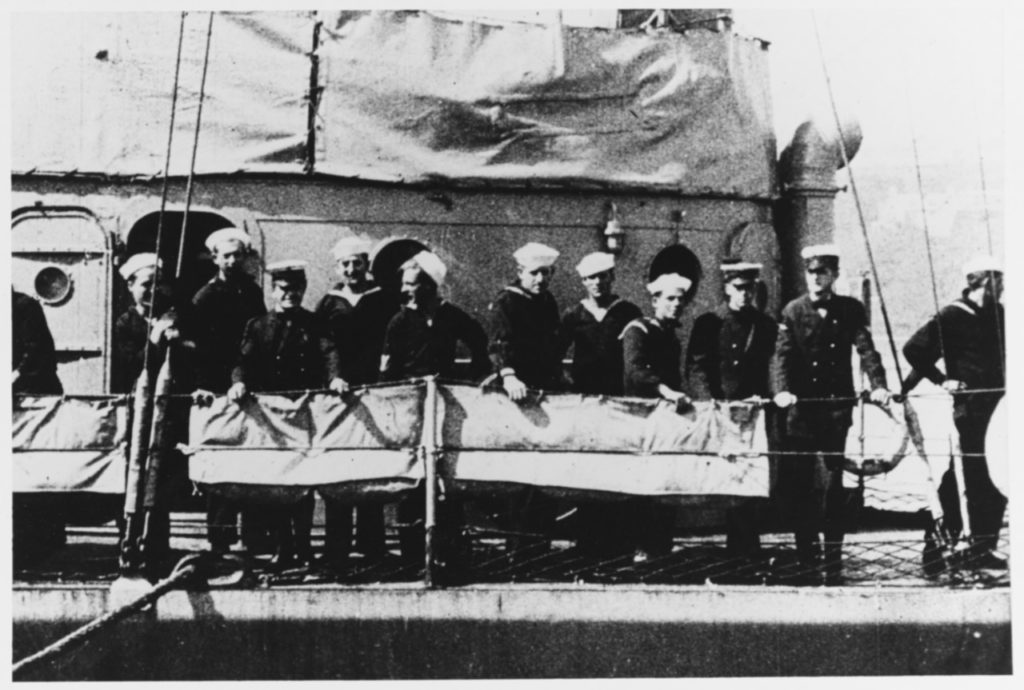 Crewmen of one of Commander J.K. Taussig’s flotilla, on their after deck of their destroyer, at Queenstown, May 1917. Credit Naval History and Heritage Command

After nearly three years of growing tension and tragedies like the sinking RMS Lusitania fueling the fire, America had finally reached tipping point and on the 6th April 1917 they entered the war.

Less than a month later on the 4th May 1917 the first fleet of six US Naval destroyers arrived into Cobh Harbour under the command of Commander J.K. Taussig, an event that would have a profound effect on the town. 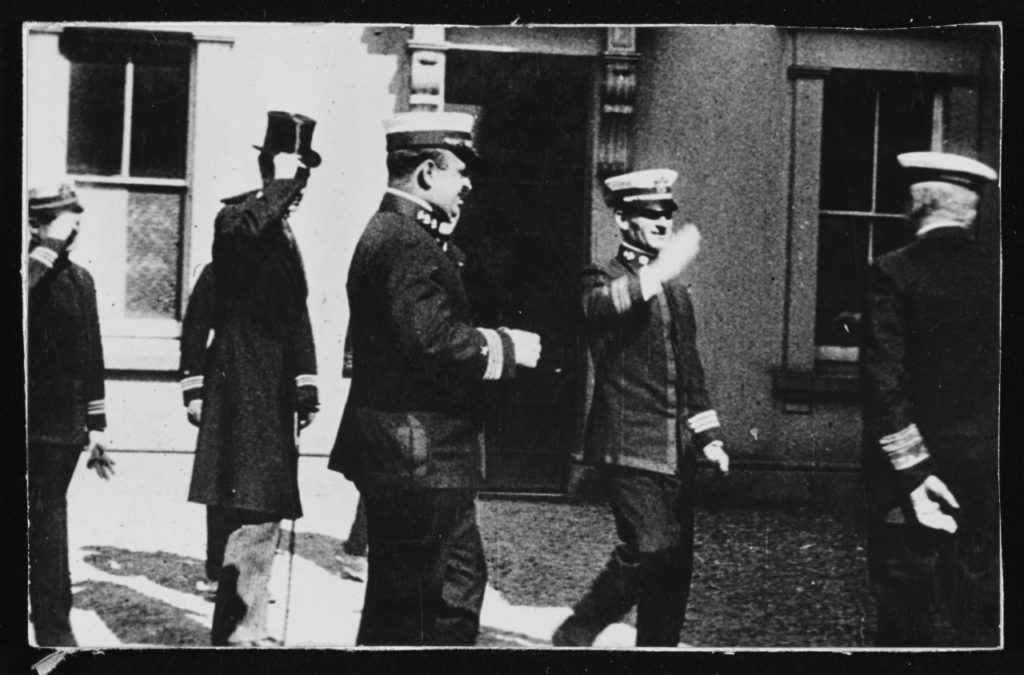 Over the course of the next two years a thousand US Naval serviceman would be stationed around Cork Harbour and Bantry Bay. Their arrival would have huge impact not only for the local economy and infrastructure but they would also cause a stir among the locals. 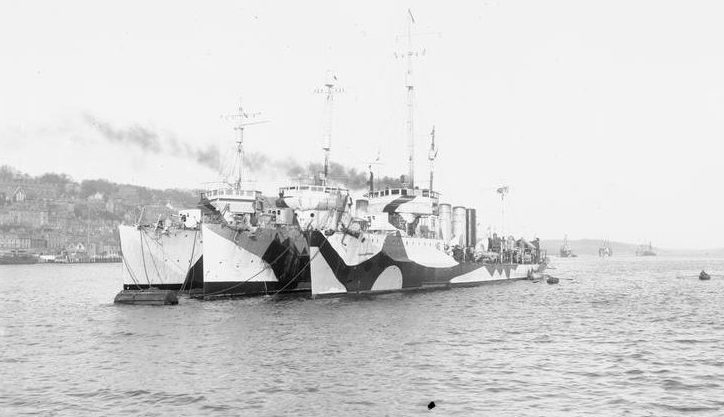 Up to this point shipping channels through Irish waters had essentially become a U-Boat killing free for all. The German submarines wreaked havoc and the waters became perilous for naval and neutral ships alike. The arrival of the US Navy destroyers and submarines opposed this threat and provided vital protection.


They also brought with them employment for local men building an extensive range of facilities, military sites, barracks, training areas and a hospital. Infrastructures that are still in place today. 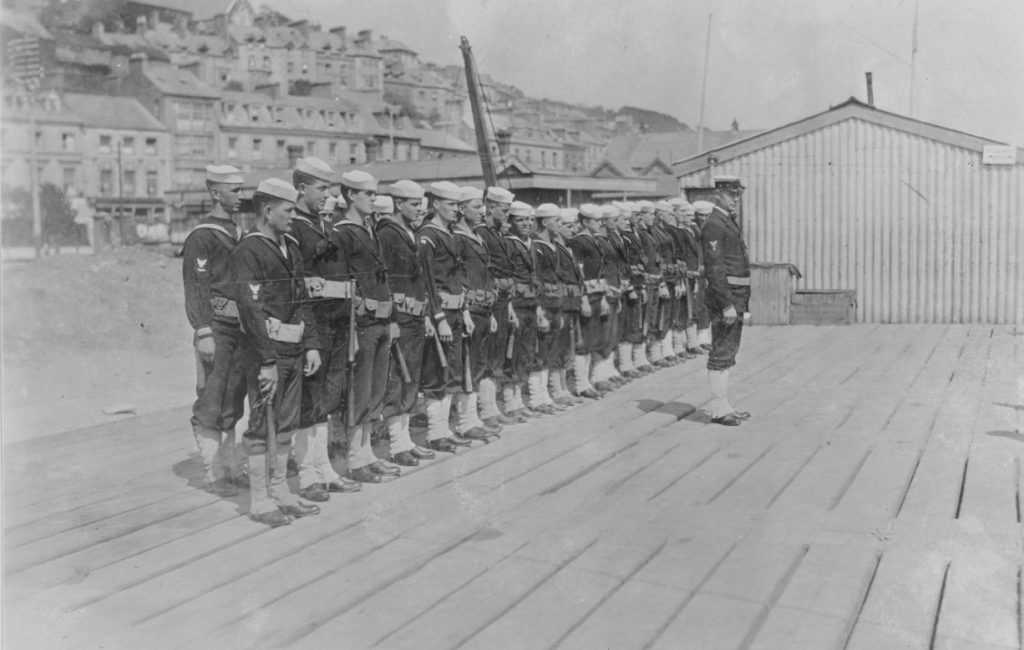 But not all aspects of the US arrival were positive. Local men were none too happy that Naval personnel were catching the eye of the local girls. Many women fell for and married their American sweethearts and headed off to the States for a new life. Locals were not happy and woman were assaulted and attacked in the street for being seen with Americans and US sailors were banned from Cork City. 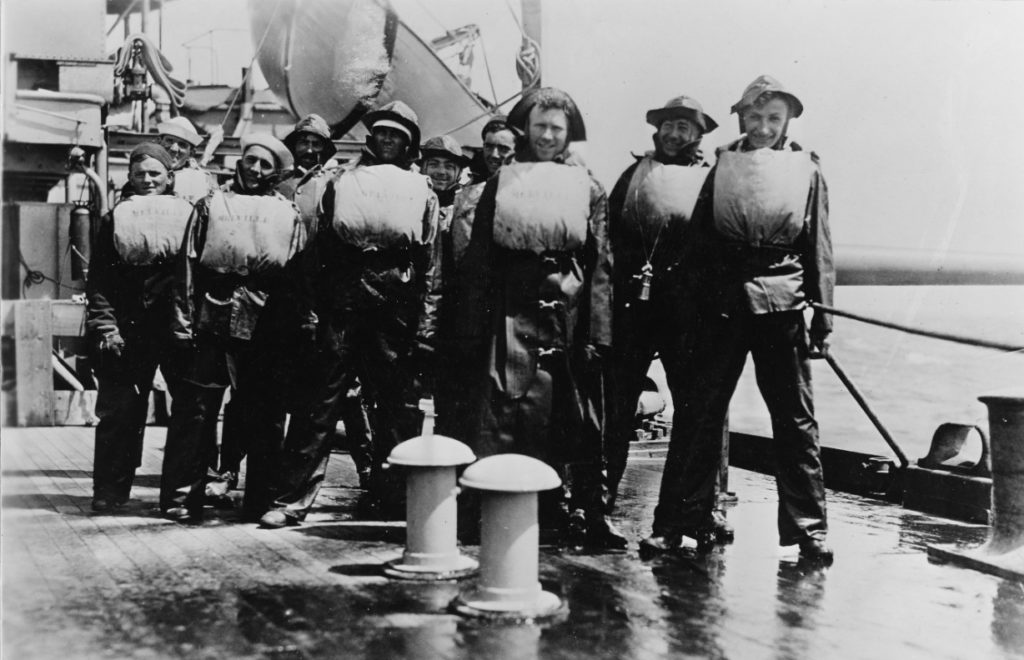 Crewmen in foul weather gear and life jackets during her voyage to Queenstown May 1917. U.S. Credit Naval History and Heritage Command

These stories and the impact of the US Naval arrival will be commemorated with a number of events throughout Cobh and Cork next week and during the coming months.

Some highlights not to miss:

When thousands of American navy came to Ireland they caught the eye of local women. This ended in many marriages and became a major social issue. This exhibition organised by archaeologist and historian Daniel Shiels gives a fascinating insight into the story of these women.

An exciting panel discussion as part of the CAFE Readers’ and Writers’ Festival will take place at 7.30pm on Thursday 4th May in Cobh Library. The discussion panel will feature a number of experts including History Ireland editor, Tommy Graham, John Borgonovo (UCC), Michael Kennedy (RIA’s Documents on Irish Foreign Policy), Jennifer Wellington (UCD) and Michael Martin (Titanic Trail) and will talk through some of the major issues and questions of the First World War focusing on 1917.