“Seaweeds in the intertidal zone may look quite similar, especially in terms of colour. By using a drone equipped with a special type of camera, a hyperspectral sensor, we are able to view the areas of the electromagnetic spectrum that can’t be seen by the human eye or a normal camera.

This allows us to identify subtle colour changes between the different species of seaweed. Using a computer programme, seaweed can then be identified when looking at images produced by the drone.” 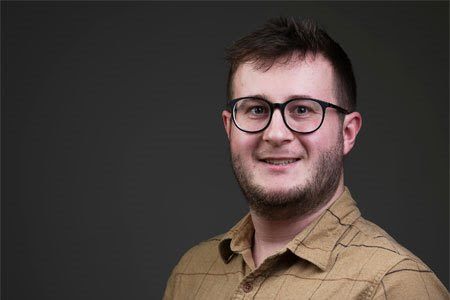 Meet Tom Rossiter, a PhD student at the National University of Ireland, Galway and a Marine Institute funded Cullen Fellow.

His research, entitled ‘An Integrated Approach towards Seaweed Resource Assessment’ aims to develop methods to map the distribution and the total quantity of two seaweed species in pilot study areas in Ireland. 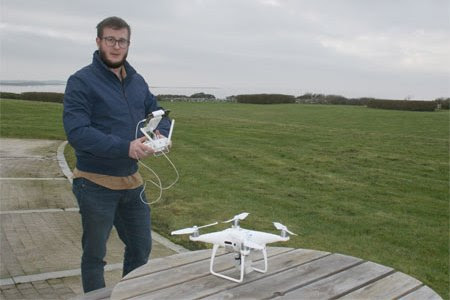 “By measuring how long it takes sounds to travel from the sensor to the seabed, we can map water depth. As the seabed is hard, it strongly reflects sounds and provides a clear image. Kelp will often appear as noise above the clear image of the seabed. By tuning the frequency of our acoustic sensor, we can focus on this noise which enables us to further understand the height and area covered by kelp,” Tom said.

Tom’s research is being undertaken as part of the INFOMAR Programme. INFOMAR is jointly managed by the Marine Institute and Geological Survey Ireland and funded by the Department of Communications, Climate Action and Environment. INFOMAR surveys Ireland’s unmapped marine territory and is also creating a range of integrated mapping products of the physical, chemical and biological features of the seabed. 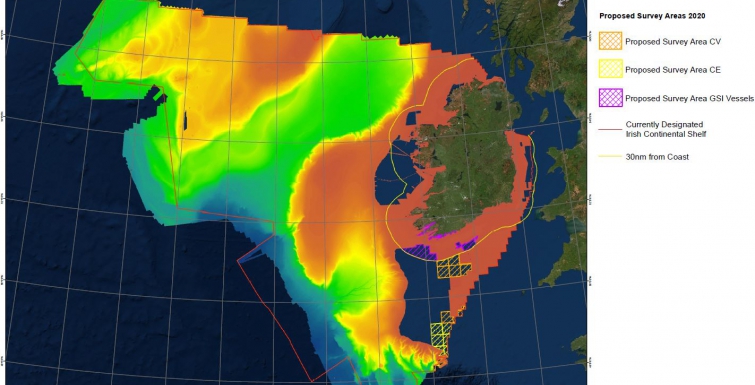 Tom is working in a space where established mapping techniques have not yet been developed. He says his research will provide data to support informed decision-making about how to assess environmental impacts and manage Ireland’s seaweed resource in the future.

“With increasing awareness of the value of seaweed, both ecologically and economically, it is imperative that effective management decisions are made to ensure the sustainability of this resource. Potentially the methodologies that are being developed could be scaled up to allow for the mapping of larger areas and to provide the data that decision-makers require.”

Tom says one of the many benefits of the Cullen Fellowship programme is being a part of the INFOMAR team and engaging in activities outside of his PhD.

“Whilst also being integrated into the university setting, I have been involved in science outreach activities, and have had the opportunity to work in different areas, including surveys on the RV Celtic Voyager. Being part of a group of like-minded researchers has also created a valuable support network, as well as many scientific discussions.”

The Marine Institute funded Cullen Fellowship programme builds marine research capacity and capability by equipping graduates with the skills and expertise in raising awareness about our ocean, as well as Ireland’s rich marine biodiversity and ecosystems. The programme has provided grant aid to the value of €2.06 million supporting twenty-four PhDs and three MSc students over the last five years.