The RMS Titanic, built in the dockyards of Harland and Wolff in Belfast, is easily one of the world’s most famous ships. The biggest vessel of her day and hailed as unsinkable, she is unfortunately best remembered for the disaster that befell her maiden voyage when she struck an iceberg and sank with the loss of 1503 souls.

Now a replica of the famous Titanic is set to sail in two years thanks to the efforts of an Australian Billionaire. But is this a fine tribute to a legendary ship or just crass commercialism?

There have been many tributes to this legendary ship down through the years but now an Australian Billionaire intends to go one step further by building an exact replica, namely the Titanic 2. This new project is the vision of Clive Palmer, owner of the Blue Star Line shipping company, who announced the project back in 2012 on the 100th anniversary of the Titanic. Original plans saw the ship launched in 2016, this has now been delayed to 2018. 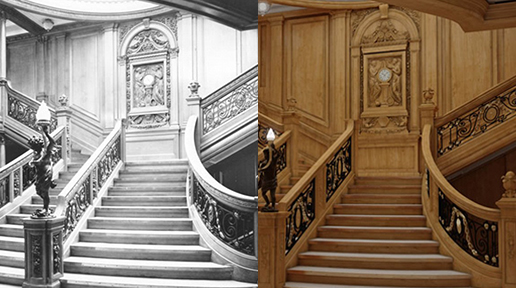 The ship will be virtually identical to the original save for a few modern improvements. The hull will be welded instead of rivets, there will be modern equipment, digital navigation, radar, satellite control and to meet today’s maritime safety regulations the ship will be four meters wider. It will have 9 floors and be able to accommodate 2,400 passengers and 900 crew and offer three sets of tickets first, second and third class. The Titanic 2 will take a different route than her predecessor travelling from Jiangsu, China to Dubai.

Titanic 2: What do you think?

Relatives of some passengers who died aboard the Titanic have called these plans insensitive but the project has so far received largely positive responses with Blue Star already getting inquiries from potential passengers.

So what do you think? Fine tribute or tragic sequel?