The high-speed Thunder Child has set a new round Ireland record in the first ever circumnavigation of Ireland, via Rockall. The speedboat set out Tuesday morning from Cork harbour on a truly amazing journey around Ireland through some of the roughest seas on the planet. 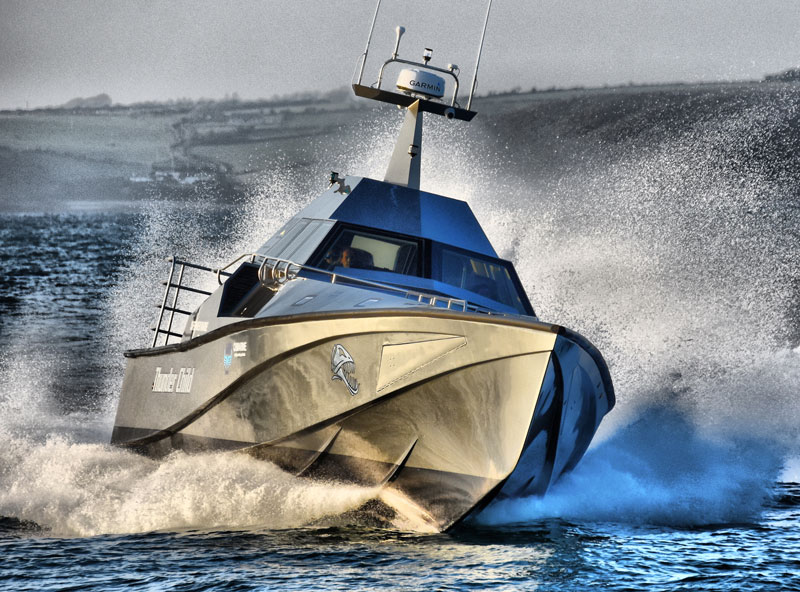 Starting at the Cork harbour the crew, Frank Kowalski, Ian Brownlee, Mary Power, Ciaran Monks, and Carl Randalls, traveled up the east coast at times going in excess of 80 kph. Their first pit stop was at Portrush were crowds gathered to cheer on the crew and catch a glimpse of the beast of a boat!

During the night they thundered towards Rockall – a rocky outcrop that lies around 460km north-west of Malin Head.

Yesterday afternoon they headed towards their final fuel stop at Ballyglass Co. Mayo and then on to the home stretch towards victory.

#thunderchild crew laying flowers at the scene of the Rescue 116 tragedy at Blackrock Lighthouse in Blacksod Bay RIP pic.twitter.com/YfpFRmu92i

The crew made one more stop at Blacksod to pay respect to the crew of Rescue 116 that tragically lost their lives earlier this year.

Thunder Child crossed the finish line in 34 hours, 1 minute and 47 seconds. In total they travelled over 2000 km at an average speed of 32 knots, an amazing achievement which will be very hard to top!