After months of high-speed and endurance tests the Cork-based SafeHaven Marine’s Thunder Child has begun its record-breaking round Ireland attempt. 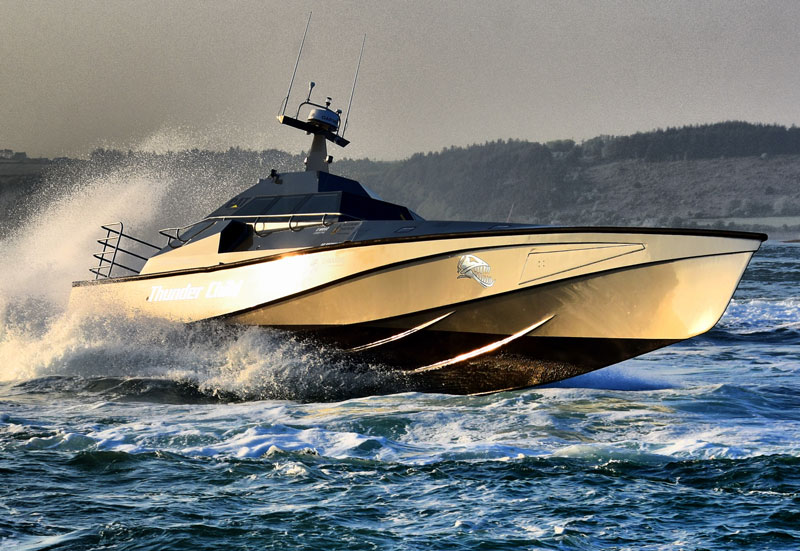 The 60ft high-speed boat Thunder Child built by Safehaven Marine was launched earlier this year and was put through its paces in a series of high-speed and endurance tests in preparation for the big day.

The plan is to circumnavigate the entire island and they’re including the distant rocky outcrop of Rockall which lies about 460km north-west of Malin Head as well. This is the first time such a record has been attempted and the route involves a 1,000 km open ocean crossing into the North Atlantic, one of the roughest and most notorious seas on the planet.

The record attempt began on Tuesday morning at approximately 9am.

Latest Position 115km and 2hours into its journey

They expect to complete the journey in about 30 hours which will involve several hours navigation in the dark and will inevitably encounter rough conditions which will put incredible stress on both vessel and crew.


Best of luck to the crew and you can track the team’s progress here.