Spectators were treated to a high speed display at Cork Harbour on Saturday when two top class vessels carried out a number of high speed runs.

Cork Harbour Festival kicked off last weekend and things were revving up in Cork Harbour. The Allblack Racing Team, headed up by Skipper John Ryan were in Crosshaven on the weekend on their record-breaking boat the Allblack SL44. On Saturday, Safehaven Marine’s Thunder Child with skipper Frank Kowalski at the helm arrived in Crosshaven and visitors were able to see these two radical vessels moored up together whilst enjoying an open day at the RCYC in Crosshaven.


The Allblack Racing team hold the current circumnavigation of Ireland Record whilst Team Safehaven Marine on Thunder Child will attempt to set a new world record this summer on the gruelling route –Longway Round Circumnavigation of Ireland via Rockall. This route involves a near 2,000 KM journey including a 1,000 KM open ocean crossing and has never been attempted before. 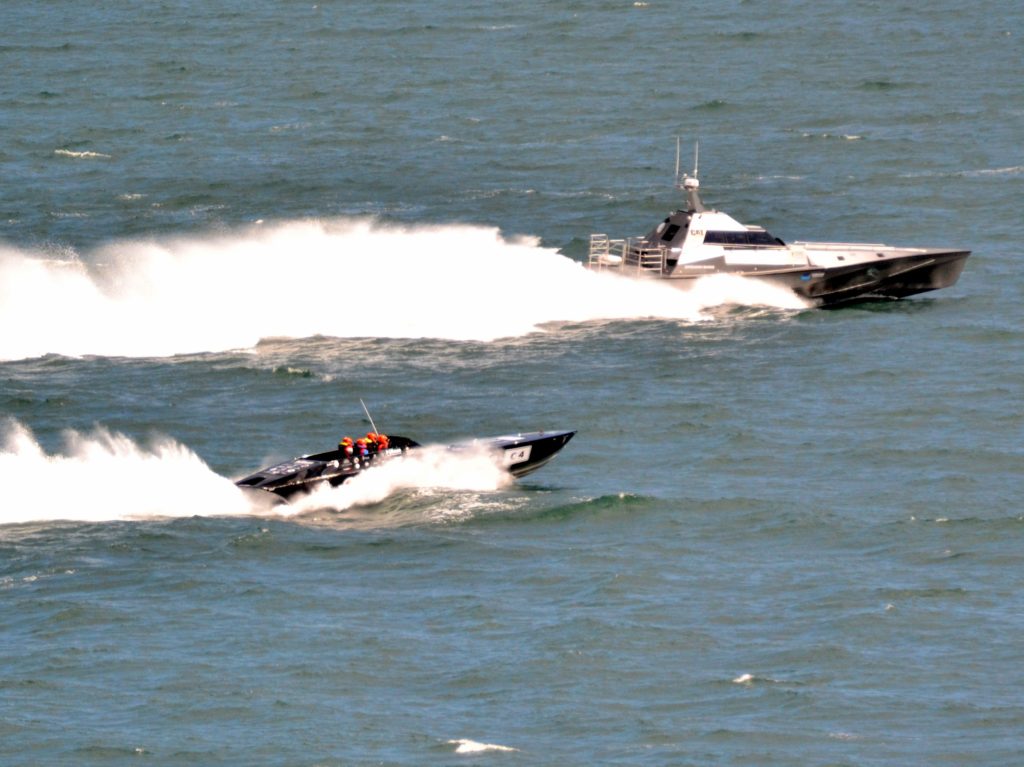 In the afternoon both vessels headed out into Cork harbour for some testing and carried out a number of high-speed runs in Cork Harbour. It was a spectacular sight to see these two high-seed radical vessels testing together, both of whom are a great testament to all that is happening in the powerboat and marine sector in Ireland.

As an internationally recognised designer and manufacturer of high speed commercial craft, Safehaven Marine based in Youghal has already built a reputation for exceptional sea keeping capabilities, stealth and strength. The company’s boats are deployed internationally for search and rescue missions, security and patrolling in open water and piloting in harbours as well as military and naval operations.