Some pretty spectacular ships sailed into Dublin Port this afternoon for the Dublin Port Riverfest.

There’s nothing quite majestic as tall ships in full sail so we headed out to Poolbeg lighthouse to catch these beauties making their way into port.  These a just a few of the ships that will feature in the festival that is taking place on North Wall Quay all weekend. Here’s a low down of the new arrivals. 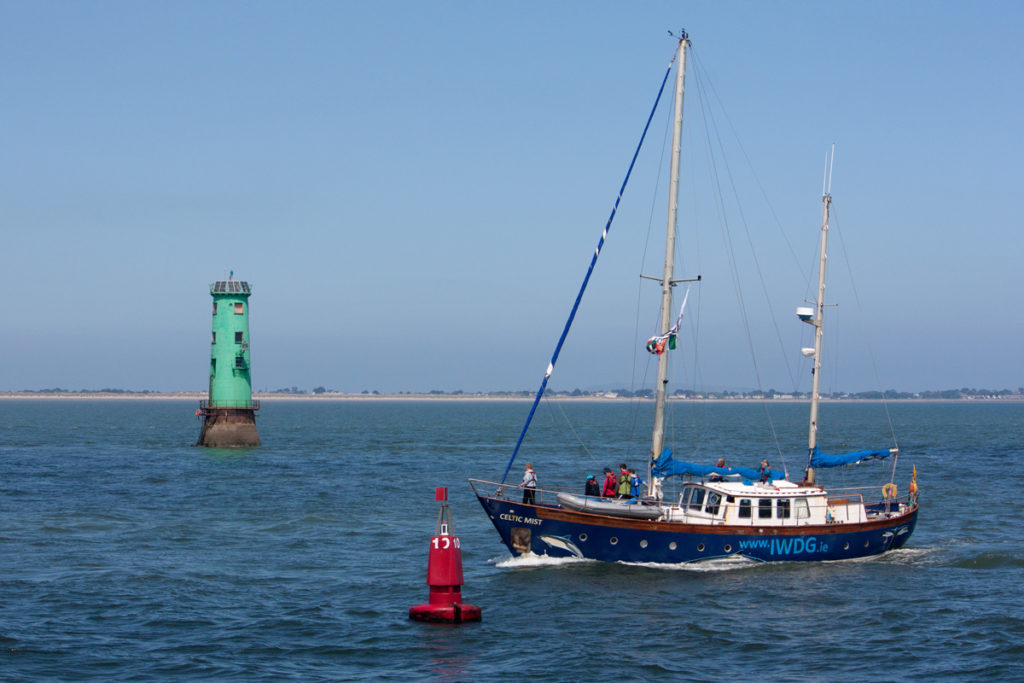 The boat was originally the family yacht of Charles Haughey, former Taoiseach, and was donated to the Irish Whale and Dolphin Group (IWDG) back in 2012 to be used as a research vessel. Aboard the ship the IWDG do fantastic work researching, tracking and promoting these beautiful creatures. They are currently sailing around the country as part of an anniversary cruise to celebrate the 25th anniversary of Ireland being declared a whale and dolphin sanctuary. The last few days the crew have been searching for the bowhead whale that was spotted last Sunday, this was the first time this species was spotted in our waters. 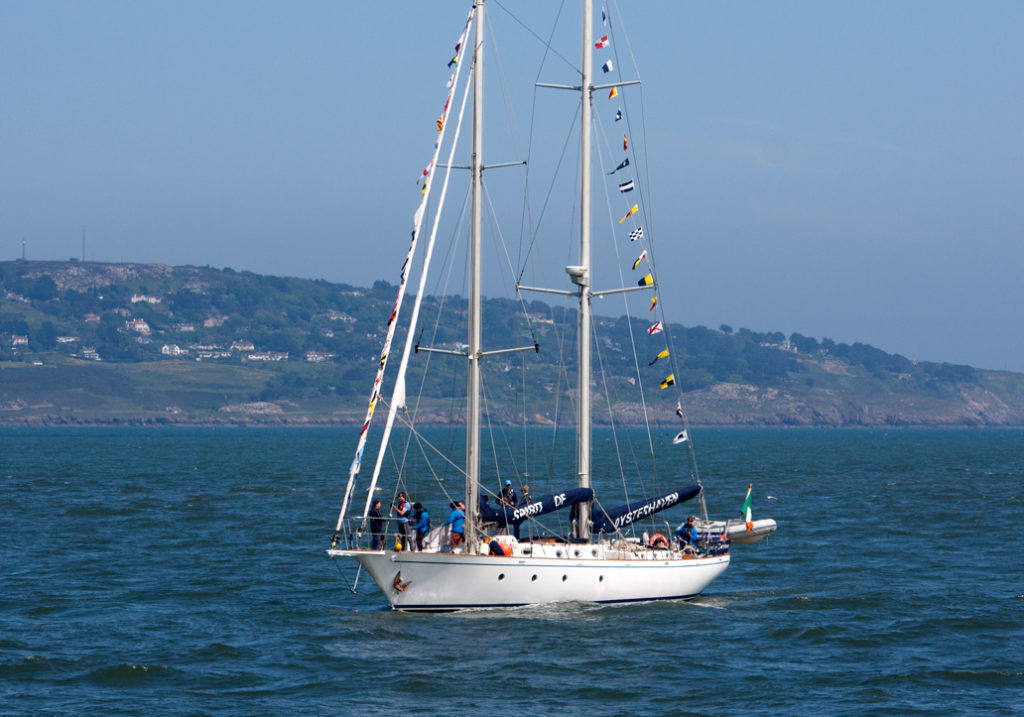 The Spirit of Oysterhaven is Ireland’s largest sail training vessel and the flagship of the Oysterhaven centre in Co. Cork. The 70ft schooner is a classic steel Schooner of traditional design. She was commissioned in 1971 by a French yachting enthusiast and designed by naval architect Frederick Parker and named Senouire. Oysterhaven acquired her in 1999. Working closely with Sail Training Ireland they attends Maritime Festivals and developing sail training programmes around the country. 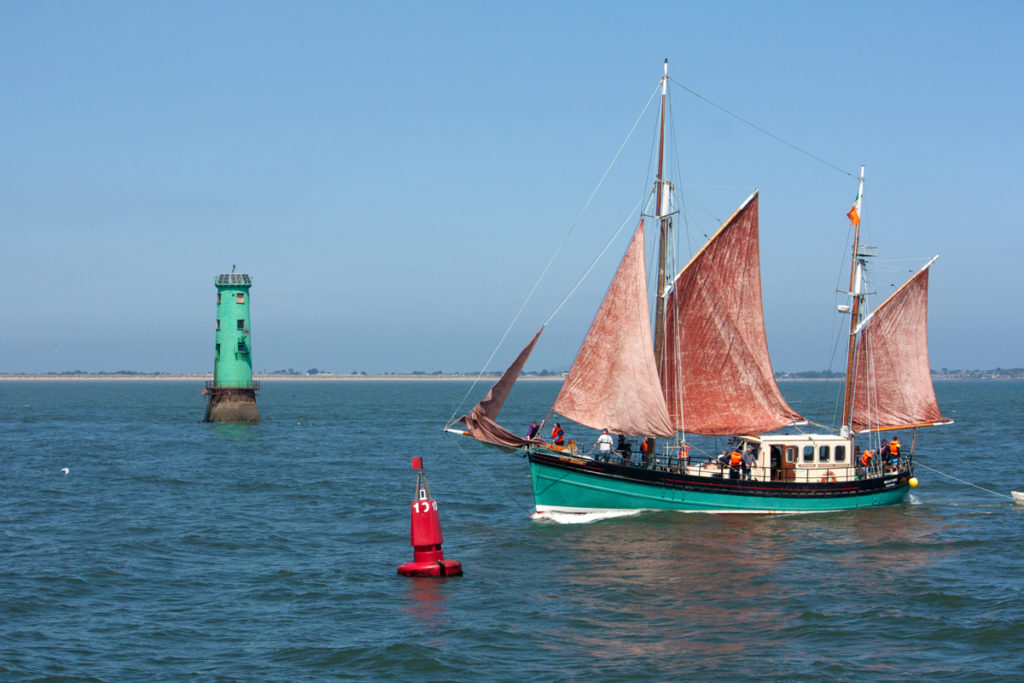 Named after the legendary High King of Munster and Ireland, Brian Ború is a traditional gaff rigged wooden sailing ketch. She sails on the Waterford River estuary and offers passengers a traditional sailing experience, bringing them on voyages of discovery of heritage and wildlife along the coast of Ireland’s Ancient East. 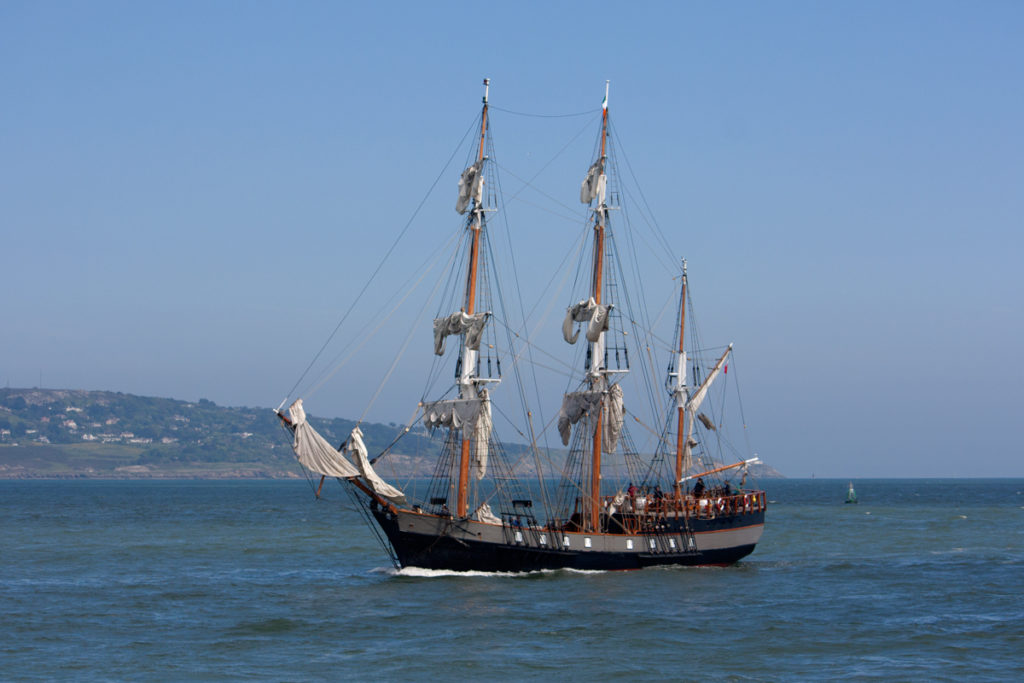 An authentic square rigged sailing vessel, she was built Sweden in 1945 as Orion and later re-modelled on Captain Cook’s HMS Endeavour. This beautiful ship has been used in many films and TV shows including Alice in Wonderland, Cloud Atlas, Cutthroat Island, Count of Monte Cristo and Treasure Island. 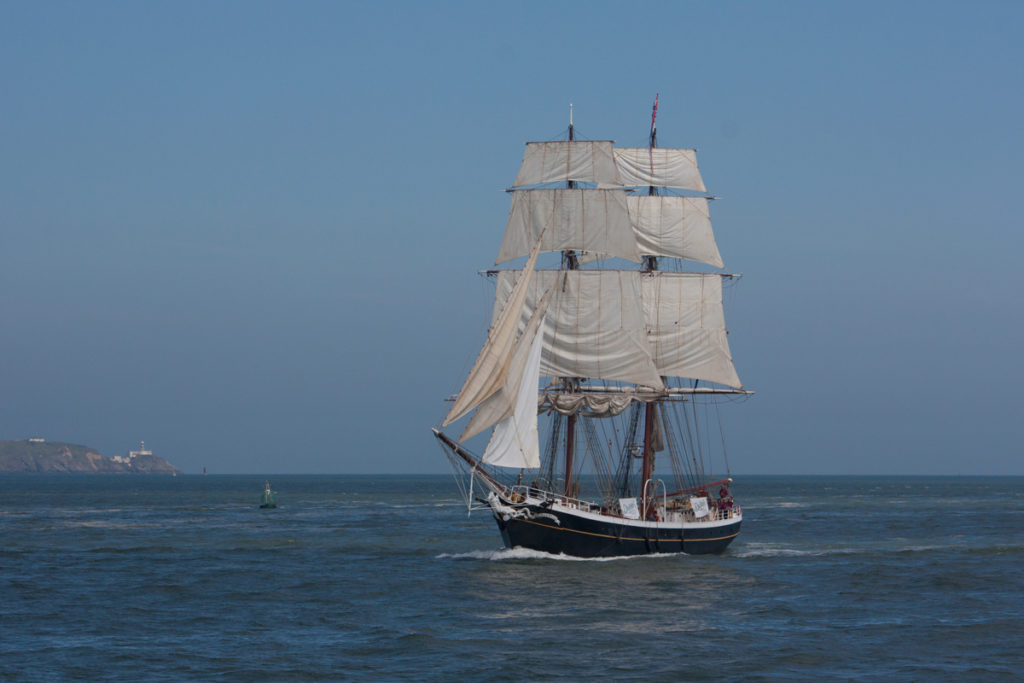 Built in The Netherlands she was launched in 1919 as Vrouwe Maria. She was built as a fishing vessel and motorized in 1927. In her time she also served as a radio ship for Radio Del Mare before she was refitted as a Sail Training vessel. Her beautiful rigging is based on American clippers from the 18th century.