Owen O’Keeffe of the Irish Naval Services was doing some research in Old Church Cemetery near Cobh in 1999 when he came upon five graves that were overgrown and unkept. Intrigued by these forgotten stone crosses he endeavoured to discover who these men were, and ultimately, he would take it on himself to do something about getting these graves restored. 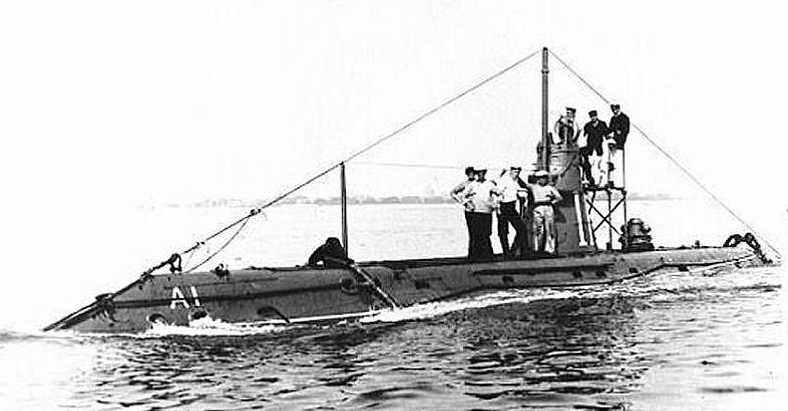 The graves were of submariners who died in a tragic accident off Cobh in 1905. Because this occurred before the First World War the graves were not taken care of under the War Graves Commission, which would account for the neglect and the reason these lost souls were forgotten.

These men were submariners on the HMS A5, a 190 ton surfaced submarine, that held a crew of 10 and was built in Barrow-in-Furness in 1904. She was commissioned on the 11th of February 1905 and sailed with her depot ship the HMS Hazard to Queenstown (now Cobh), stopping by Kingstown (Dun Laoghaire) and Dunmore East along the way. On the 13th of February, she landed in the Haulbowline Naval Base at Cobh causing quite a stir. She was the first submarine to visit here so crowds flocked to see her arrival. 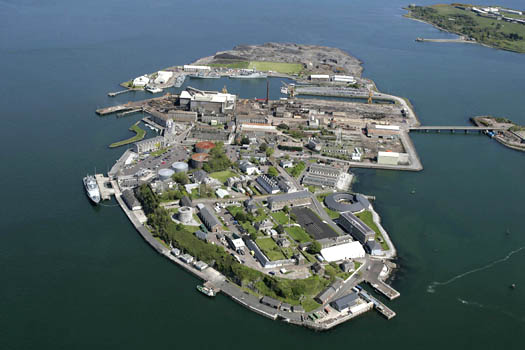 Haulbowline Naval Base at Cobh

The next two days they spent preparing for some exercises for the A5 to show off some of her capabilities to the officers present at the Naval Base. On the 16th of February, the day of the presentation, the submarine refuelled from the Hazard. Two hours later there was an explosion inside the A5 towards the stern, caused by petrol mixing with the air and being ignited by a spark from an electrical switch. A second explosion happened a half-hour later in the conning tower.

The force of the explosion blasted the men out of the main hatch and into the water. Five of the crew, F.C. Skinner, Charles Sinden, Arthur Manley, William J Pryor, Stoker Ernest Goldthorpe, Stoker Harry Davis were killed, the other crew members were injured but survived.

Sub Lieutenant Skinners remains were taken back to Bedford, his home town. The other men were buried with full military honours in Old Church Cemetery. Over the years their story slipped from memory until the day O’Keeffe strove to uncover the tale.

The Irish Naval Service donated a memorial, a granite block with a brass plaque that tells of the tragic accident that took the lives of these submariners. It was unveiled in a ceremony in March 2000 and each year a Cork & County Branch will lay a wreath at the memorial so never again will their story be forgotten.