A downgrading of bathing water quality at Merrion Strand in Dublin has seen a not wholly unexpected spike in talk about the menace of seagulls.

While the recent Environmental Protection Agency (EPA) report has cited a number of causes for the poor water quality, one of which being sea bird droppings, and an EPA spokesperson has stated the relative contributions of each factor to the problem are unknown, many it seems are happy to single out the unpopular seagulls as the problem with some even advocating a cull as the solution. 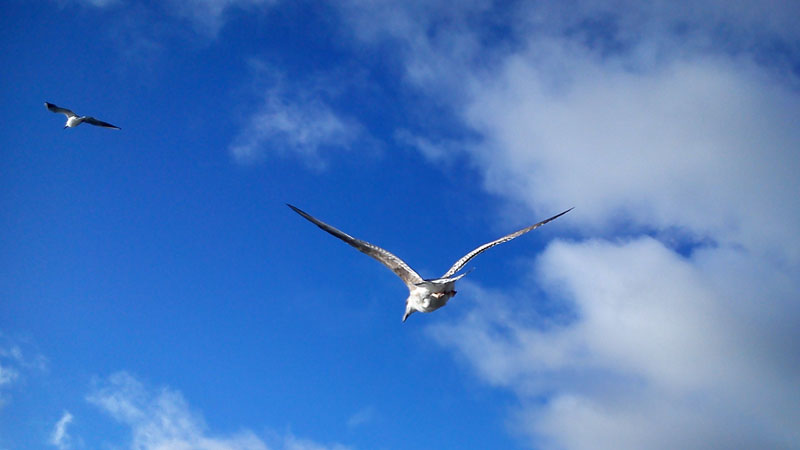 But if the causes of the pollution are unclear, and the people who carried out the research have said as much, it raises the question: what’s really our problem with seagulls?

From the sandbar at Merrion Strand The seagulls point of view

The EPA report on Bathing Water Quality has seen six Irish beaches receive the substandard ‘poor’ rating and for Merrion Strand this new classification represents a decline in water quality. The report lists several reasons for the poor rating with Merrion Strand found to have ‘exhibited a number of sporadic but significant pollution events during 2015’. Input from Elm Park and Trimbleston streams and misconnections to surface water systems have been mentioned as factors. It’s in the microbiological profiling that faecal pollution (collectively from seabirds and humans) is identified.

Commenting on the situation EPA Senior Scientific Officer Peter Webster has said Merrion Strand has a “complex pollutant problem” and that they’ve “no clue honestly if the birds are 10pc of the problem or 90pc”.

Yet before a proper investigation has been carried out into the causes, seagulls have been singled out and are taking all the flak in the media. 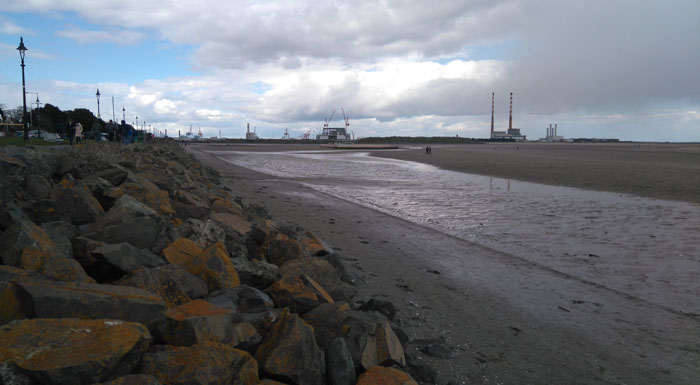 Newspapers have been consistent in their coverage of the issue with most taking the same journalistic tack, briefly mentioning the water quality issue then quickly moving on to the broader-appealing seagull menace story. Even the Guardian has chipped in an article in this easy to sell format.

Radio stations seem to love discussing the nefarious character of seagulls. Anecdotes of birds ‘swooping in stealing the food off a children’, or ‘they’re building nests everywhere’, or ‘they have no fear of people’ have been the standard comments on the airwaves.

Many residents in the city centre complain about being woken in the morning by the birds, particularly in the summer months when the gulls are more active. It’s easy to see how this could be an annoyance. Dublin City Council’s Paddy McCartan has probably heard it all before, he’s in favour of a cull if necessary.

But what’s any of this got to do with Merrion Strand and its water quality problem? Well, not very much really.

Anecdotes and incidents from elsewhere aren’t relevant to Merrion Strand. But for news media it seems adding the seagull menace angle makes for a more appealing story. 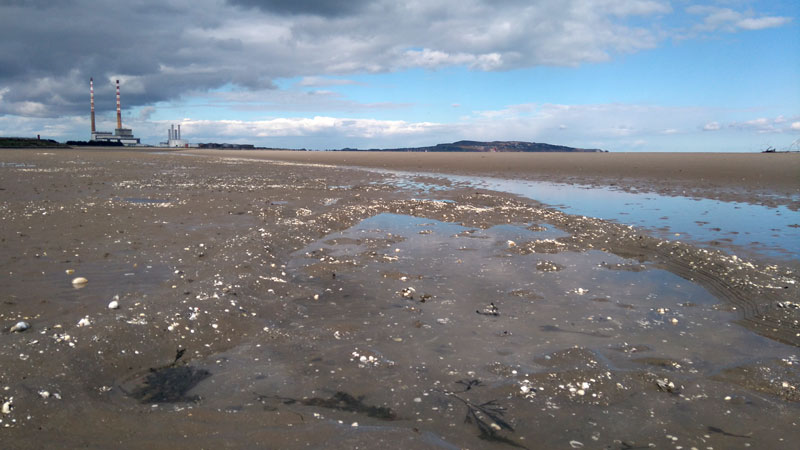 It’s really unfortunate how an EPA report into water bathing quality so quickly became an opportunity to malign seagulls and for the idea of a cull to be bandied about. Fortunately for the birds they are protected by National and European Wildlife Legislation so there’ll be no cull anytime soon.

The thing is, seagulls live in Merrion strand, it’s part of their natural habitat.

And they really don’t venture in close to the shore as often as the gulls of the city centre. They tend to gather on an offshore sandbar with other wading birds when the tide is out.

But this could change and the would be certainly no doubt as to the cause of this behaviour shift.

Trouble on the horizon A seagull and an incinerator

The Covanta incinerator on a Poolbeg opens in the next few months and the plant is set to process 600,000 tonnes of waste annually. When the regular bin trucks of waste start make their way down the strand road and in over the East link toward Poolbeg, and seagulls are drawn inshore in big numbers, who’s fault will it be?

Clearly, if we bring food to an animals home, and they take an interest, it’s really not their behaviour that should be questioned. Our problem with seagulls is one of our own making because the seagulls are only doing what comes natural to them. The ridiculous demonisation of a wild animal because of our careless behaviour is nonsensical and unhelpful.

How we interact with the coast, not seagulls, is the real issue here.