The telegraph machine from the RMS Lusitania has finally been recovered by divers from the wreck situated off Old Kinsale Head, Cork. 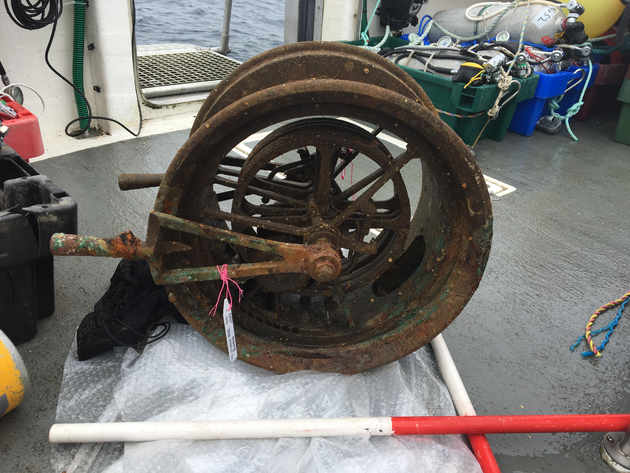 This important piece of maritime history was feared lost after a first attempt to recover it failed last year. While being raised the lift bag punctured and the telegraph fell to the seabed at the depth of 90 metres.

On the 7th of May 1915 just off Old Head of Kinsale the RMS Lusitania was fired upon by the German submarine U-20. A single torpedo struck the starboard bow and an explosion erupted within the hull. The ship began to list steeply and within 18 minutes the Lusitania was gone. The loss of life that day was tremendous with only 767 of the 1960 on board surviving.


The wreck is regarded as a war grave and is protected by an Underwater Heritage Order under National Monuments Acts. Some of the circumstances surrounding the sinking still remain unclear and the sinking was ripe with conspiracy. The telegraph machine could hold vital clues to its sinking. 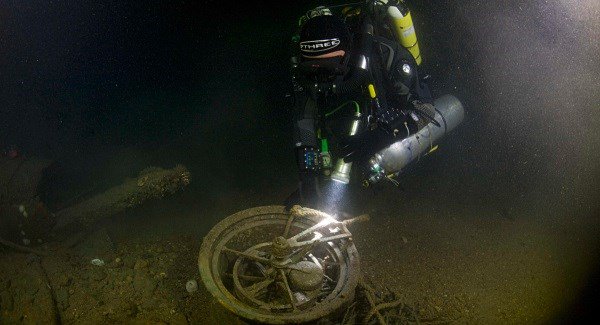 Another telegraph was recovered from the wreck last October. Greg Bemis, the owner of the wreck, intends to eventually display the telegraph and the pedestal recovered last year in a museum.