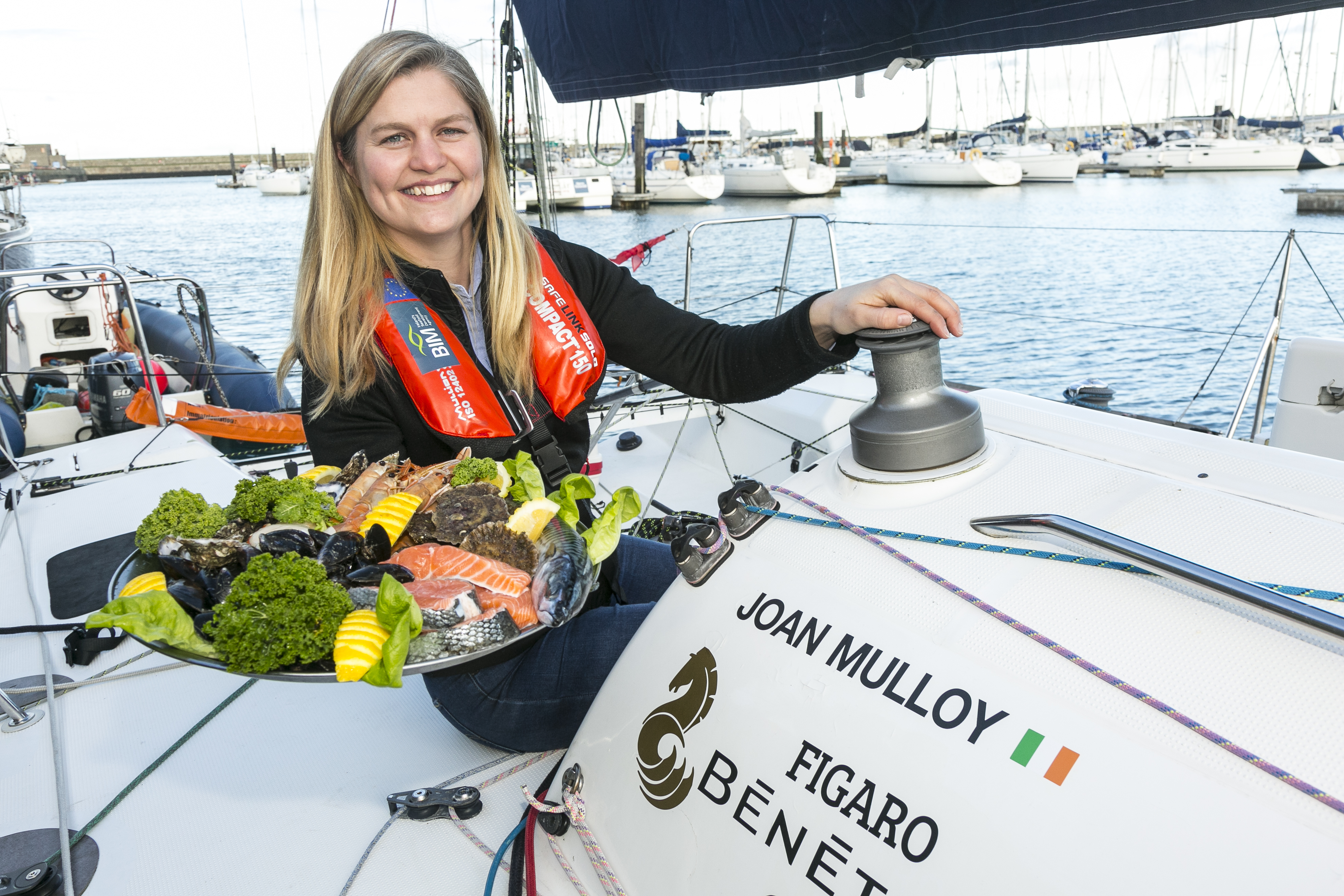 BIM’s ‘Taste the Atlantic – a Seafood Journey’ trail, co funded by the EU and the Irish Government under the European Maritime Fisheries Fund (EMFF), is headline partner to the Joan Mulloy – Team Ireland 2018 challenge. The trail, developed in partnership with Fáilte Ireland, is designed to educate people as to how Irish seafood is caught and farmed sustainably along the Wild Atlantic Way.

Jim O’Toole, CEO of BIM explains the rationale behind the sponsorship; “The producers on BIM’s Taste the Atlantic trail are part of Ireland’s thriving €1.15 billion seafood industry that employs nearly 15,000 people in our coastal communities. This gastronomy trail ties Irish seafood production into Ireland’s tourism, emphasising the very real synergy between them and boosting them both. Joan grew up working on her father’s mussel farm in Clew Bay and her knowledge of the seafood sector and her clear passion for the sea makes her sailing initiative a great fit for BIM and Irish seafood. I would like to wish Joan the very best of luck as she trains for this extraordinary challenge.” 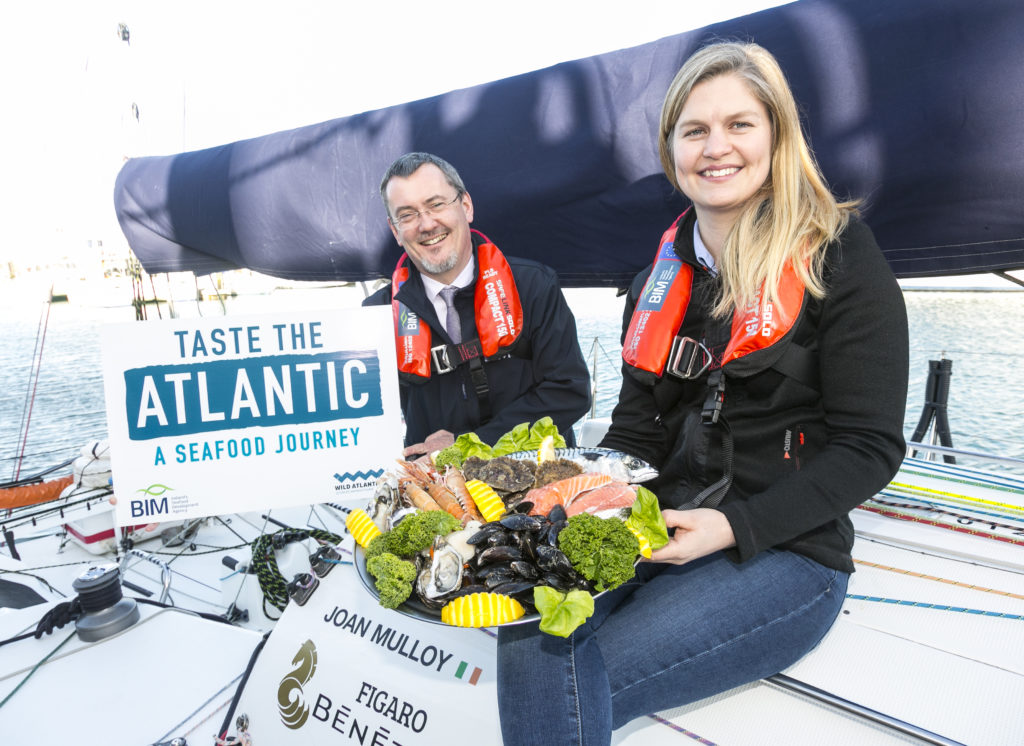 The famously gruelling single handed ‘Le Figaro’ race takes place at the end of August and involves 4 legs, ranging from 2 to 5 days at sea, sailing day and night. Over 40 identical boats will compete. The majority of which are skippered by the best French sailors, who lead the world in single handed sailing.

Joan Mulloy explains what this challenge means to her; “Being the first Irish female sailor to compete in the famous Solitaire du Figaro is an honour and would not be possible without the support we have received from BIM. This is as competitive as solo sailing gets so it’s going to be an amazing learning experience out there on the racecourse.”

Joan will act as a Taste the Atlantic ambassador promoting the trail throughout the year, culminating in her appearance at the BIM Seafood Exhibition at the annual SeaFest festival in Galway from the 29th June to the 1st July. Visitors to this popular marine festival will get the opportunity to get on board Joan’s impressive yacht to see first-hand how she will undertake the Figaro challenge.

“The Solitaire du Figaro will be the racing highlight but I cannot wait to explore the west coast of Ireland throughout the year. Having the boat in Galway for SeaFest is going to provide a really great platform to meet thousands of people and tell them about solo sailing and Irish seafood, two of my favourite things!” added Joan.