In a magnificent parade of sails the beautiful ships of Riverfest sailed into Dublin Port earlier this afternoon. The festival returns to the quays this weekend with an action packed programme of events both on and off the water.

Eight ships will be visiting the quays lining up alongside local resident Jeanie Johnston. All the ships will be open to the public for free between 12 – 6pm Saturday and Sunday, subject to the tide.

There is nothing like seeing these beauties in full sail so we headed out to Poolbeg to check them out! 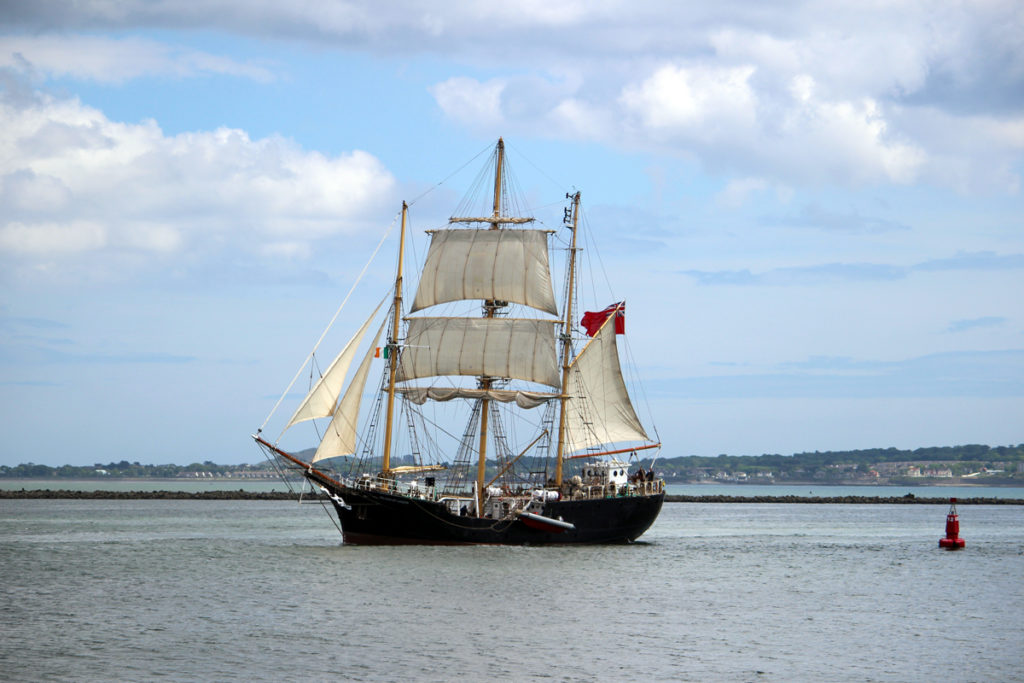 The Pelican of London led the parade from Dun Laoghaire harbour across Dublin bay and into the port. 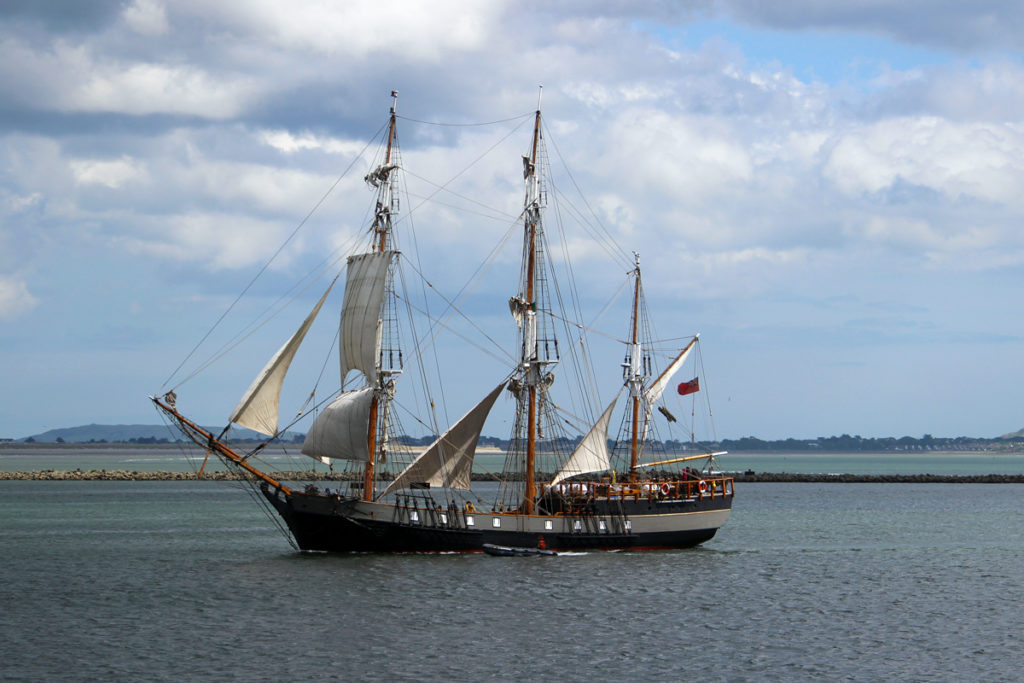 The Earl of Pembroke, authentic square rigged sailing vessel, closely followed. She was built Sweden in 1945 as Orion and later re-modelled on Captain Cook’s HMS Endeavour. 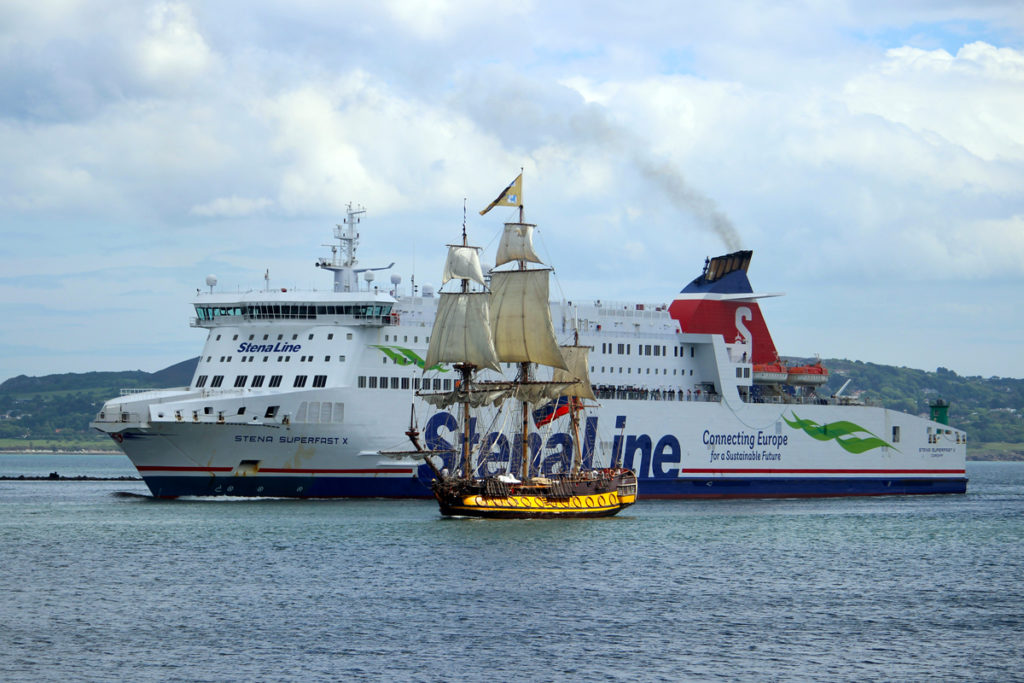 The Shtandart is the exact replica of the man-of-war built by Peter the Great in 1703, the first ship of Russia’s Baltic fleet. 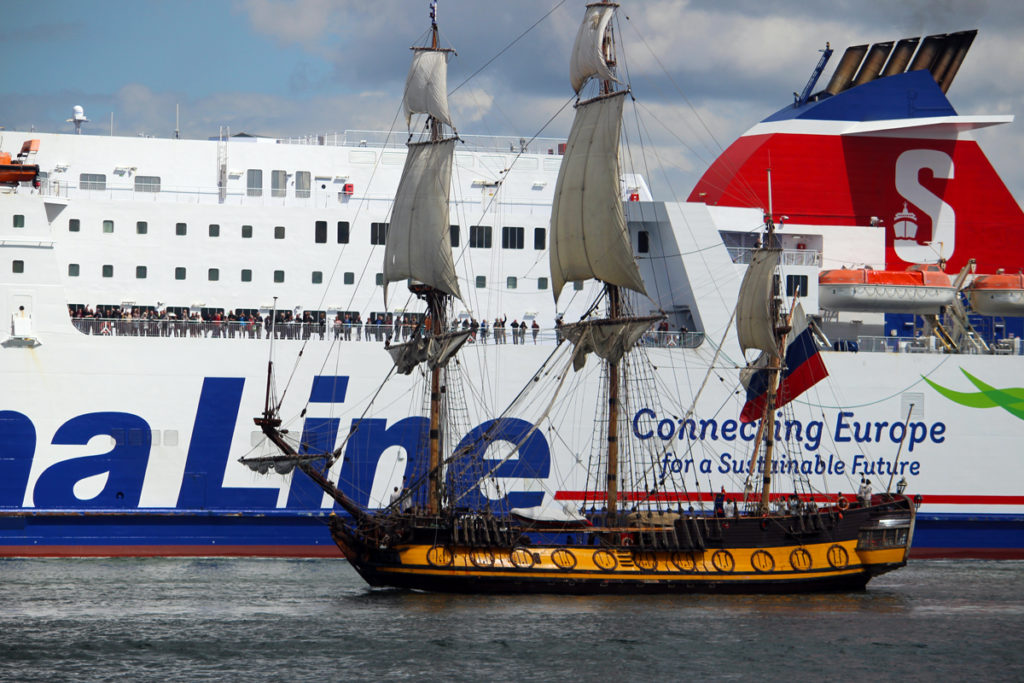 Lucky passengers on the Stena Line lined up for a chance to get a close up look at the Russian ship. 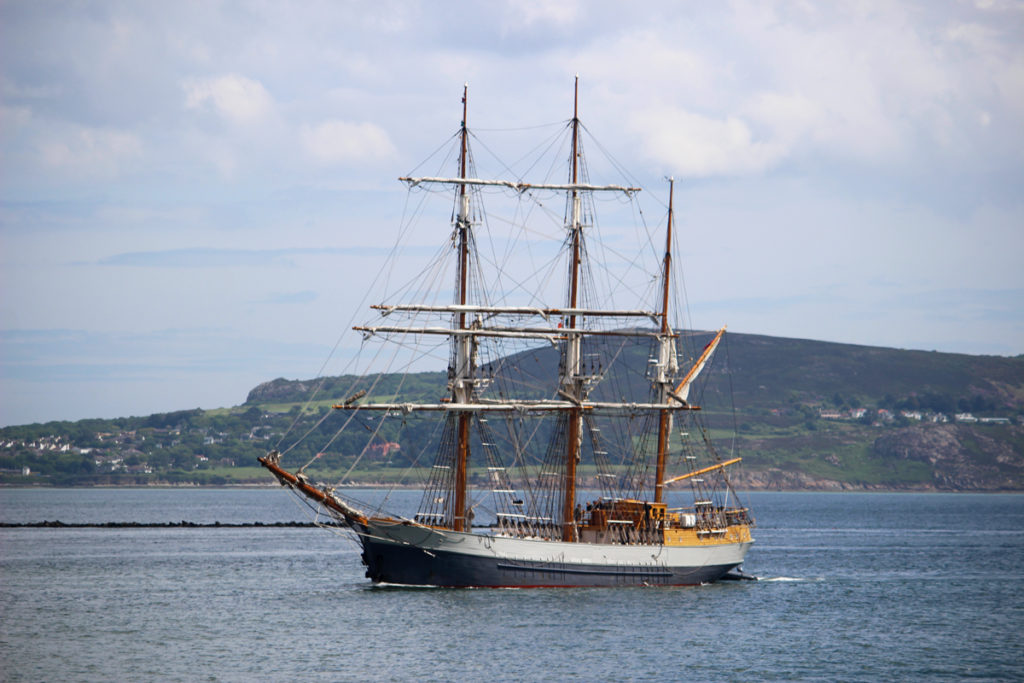 Kaskelot is a three-masted barque and one of the largest remaining wooden ships in commission. It was featured in a number of films including Cutthroat Island and The Three Musketeers. 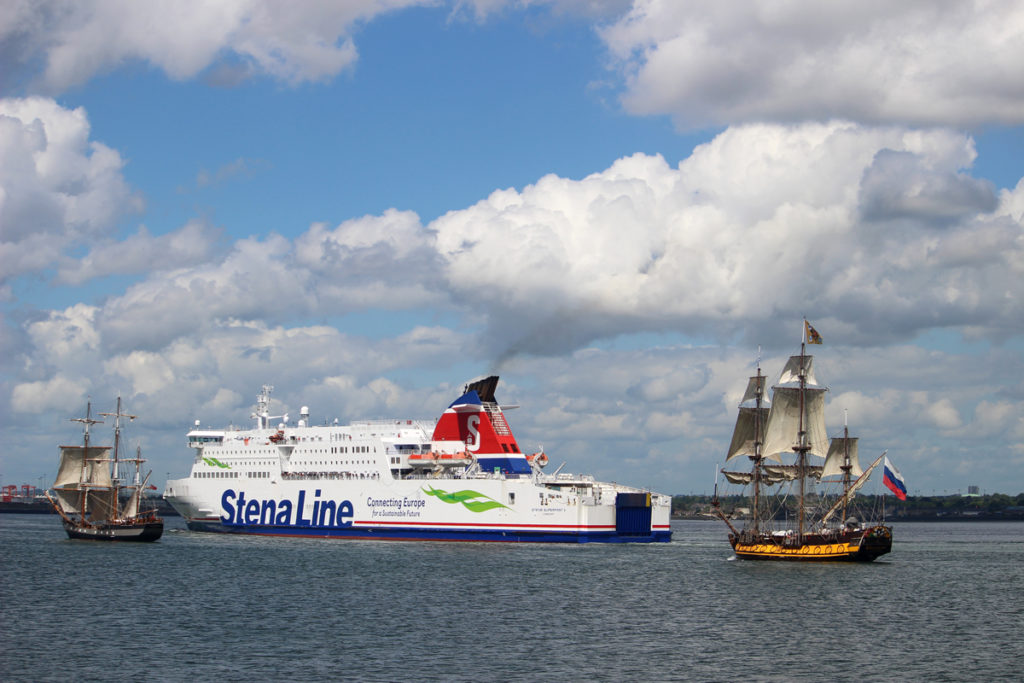 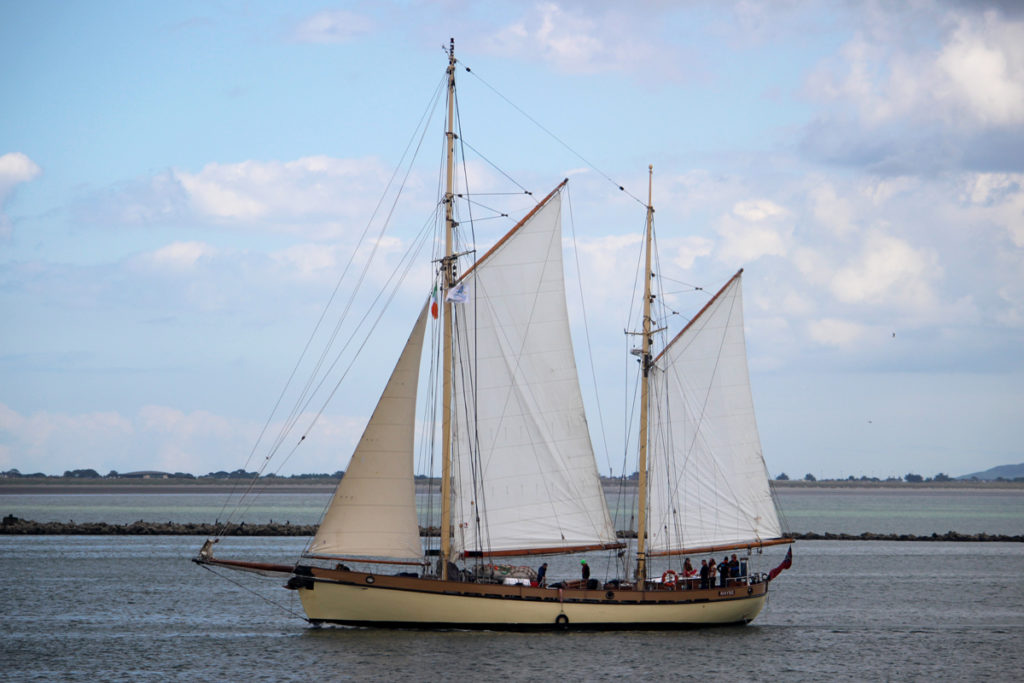 The Maybe is a traditional Dutch Ketch built in 1929. 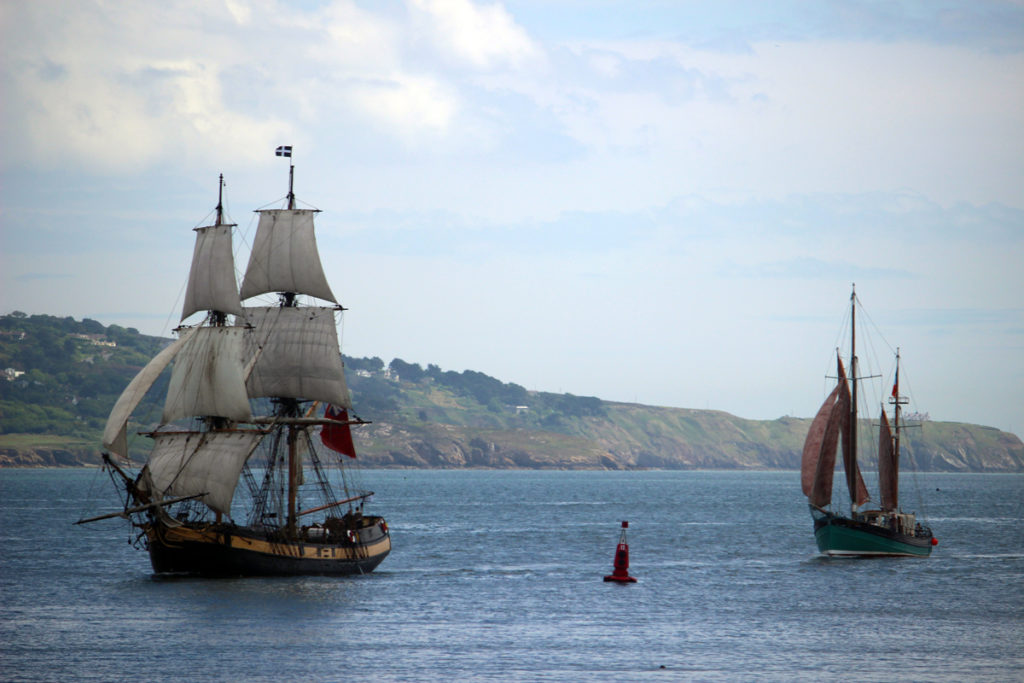 The Phoenix, a 112 foot long twin masted Brigantine that has featured in numerous films and tv shows. 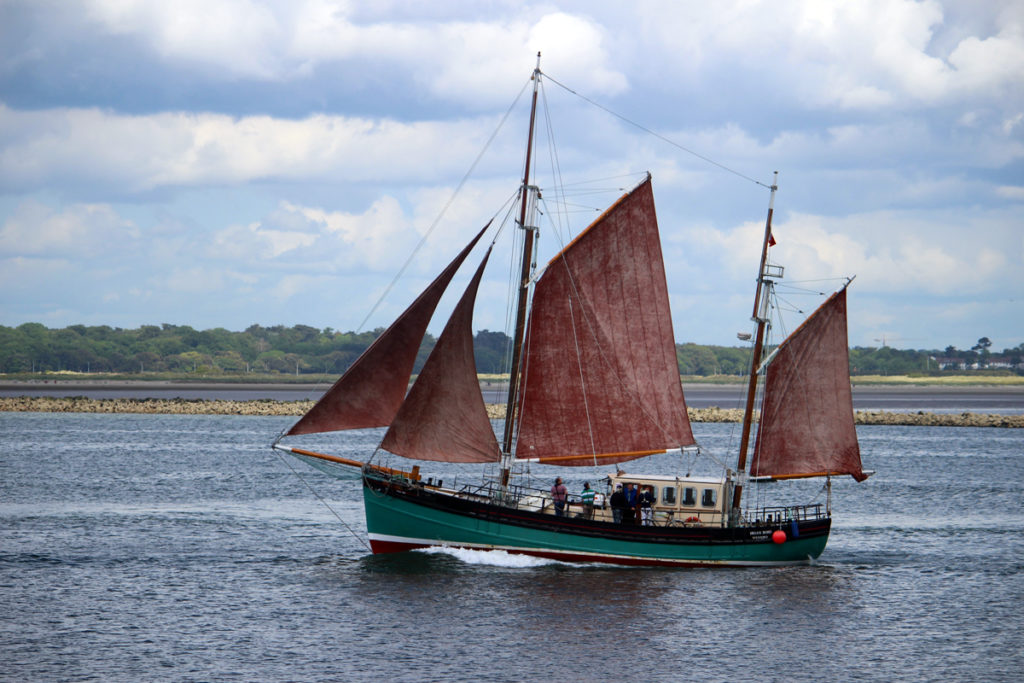 Named after the legendary High King of Munster and Ireland, Brian Ború is a traditional gaff rigged wooden sailing ketch. 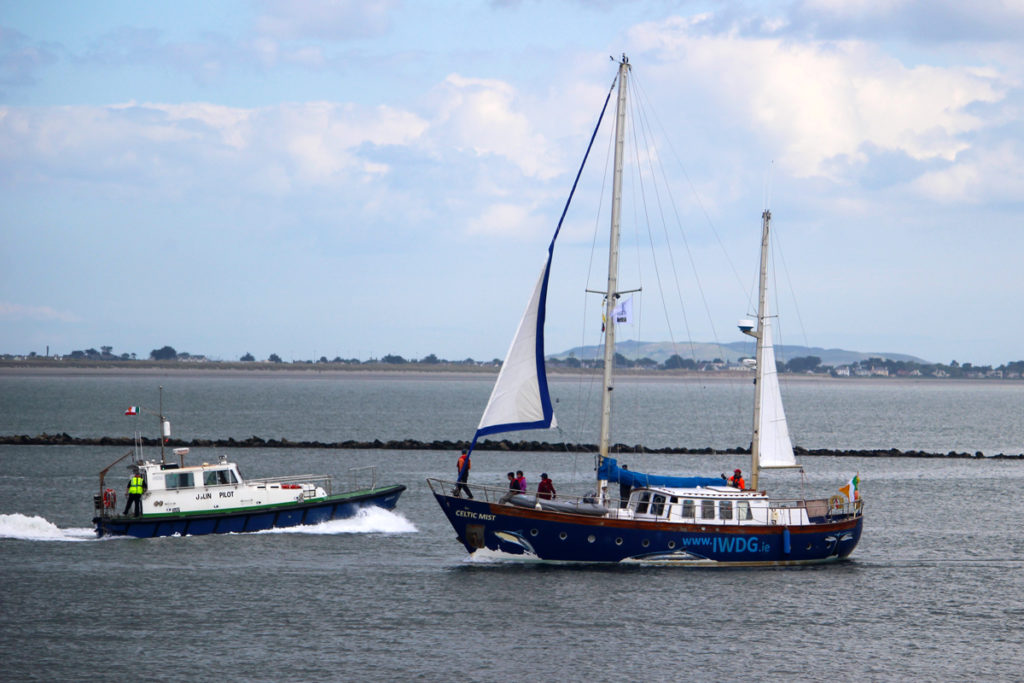 IWDG Celtic Mist was originally the family yacht of Charles Haughey, former Taoiseach, and was donated to the Irish Whale and Dolphin Group (IWDG) back in 2012 to be used as a research vessel. 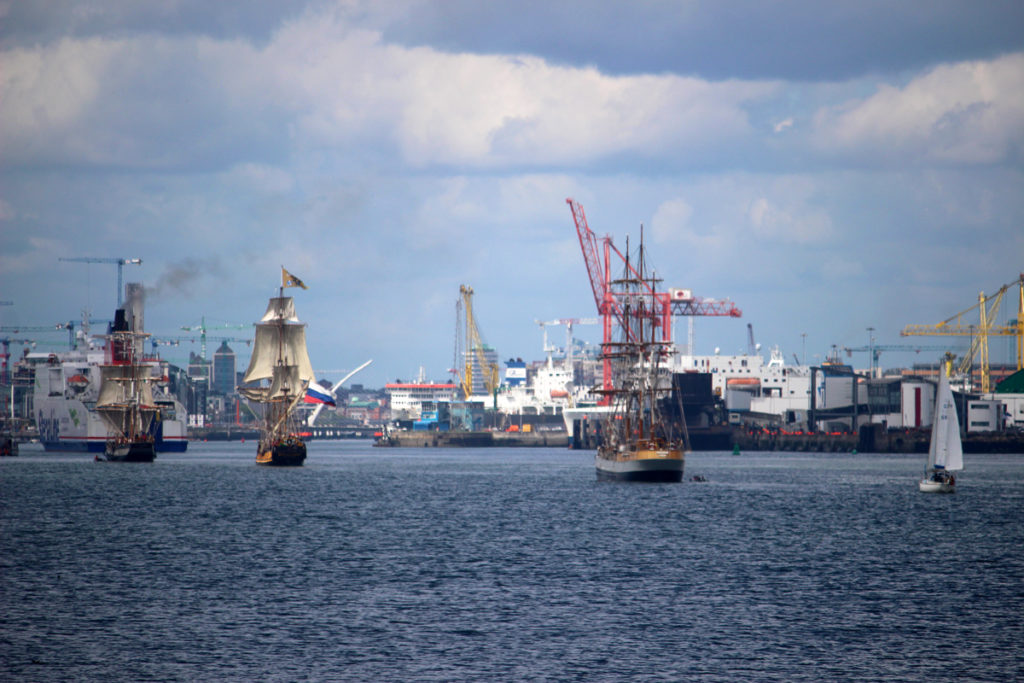 Make sure you head to Dublin Port Riverfest to get a close up look of all these amazing ships.