The owner of the tall ship Regina Caelis that sank in Strangford Lough, Co. Down last month is appealing to the Queen of Denmark to help raise and restore the ship to its former glory. 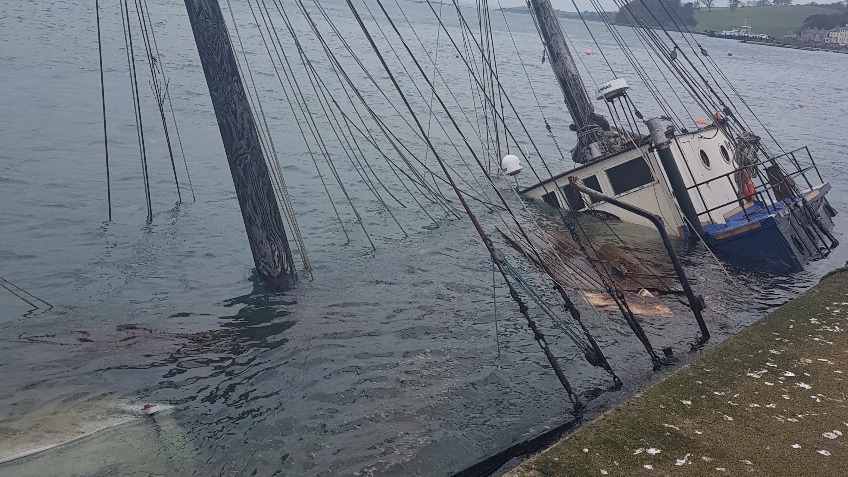 The 140ft three-masted schooner Regina Caelis – which means Queen of heaven – was built in Denmark in the 1930’s and had been tied up at the quayside in Portaferry for more than a year. On the 27th January 2017, the ship toppled and sank.

The vessel contained around 1,000 litres of diesel fuel when it went down. Strangford Lough is an important marine environment and there was serious concern over the negative impact this would have on the marine and bird life. 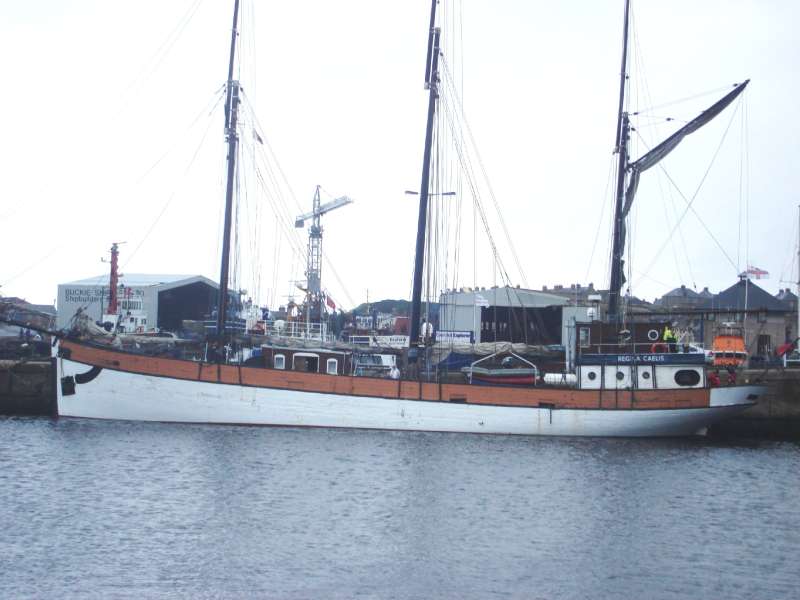 Experts now expect that the fuel will evaporate and disperse quick enough due to wind and tidal action. But a salvage operation to raise the vessel will prove to be a much bigger issue. It could take months and would require special equipment to that bear the 200 tonne weight of the ship.


The owner of the vessel William Mulhall has written to the Queen of Denmark asking for her help, “from one queen to another.” He is looking for assistance to raise and restore the old Danish schooner to its former glory. Mulhall has already appealed with little success to other tall ship enthusiasts and started a crowdfunding page.