Irish Whale and Dolphin members were the heroes yesterday when they came to aid of dolphins that had stranded at the mouth of the Shannon Estuary at Tarbert, Co. Kerry early on Sunday morning. 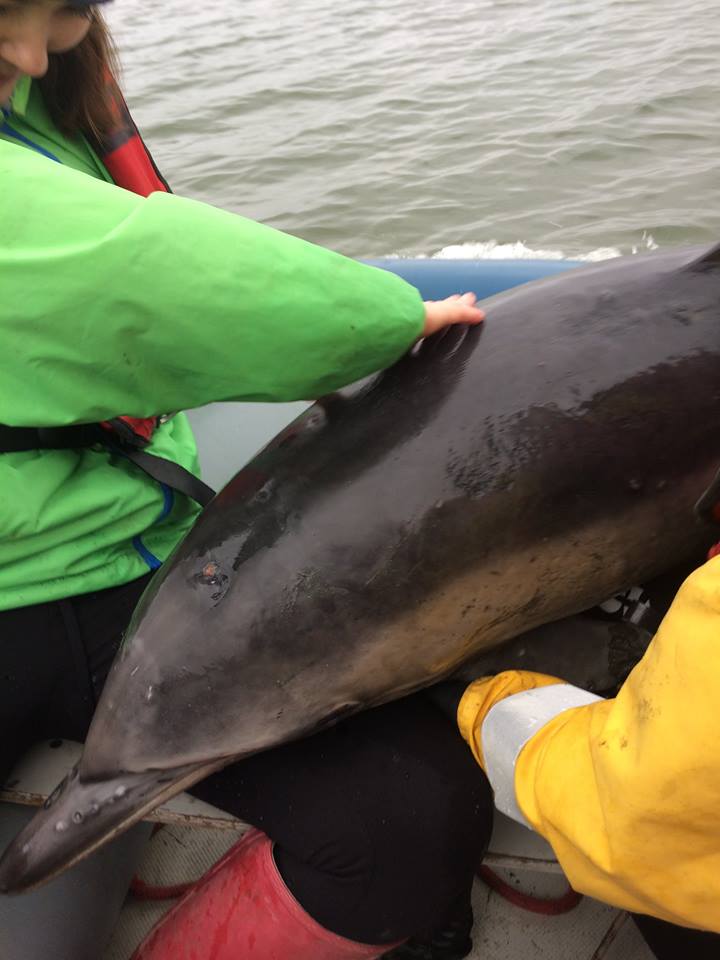 Dolphin on the boat. Image IWDG

Arriving on the scene the team found three dolphins, one of which had already unfortunately died. Working fast and against the receding tide, they managed to free the other two.

One of the dolphins however, unsure of which way to go, swam toward Tarbert village and its even shallower waters where it beached itself again. The IWDG team quickly made their way over and again freed the dolphin allowing it to swim out.


Enlisting the help of Raymond McGibney from the local Tarbert Rowing club, a small inflatable was launched to help the dolphins make their way back to the middle of the creek.

As they tried to steer the dolphins out towards the deeper channel waters , one was unable to find the exit. IWDG team member Barry O’Donoghue got out of the inflatable and carefully lifted the dolphin into the boat. Keeping the animal cool by pouring water on its body, the creature was released off Tarbert pier and it swam strongly towards the mouth of the Shannon.

Dolphins are not usually spotted in this shallow part of the estuary so the IWDG advises the public to remain vigilant and report any strandings to them (Contact: IWDG).