The Guinness Storehouse is a bit of a marvel, easily big enough to accommodate the throngs of people that visit everyday and chock full of the history of the globally imbibed favourite.  It’s big on the outside but seems even bigger when you start to walk around. In its upgraded modern guise at St James gate for 15 years, the Storehouse has become the number one tourist attraction in Europe, which if you think about it is pretty staggering. It functions as a monument to a global brand but also as a record of an important time in Irish history. 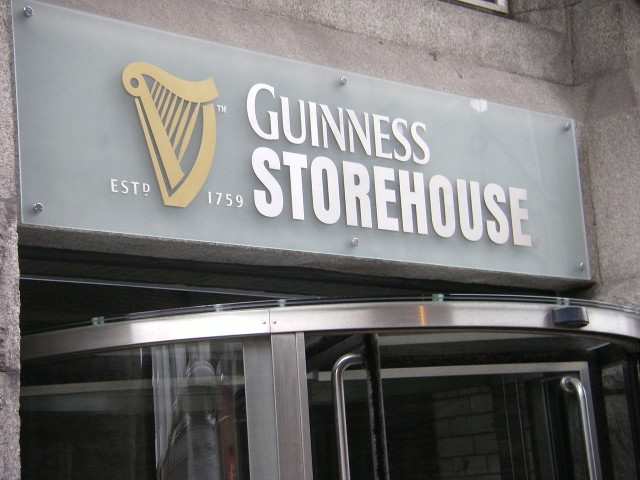 On a visit you could spend hours looking at the vast collections of memorabilia on display but we were on a different mission with one very specific item we wanted to see. Located on the first floor in the transport section,  we were there to see a scale model of a ship which exported Guinness to the world and put a face to the ship that was sadly lost to a torpedo in 1917.

Since they started brewing their world renowned stout in 1759 the Guinness company has had a thriving export trade. They started exporting their goods by barge and boat, up the canals to serve all parts of the country and across the channel to England from where it was exported around the globe.

Up until the early 20th century they relied on shipping companies but a strike at Dublin Port in 1913 prompted them to buy the first vessel in their fleet – the W.M Barkley. She was purchased on 1st December 1913, a former merchant steamer built in 1898 by Ailsa Shipbuilding Company in Troon, Scotland.

Eight more ships were purchased between 1913 – 1977. The last of these ships The Miranda Guinness ceased operations in April 1993.

A year later at the outbreak of World War 1 the W.M. Barkley along with other Guinness ships were commandeered into service by the British Admiralty. She was used to transport material used for road building to France. She proved to be inefficient and needed to stop for coal too often so she was returned to the Guinness company in 1917. She wasn’t back long before tragedy struck.

On the 12th October 1917 the W.M. Barkley set sail from Dublin to Liverpool with a cargo of full of barrels of the black stuff and a crew of 13 men.  Without warning, 7 miles east of the Kish Lightship, the ship was torpedoed by the German submarine UC-75. Within minutes the ship broke in two and sank. She took with her five men including her captain. The rest of the crew huddled for safety on board the open lifeboat, left to face the harsh sea in complete darkness.

One of the surviving crew members was later interviewed about that night. Thomas McGlue, the ship’s cook/steward, was in the galley making a cup of tea when the torpedo struck. He made his way in darkness up to the deck to the lifeboat. He recalled the night saying “the Barkley was doing her best to go down but the barrels were fighting their way up through the hatches, and that kept us afloat a bit longer, in fact, it’s the reason any of us got out of her”. Ah beer, the lifesaver! 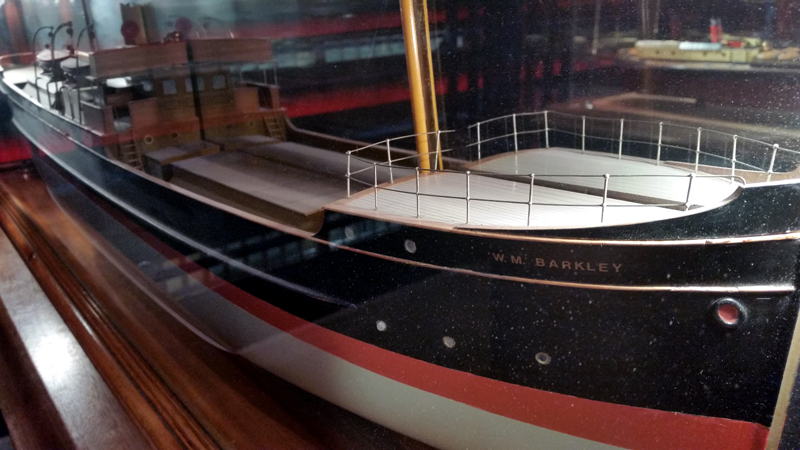 On display at the Storehouse: W.M Barkley

Thomas and the other survivors made it aboard the lifeboat and rowed away far enough away from the Barkley so not to get dragged down. Seven Germans were observing them through binoculars from the conning tower of the submarine. The men hailed the captain requesting to pick them up. He called them alongside and asked the name of the ship and cargo they carried. When he was satisfied the captain told them they were free to go and pointed the direction they should row for.

They survivors attempted to row towards the Kish Lightship, but gave up “it might have been America for all the way we made. We got tired and my hand was hurting. We put out the sea anchor and sat there shouting all night.”  They were rescued on a passing ship Donnet Head and were taken back to Dublin port the next morning where they were given brandy, dry clothes and a warm fire by the Guinness superintendent. 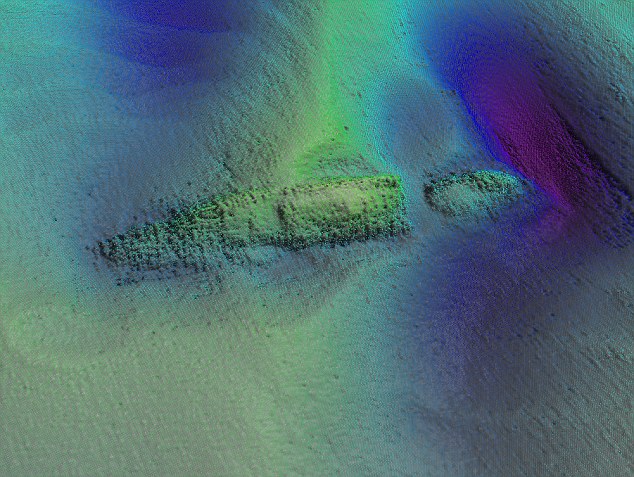 Final Resting place On the seabed of Dublin Image INFOMAR

The W.M Barkley now lies on the ocean floor. In 2011 the INFOMAR Programme, a joint initiative between the Geological Survey of Ireland (GSI) and the Marine Institute, surveyed the wreck and took high resolution images of the ship. The detailed 3D images show the ship on the seabed and you can clearly see where the ship broke in two. 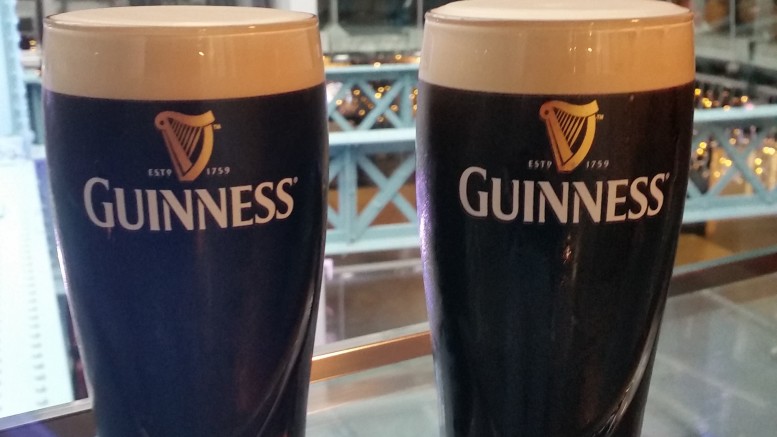 And in conclusion 2 Guinness, please

It was good to see the model of the M.W Barkley and finally put a face to a significant maritime story. By writing about it, maybe in a tiny way we’ve helped pass along an important maritime story that perhaps goes unnoticed amidst the vast number of other fascinating and distracting displays.

The Guinness Storehouse, like the drink itself, has quickly become an important part of Dublin. The tour was very much a reminder of that. Large crowds in good spirits enjoying a brand that perhaps best embodies the Irish spirit.

And of course we finished off, as per the tour, in the Gravity bar at the top of the Storehouse with a couple of pints. Sure, they came with the price of the tickets, would be rude not to!