1917 had the highest number of wartime sinkings in Irish waters accounting for over half the wrecks throughout the first world war. In December of that year Dublin was shook with two separate tragedies – the loss of the SS Hare and SS Adela, both heavily impacting on the Dublin Dockland community. Only a few days after the Hare was sunk Waterford suffered its own double tragedy. 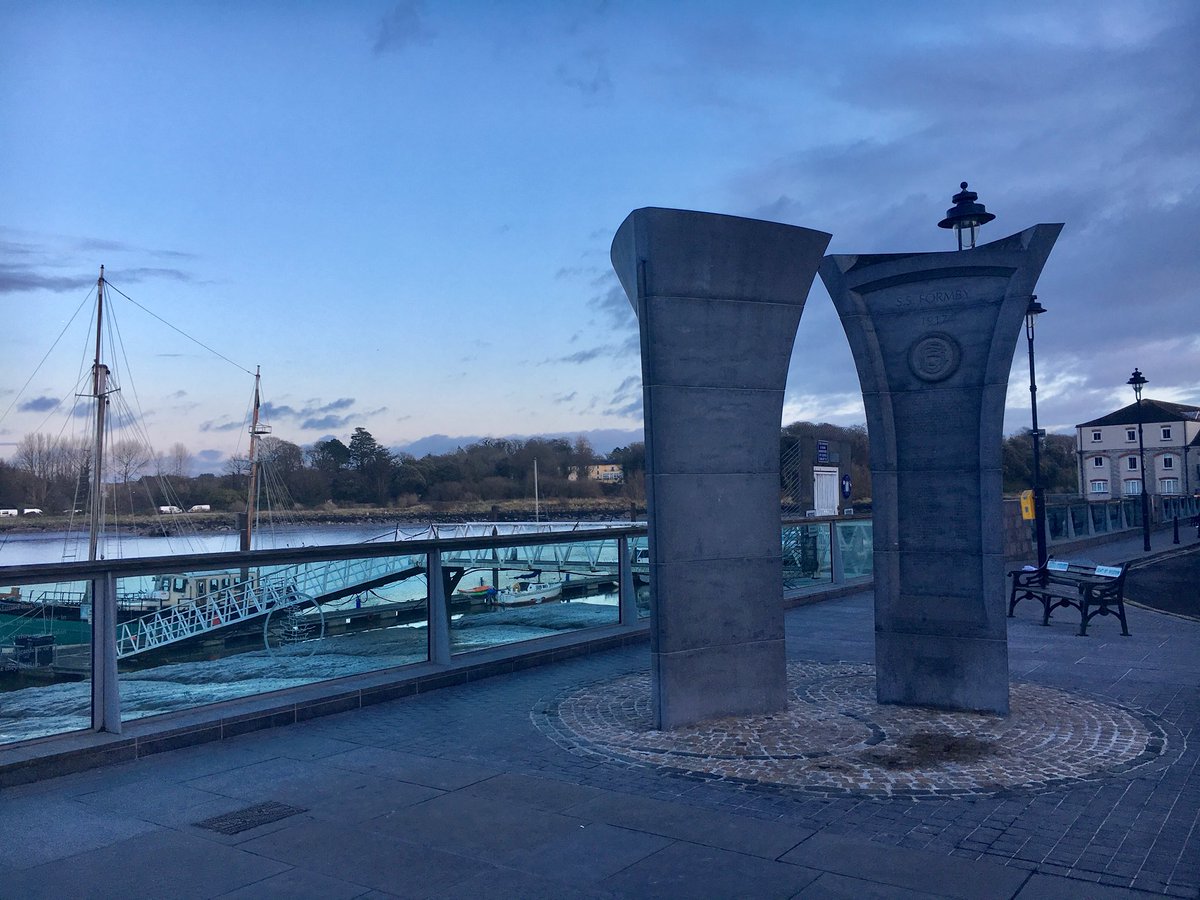 A memorial to those that were lost, opposite Reginald’s Tower in Waterford City (Credit Friend & Foe)

Within just two days the Waterford Steamships SS Formby and SS Coningbeg would be struck down by German submarines. A total of 83 people were lost with 67 of them from Waterford and the surrounding areas  – making this the greatest seafaring tragedy to befall Waterford in the 20th century. 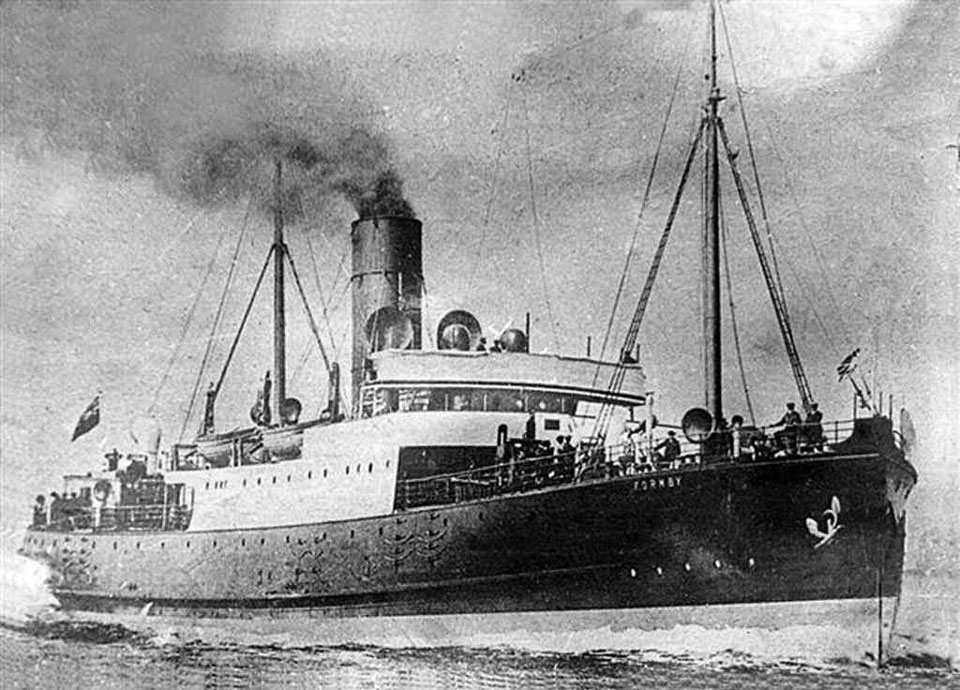 Loss of the SS Formby and the SS Coningbeg

Both ship were operated by the Clyde Shipping Company and worked the route from Waterford to Liverpool carrying general cargo, livestock and foodstuffs.

The SS Formby left Liverpool at midday on 15th December. When the ship didn’t arrive as planned on Sunday morning in Waterford it was assumed it was delayed due to adverse weather. By Monday evening there was still no word and those waiting for their loved ones to return home began to fear the worst. That same day SS Coningbeg sailed from Liverpool headed to Waterford but it too failed to arrive.


Little wreckage was found of either ship and only one body. After an inquiry into the ships disappearance both ships were marked as missing presumed torpedoed. 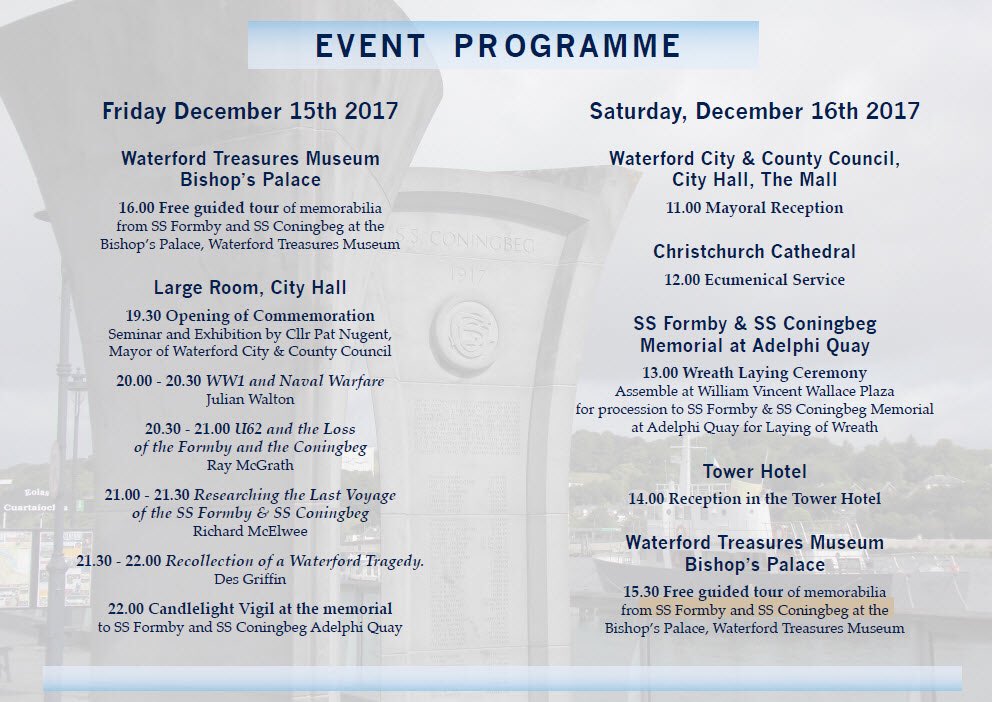 To mark the centenary of the tragedy the ships will be remembered with a number of commemorative events in Waterford. Events will including exhibitions, talks, wreath laying ceremony and guided walks.