The SS Empire Heritage was built in 1930 by Armstrong Whitworth & Company in Newcastle-upon-Tyne but actually started life under another name as Tafelberg, a 15,000-ton steam tanker.

It was first used in South Africa as whale factory ship until January 1941 when it was hit by a mine and put out of service. A year later, the wreckage was re-floated and the ship salvaged. She was repaired, re-purposed and renamed Empire Heritage by the Ministry of War Transport (MoWT) and returned to service in February 1943. An unintentional casualty of war in her first life, she would fall foul of a more pointed and specific attack in her second incarnation.

The South African Tafelberg Before being requisitioned for the war

In early September 1944 she was en route from New York to Liverpool carrying a heavy cargo of war supplies including Sherman tanks, half-tracks and trucks.

By 8th September, she was 15 miles northwest of Malin Head and it was here her journey would end. She was torpedoed by the German sub U-482; two torpedoes struck and she went down fast with her cargo and a loss of 113 lives.  An escort ship, Pinto, attempted to rescue the survivors but was also hit and sank in the same attack.

Survivors from both ships were picked up and rescued by HMS Northern Wave and taken ashore at Derry.

The SS Empire and her cargo lay silently beneath the waves until 1995 when she was rediscovered by divers. The tanks and trucks are still visible scattered on the seabed next to the wreck. Undisturbed for decades these untouched instruments of war look eerie in their watery graveyard, a chilling reminder of a world at war. 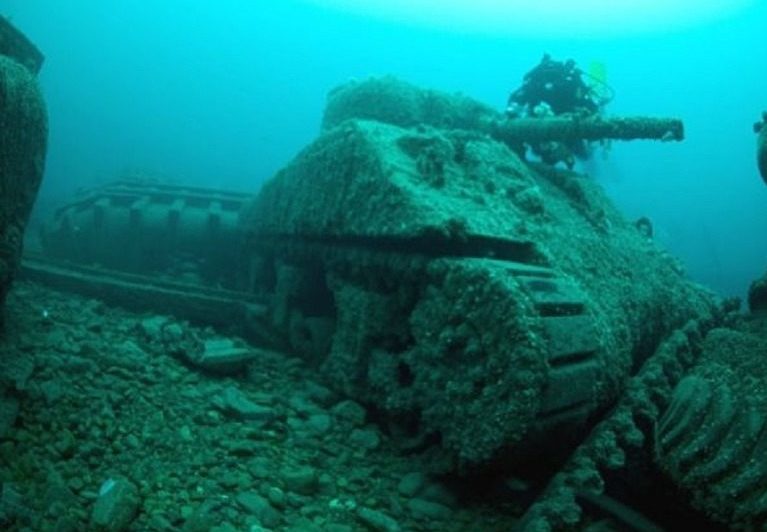 The wreck is 70 metres down and regarded as one of Europe’s best dives sites. The pictures of the lost wreck and her cargo are spectacular. 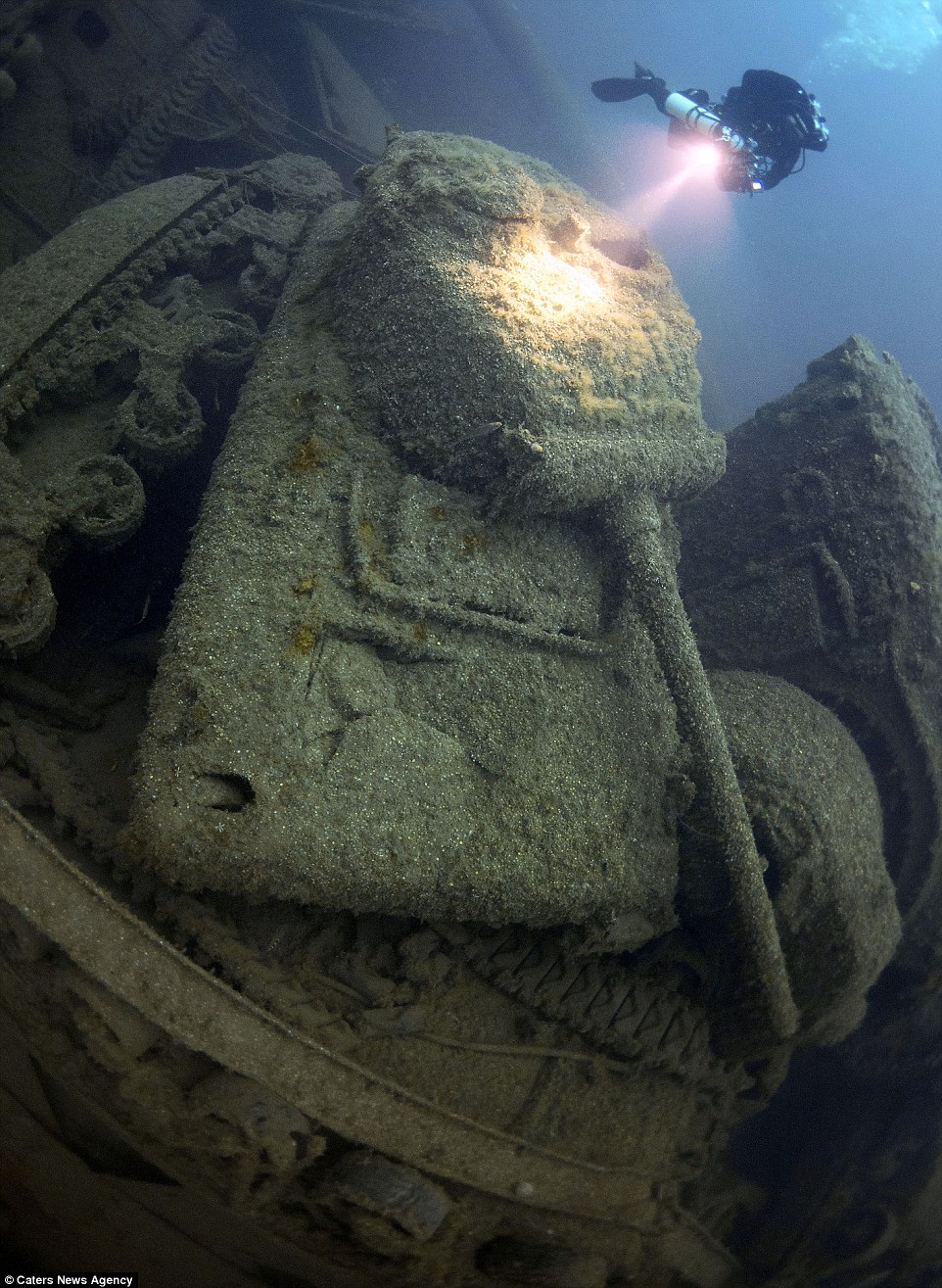 70 years underwater in 70 metres of water