It was only a few hours after British Prime Minister Neville Chamberlain had delivered his 11 am speech declaring war on Germany the SS Athenia was torpedoed. The Scottish-built transatlantic passenger liner that had dutifully served the Glasgow to Montreal route for 16 years would meet her end on that most fateful of dates – 3rd September 1939.

She was the first British ship lost in World War 2, sunk in the cold Atlantic waters north of Donegal, Ireland. The first but assuredly not the last in a war that would rage for six years on both land and at sea. Fortunately most of the passengers would escape unharmed and the photos below are a unique document of the events surrounding their rescue. 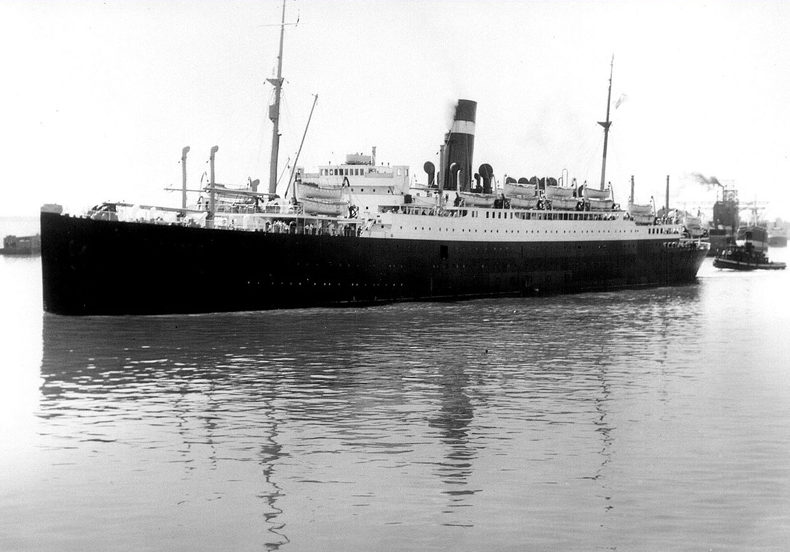 War was imminent and would break out any day but despite the widely known dangers the SS Athenia continued sailing her usual route. And on what would turn out to be her final voyage she was carrying some 1103 passengers.

Bound for Montreal, she was about 370 km off Inishtrahull Island on the north coast of Ireland when first sighted by the German submarine U-30. 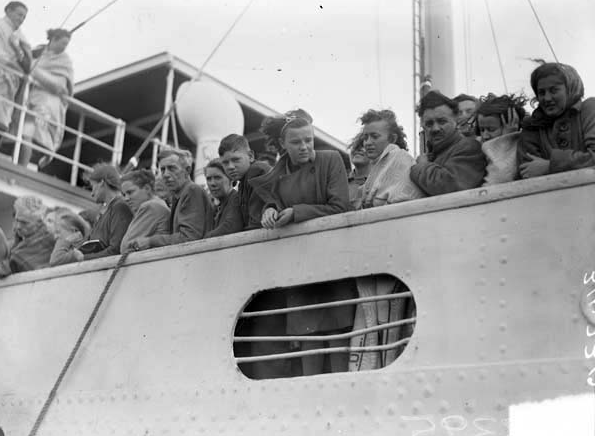 The submarine’s commander Oberleutnant Fritz-Julius Lemp claimed to have mistaken the ship for a troopship. He tracked the liner for three hours and when the SS Athenia was between Rockall and Tory Island he ordered two torpedoes to be fired. 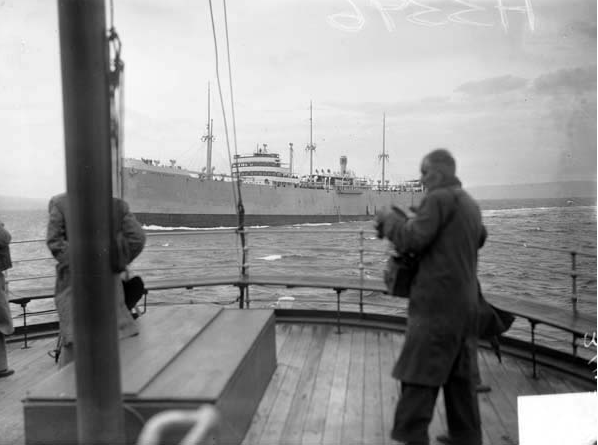 Only one torpedo struck but it was enough. It caused a massive explosion in the engine room on the port side. SS Athenia immediately sent out a distress signal and several ships came to her aid. The British E-class destroyer HMS Electra was first on scene and her commander took charge on the situation. 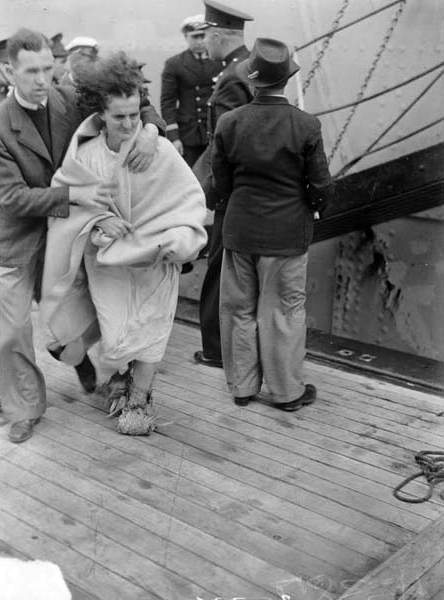 He ordered the HMS Fame, a F-class destroyer, to sweep the area for submarines while the other ships present went to the aid of Athenia’s passengers. By now U-boat had long disappeared back under the sea.

Between them they rescued 981. The US cargo ship City of Flint took 223 of the survivors to Canada and Knute Nelson took 450 to Galway. 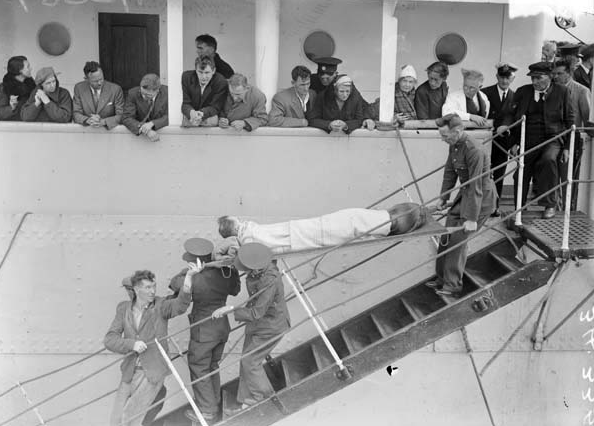 The rescue was hampered by accidents; some of the lifeboats were crushed under the propellers of the Knute Nelson and others capsized. Some of the rescued survivors died due to the seriousness of their injuries and others due to exposure. But all those that could be saved were off the ship when next morning, 14 hours after the attack, the SS Athenia sank. 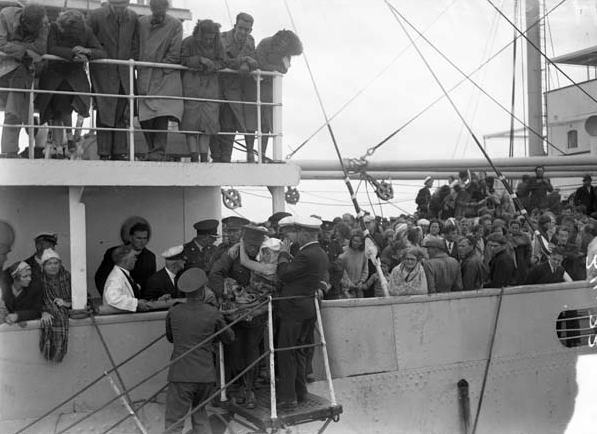 Of those that died 54 were Canadian and 28 US citizens, this led Germany to fear that this would sway the US to enter the war. When Oberleutnant Fritz-Julius Lemp realised his mistake, he swore his men to secrecy and omitted the entry in the submarine logs.

Attempts were made to cover the attack up and the Nazis used the ship in their propaganda, spinning the story that the British had sunk it themselves to turn opinion against Germany and bring America into the war. The sinking was declared a war crime and the Germans denied responsibility until January of 1946. 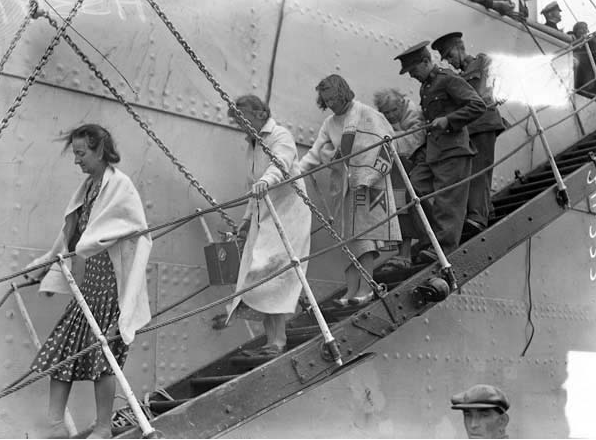