For nearly 400 years the golden treasure of a Spanish Armada vessel rested at the bottom of the sea off the northern coast near Antrim. This year marks the 50th anniversary of its discovery which brings to light again the tragic tale of the Girona.

Spanish Armada At least 5000 men perished off the Irish Coast

In August of 1588 a fleet of 130 ships sailed from A Coruña with plans to invade England. They were met with severe resistance and clashed with the English at the Battle of Gravelines where they were defeated and driven back to the North Sea.

The Armada attempted to return home but were driven from their course by violent storms straight towards the west coast of Ireland. At the mercy of the weather 24 ships were wrecked on the rocky coastline and at least 5000 men perished. Those that managed to reach the shore didn’t fare any better. A proclamation was issued saying that harbouring the Spanish castaways was punishable by death.


The Girona was one of four galleass of the Spanish Armada. She carried with her 121 sailors and 186 soldiers and had stopped off for supplies and repairs at Killybegs harbour. A local Irish chieftain offered the ship assistance and while anchored they came across around 1000 survivors of two Armada ships that had run aground off Mayo and Donegal. 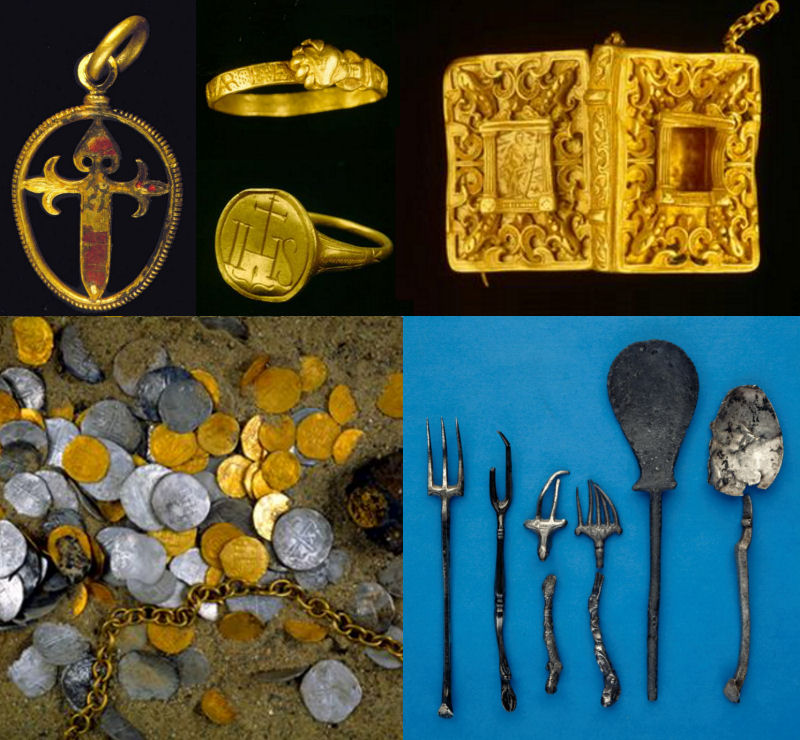 To avoid being tracked down and killed by English soldiers they decided to leave Ireland and sail for Scotland where they could rest and repair before sailing home. As soon as the rudder was fixed they loaded all the men, nearly 1300, and set sail from Killybegs.

But the ship never made it very far and met disaster. On the night of 26th October 1588 a heavy gale struck the ship, the rudder broke and the ship foundered, sinking off Lacada Point, Co. Antrim. The death toll was enormous and there were only 9 survivors.

For nearly 400 years the wreck laden with treasure lay undisturbed on the sea floor until 1967 when a team of Belgian divers, including treasure hunter Robert Sténuit, discovered the wreck and with it the greatest hoard of Armada treasure. 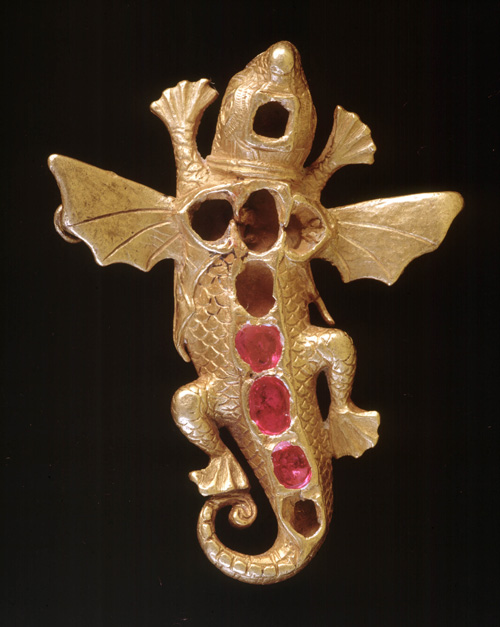 Among the treasure there was nearly 12,000 artefacts including gold and silver coins, jewellery, cameos, trinkets and religious charms. One of the most striking pieces discovered was a gold salamander pendant set with rubies. This and other finds from the wreck are on display at the Ulster Museum, Belfast.

To mark the 50th anniversary of the discovery of this wreck and commemorate those lost on the Girona a Royal Navy patrol ship will visit Lacada Point later this week.