Skerries RNLI launched this yesterday afternoon shortly after 12pm after Dublin Coast Guard contacted the station’s launching authorities to make them aware of a swimmer in difficulty at Red Island headland in Skerries. 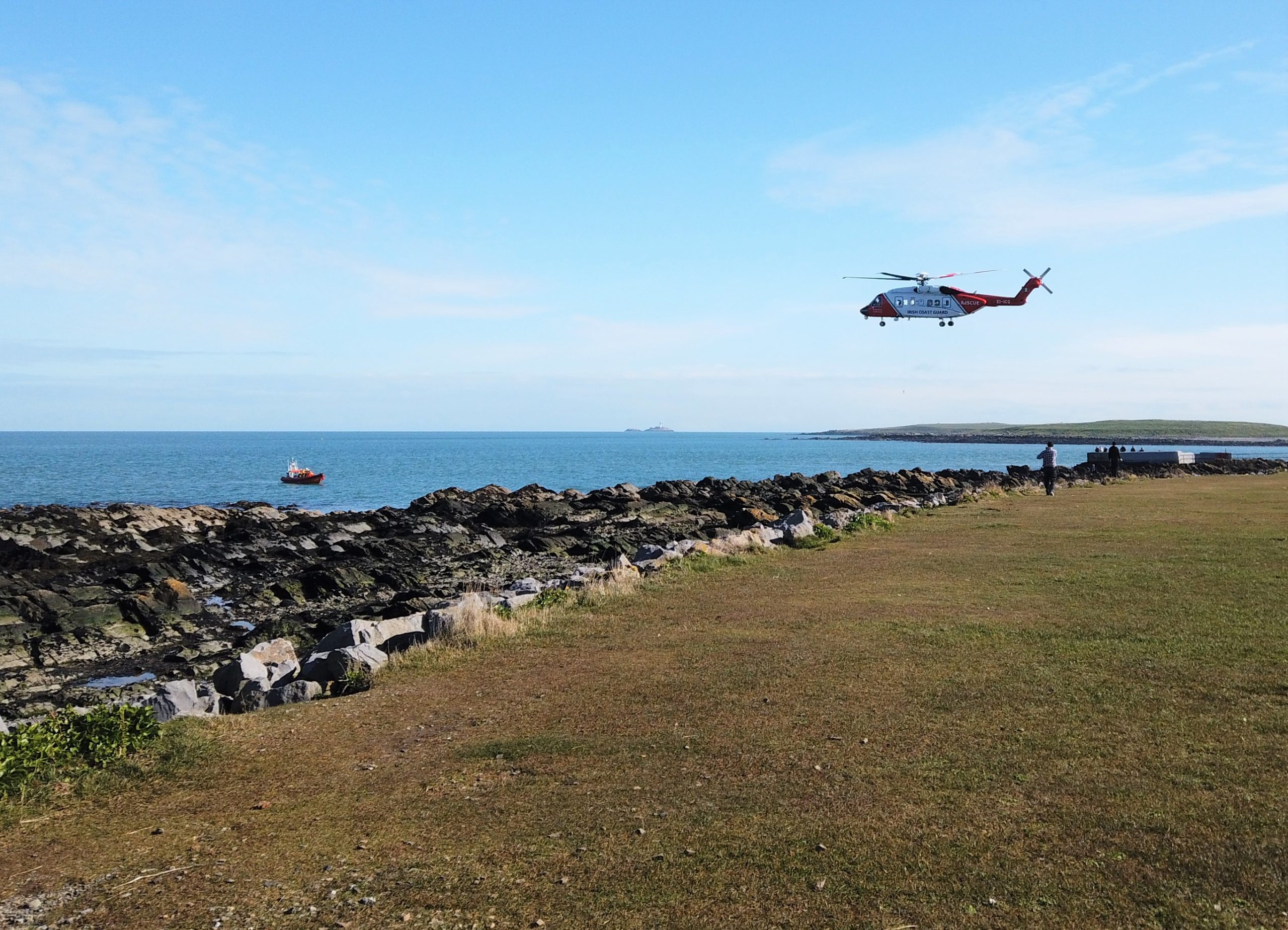 The volunteer crew launched the Atlantic 85 and proceeded to the area that the swimmer was reported to be in. Arriving on scene, the lifeboat discovered that swimmer had made their way ashore on the rock and the winchman/paramedic from the Coast Guard helicopter Rescue 116 had already reached them.

Two volunteer crew were put ashore to see if they could offer any assistance to the Coast Guard. The swimmer was uninjured, however the low tide at the time meant that walking across the sharp rocks was not possible in bare foot. The decision was taken to winch them aboard the helicopter before landing on Red Island where the local Coast Guard volunteers had set up and secured a landing area. The casualty was then transferred to an ambulance to be assessed.

The crew returned to the lifeboat and they stood by while the winch operation was carried out before standing down and returning to the station.

Conditions at the time were calm with a force one to two easterly wind.

Speaking about the call out, volunteer Lifeboat Press Officer for Skerries RNLI, Gerry Canning said: ‘The swimmer made the right call to head for shore and look for assistance as soon as possible. This was a good outcome today and it’s always great to see how well the different rescue services work together.’