Skerries RNLI were tasked on Sunday (22 September) shortly before 6pm after Dublin Coast Guard received a 999 call from a man stranded on St. Patricks island. 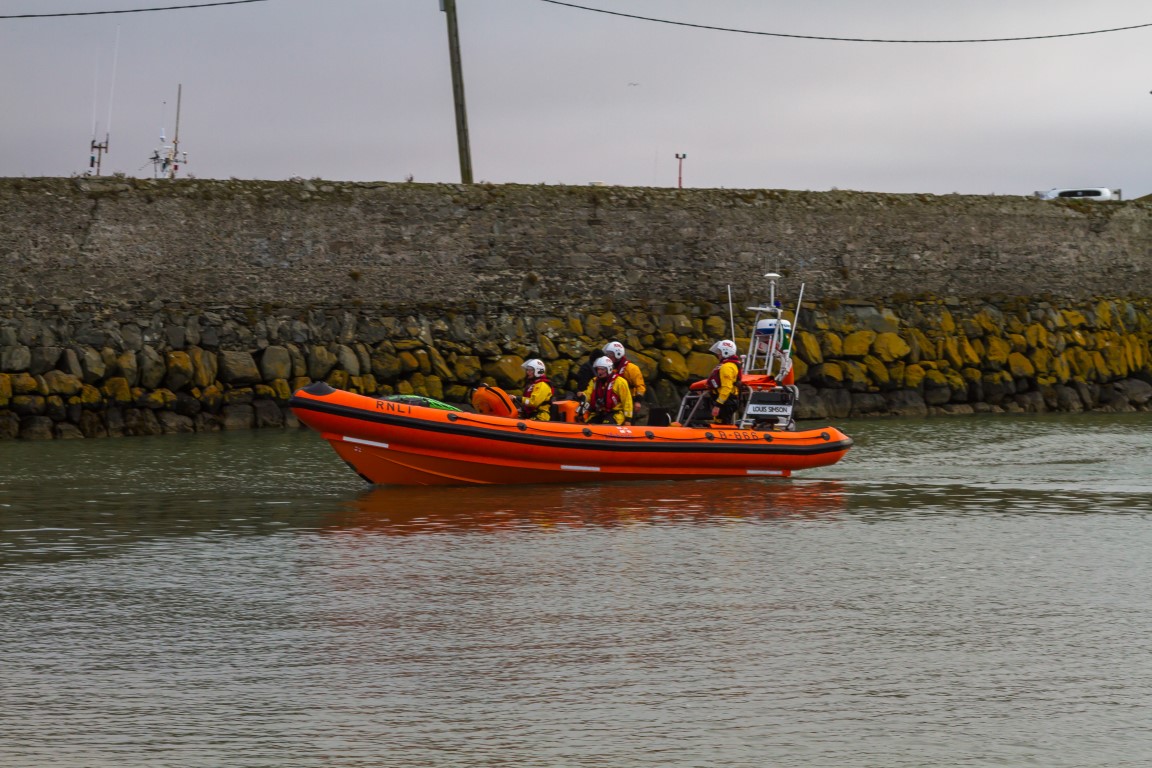 The Atlantic 85 Inshore lifeboat was launched by the volunteer crew and made it’s way around the headland to Shenick island. The man was quickly spotted on the shore and the lifeboat was manoeuvred near to the shoreline before a crew member was sent ashore to check on his condition.

The man, who was cold and wet but otherwise unharmed, had been kayaking around the island when he struck a rock and holed his kayak. He managed to swim to the island and dial 999 using his mobile phone which had been secured in a waterproof casing.

He was taken on board the lifeboat and brought to the station where he warmed up and received some dry clothes. No further treatment was required.

Conditions at the time were a force 3 south easterly wind.

Speaking about the call out, volunteer Lifeboat Press Officer for Skerries RNLI, Gerry Canning said: ‘It’s been a busy weekend for our volunteers with two callouts in just over 24 hours. Both incidents ended well thankfully, it shows the importance of always carrying a means of contacting the shore to call for help.’