Skerries RNLI launched on Sunday evening after receiving reports of a medical emergency on Lambay island. The casualty was retrieved and brought to the mainland and transferred to Beaumont hospital. 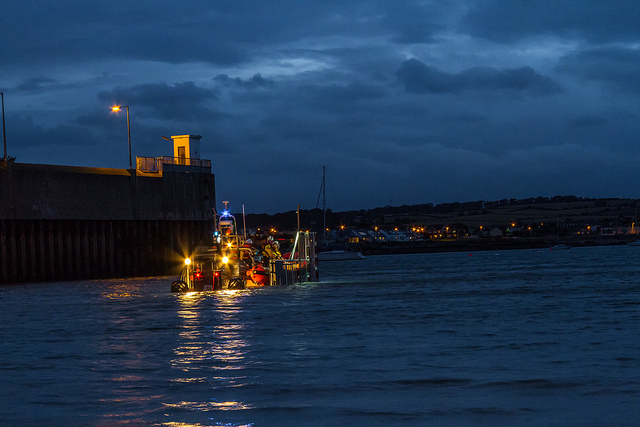 Shortly after 8.30pm on Sunday evening the alarm was raised by a member of the crew after they received a call from Lambay island indicating that a person was unwell and requiring immediate medical assistance. Skerries RNLI volunteers launched their Atlantic 85 inshore lifeboat Louis Simson with David Knight at the Helm and crewed by Steven Johnston, JP Tanner and Jack Keane.


Speaking about the call out, Lifeboat Press Officer for Skerries RNLI, Gerry Canning said: ‘There were multiple rescue agencies involved in this rescue and it’s great to see everyone working so well together. Our thoughts are with the casualty tonight and we wish them a speedy recovery’