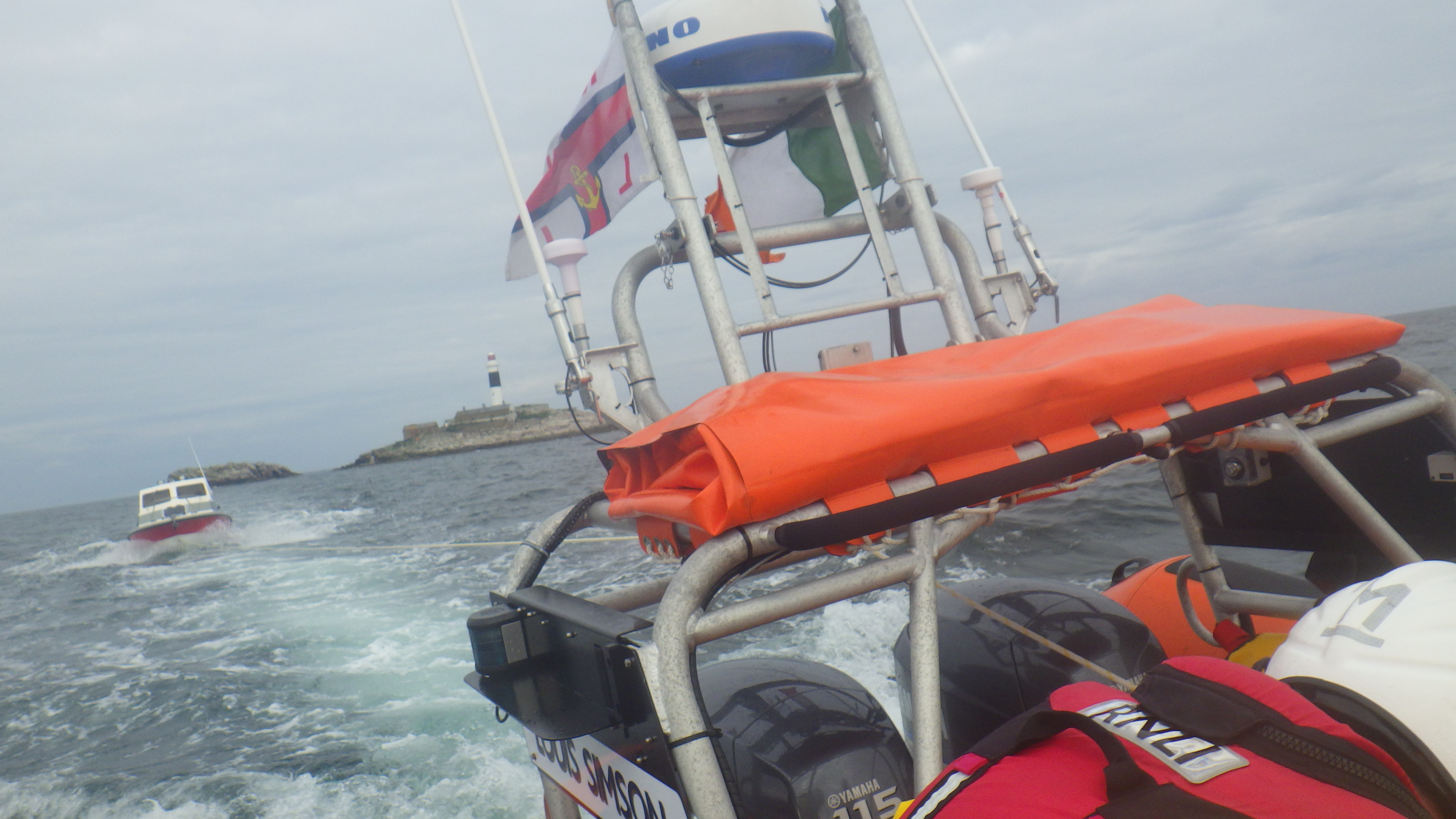 Shortly after 5.30pm on Saturday last, Skerries RNLI were tasked by Dublin Coast Guard to assist a 21 foot motorboat that had suffered engine failure to the east of the Rockabill lighthouse.

The volunteer crew launched their Atlantic 85 Inshore Lifeboat “Louis Simson” and proceeded towards Rockabill lighthouse. Visibility was good on the day and the boat was soon spotted. A tow was established and the boat was brought safely back to the slipway in Skerries.

Conditions at the time were calm with a force 2 north westerly wind.

Speaking about the call out, volunteer Lifeboat Press Officer for Skerries RNLI, Gerry Canning said: ‘We’ve had a number of calls recently where engine failure has been the cause. However it’s encouraging to see all on board wearing lifejackets once again. Lifejackets save lives and the message seems to be getting across.’