The Skelligs really have something for everyone – history, wildlife, stunning views and more recently Star Wars. 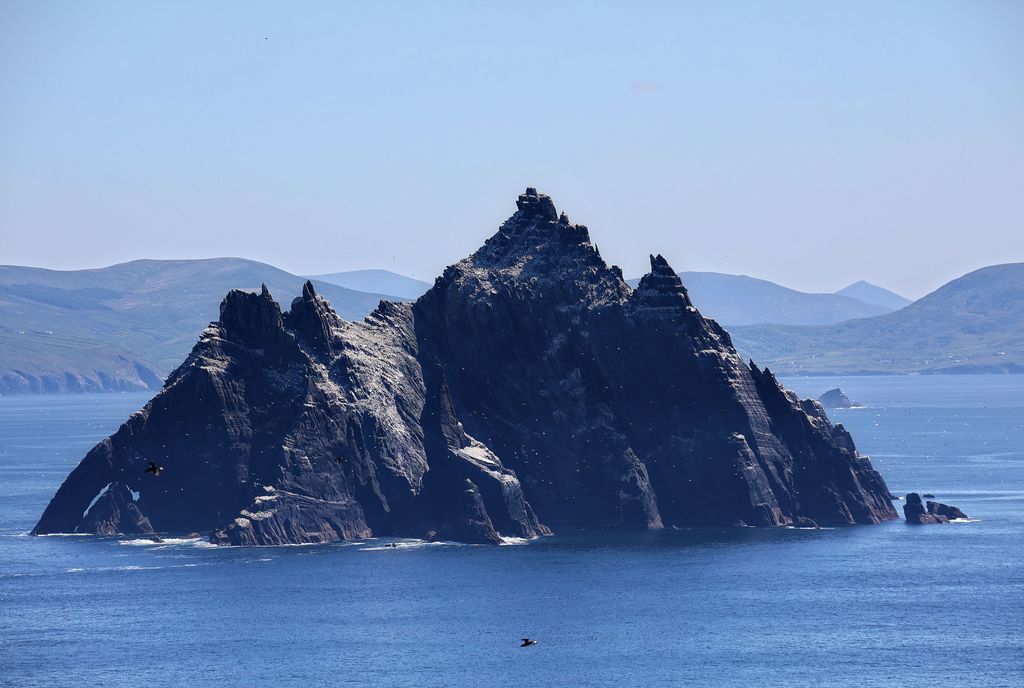 Skellig Michael, the largest island, was first home to a group of monks who set up there more than a thousand years ago (making it one of the earliest Irish monastic sites) in the search for some peace and quiet in which to dedicate themselves to God. At over 200m in height and 12km from the Kerry coastline as well as being battered by the force of the Atlantic Ocean, this is a seriously hardcore introvert retreat.

Not to mention the many steps, over 600 of them, which the monks had to hand carve into the rock itself (those monks must have been extremely fit!). The steps are very steep and often slippy and have claimed some lives over the years. Not for the faint hearted. 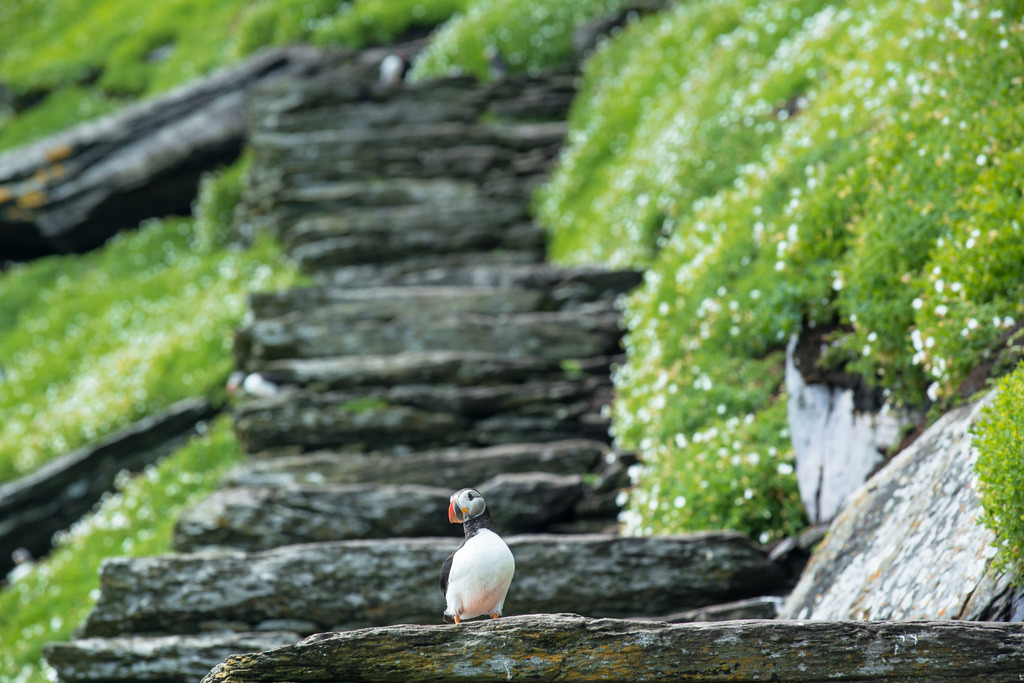 Despite this, starting as far back as the 6th century, the monks constructed their six beehive huts and two oratories which survive to this day and because of this ecclesiastical heritage the islands are now a UNESCO World Heritage Site.

In the 19th Century, the island was bought by Irish Lights, and two lighthouses were built. One was discontinued in 1870, but the other, automatic since 1987, still exists and does its bit to keep mariners safe. 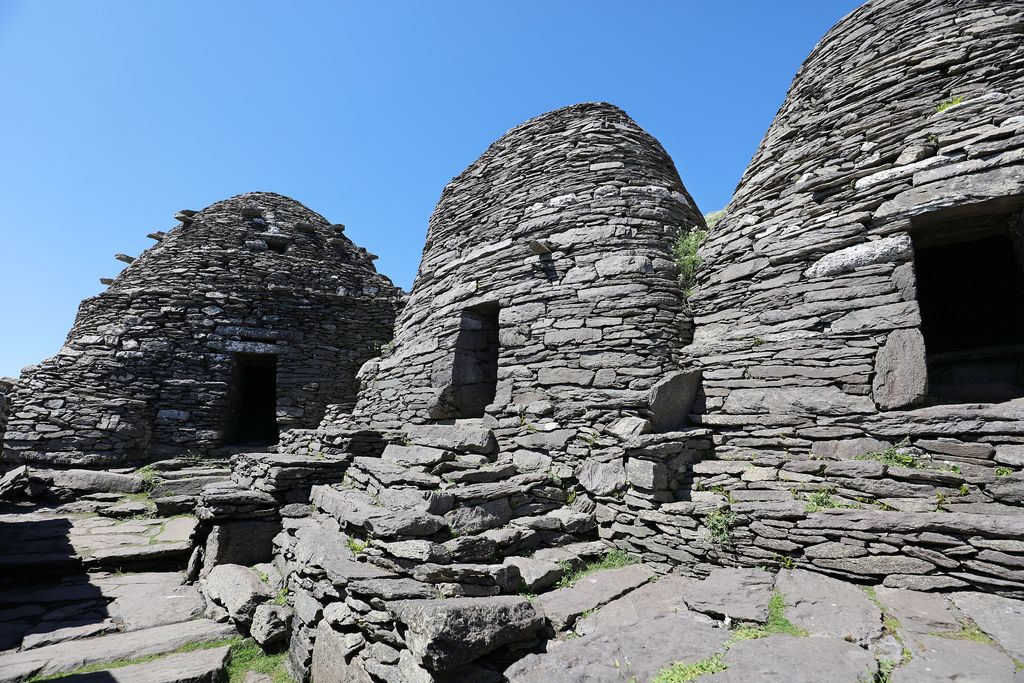 The Skelligs are also a magnet for wildlife enthusiasts. Small Skellig is home to the second largest colony of gannets in the world, with over 27,000 pairs. A Special Protection Area for birds, the islands are also important breeding areas for Manx shearwaters and storm petrels, hosting one of the biggest populations in the world. You can also find puffins, terns, fulmars and cormorants here, as well as peregrine falcons and ravens.

Beneath the waves divers can find corals, dahlia anemones, crayfish and squat lobster, cuckoo wrasse and pollock. In the Blue Cove you may stumble across a stone slab carved with a cross that fell 219m from the monastery above or wreckage from a US navy PB4Y-l Liberator bomber which hit the island’s South Peak in 1944. Larger animals like grey seals, dolphins, minke whales and the occasional basking shark also make an appearance. 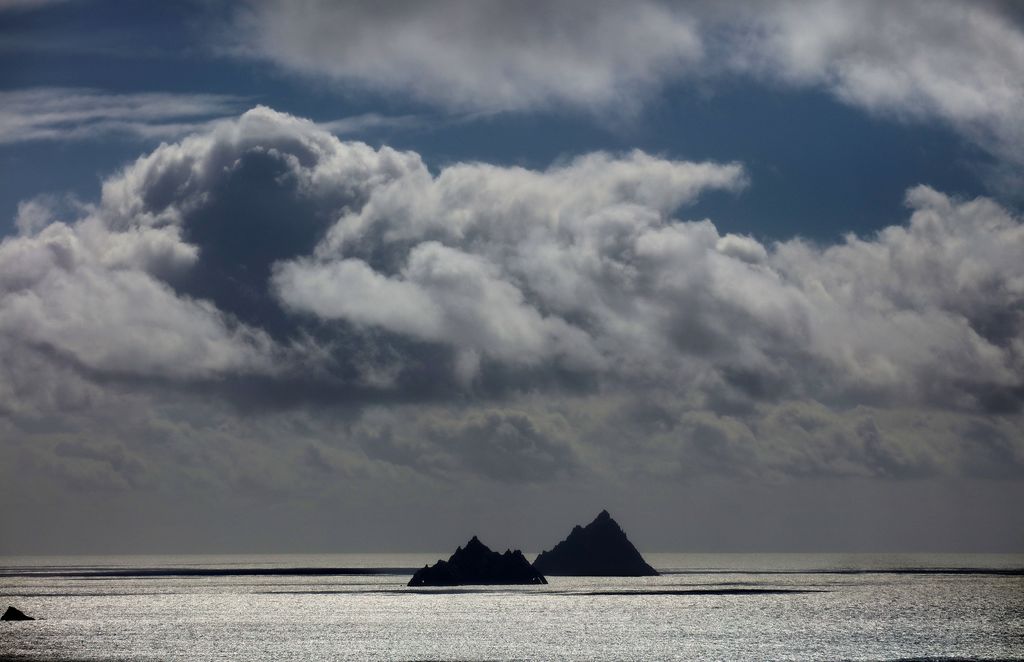 The Skelligs An otherworldly place that has drawn visitors for millennia

The islands made headlines around the world when they appeared in Star Wars: The Force Awakens and its sequel The Last Jedi. They look amazing, and really fit into the galaxy far, far away.

Known as Ahch-To in the films, the fictional island’s inhabitants were inspired by the real thing. There’s even a group of fish-like nuns, which I like to think reflects the Skelligs’ real history. Porgs, basically space puffins, were inspired by actual puffins, which were present during filming. What’s quite cool is that many of these adorable birds in the film were digitally altered real puffins, along with some puppets. This was done because it was easier than digitally removing all the puffins in post-production.

With all that going for it there’s only really one question to ask – who’s up for a day trip?