Shells are fascinating things to find and marvel at when you walk along the coast. Once home to relatively short-lived marine creatures, the shell is a hardy testament to millions of years successfully facing the challenges and seizing the opportunities of life on the coast.

On the beach, grassy shore and even sometimes on cliffs in Ireland, you encounter shells of all shapes and colours.  If you’ve ever wondered what kind of shells they are and about the creatures that once lived in them, this guide will help you identify them.

Your easy shell identification guide to the 10 most common shells around the Irish coast! 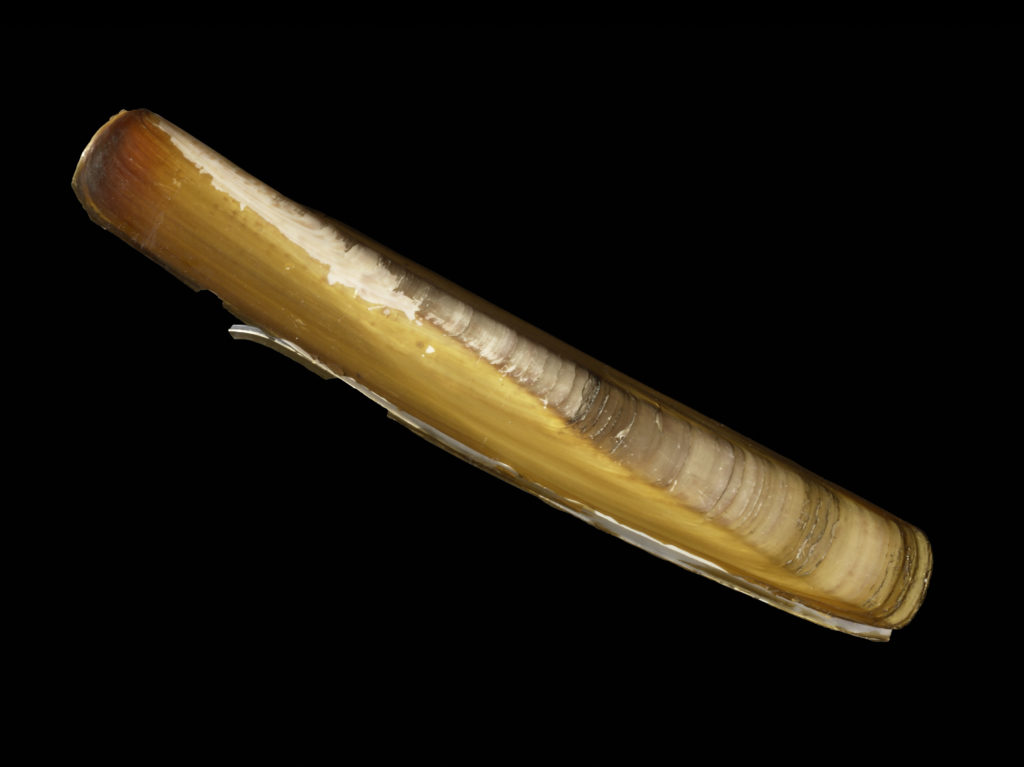 These ones are easy to spot the empty shells are long slendered shells. There’s two common types – curved (Ensis ensis) or straight or pod (Ensis silqua). 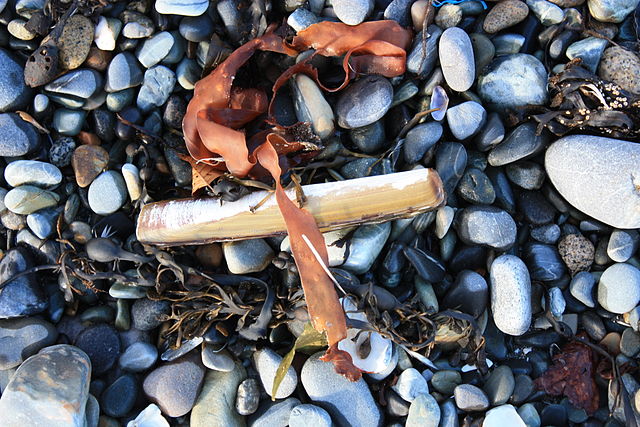 They can be mainly found on sandy beaches where they live burrowed in the sand and can grow up to 20cm long. 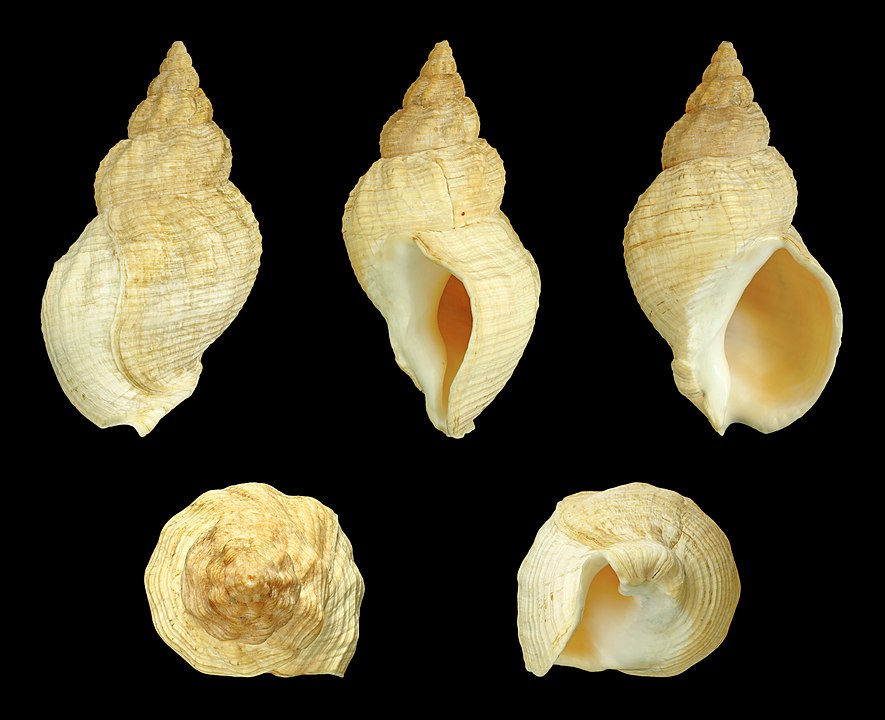 Classic looking shell with a spiral and ribbed surface and can be up to 11cm. Similar species include the dog whelk, which are much smaller. 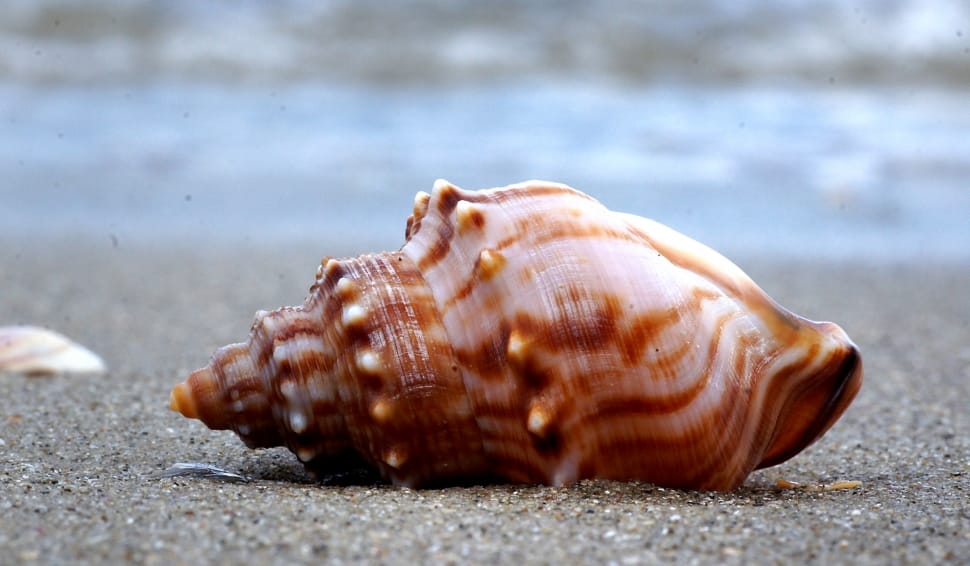 Live in deep waters or in deep rock pools on sandy shores. Commonly spotted washed up are their eggs which are like a spongy net of balls. 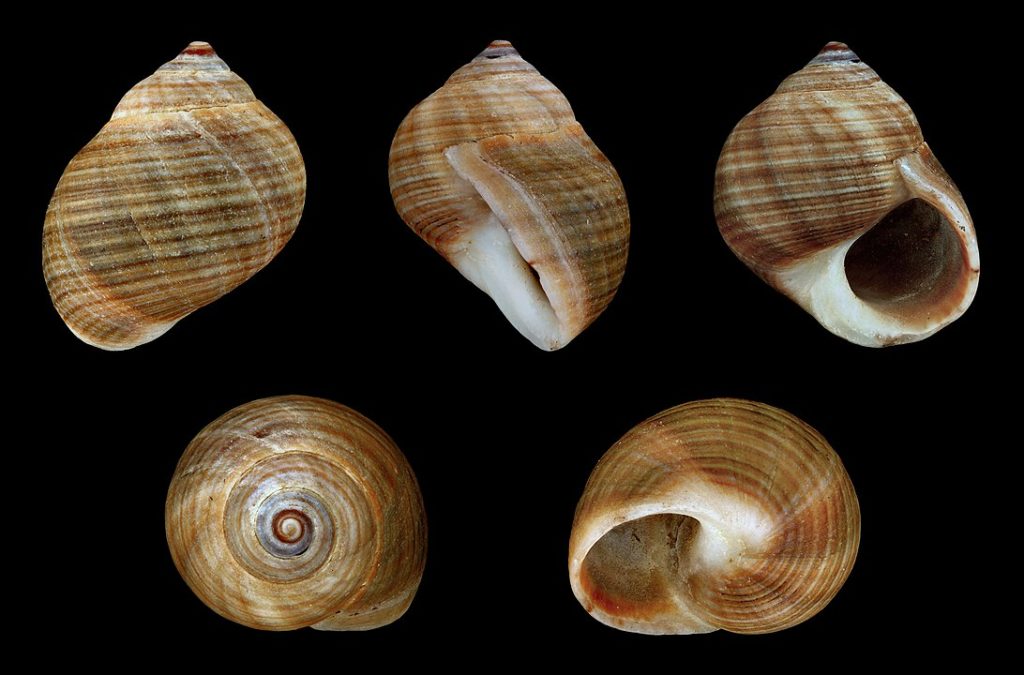 Common on rocky shores and often found among the seaweed on which it feeds. These are small dark-coloured coiled shells up to 3m and has a pointed tip. 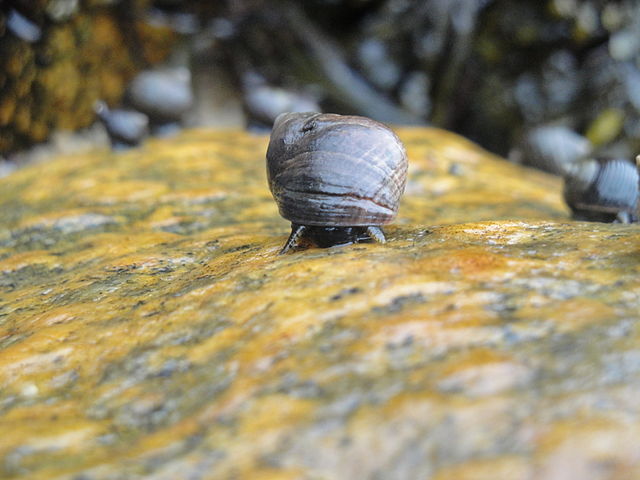 Inside the shell is a small edible sea snail. While not a popular cuisine in Ireland thousands are collected from our shores each year and exported. 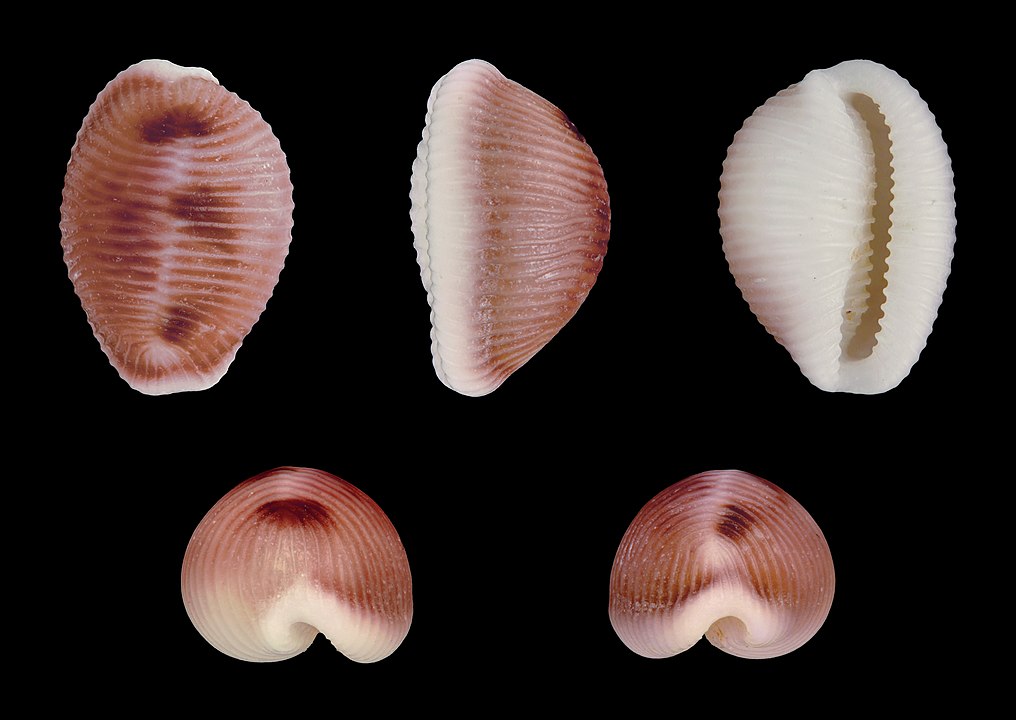 This unique looking shell is more commonly found on the west coast. It’s a small glossy egg-shaped shell that’s flattened underneath. The shell has a number of ridges and three dark spots and a narrow opening. The European cowrie is a species of sea snail that preys on sea squirts. 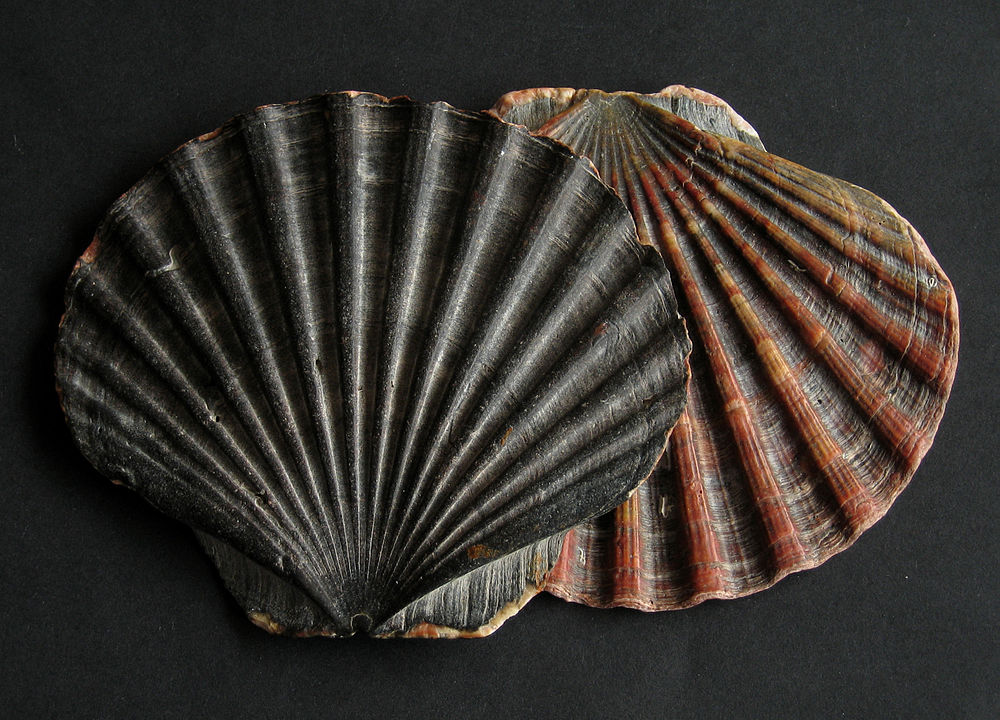 As the name suggests it is the largest of the scallop family and can be up to 15cm. The shells can be found on sandy or gravelly shores.

The scallop is an edible type of salt water calm. While alive it is encased with two shells that have around 15 – 17 ridges that radiate out from the straight edge at the bottom. The upper shell is flat and the lower is cupped. They avoid predators by ‘shell-clapping’ a form of swimming that helps them get away. 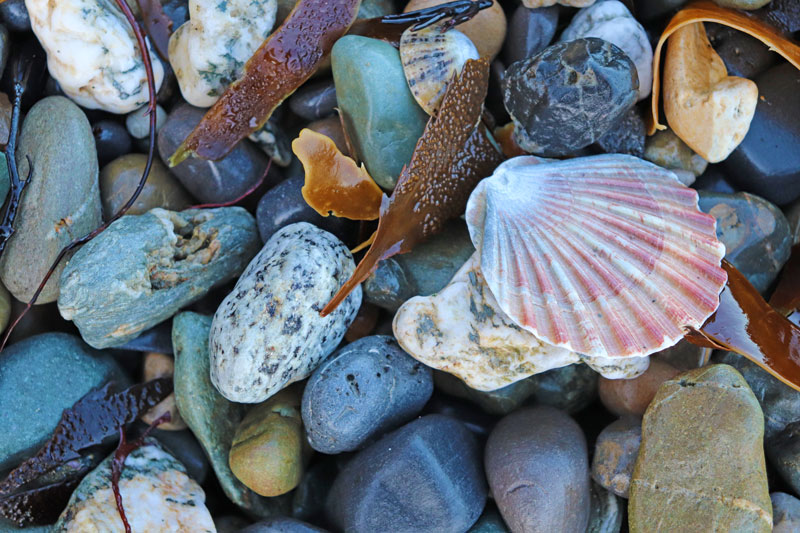 They have been overfished in Ireland and you need a licence to fish for them. 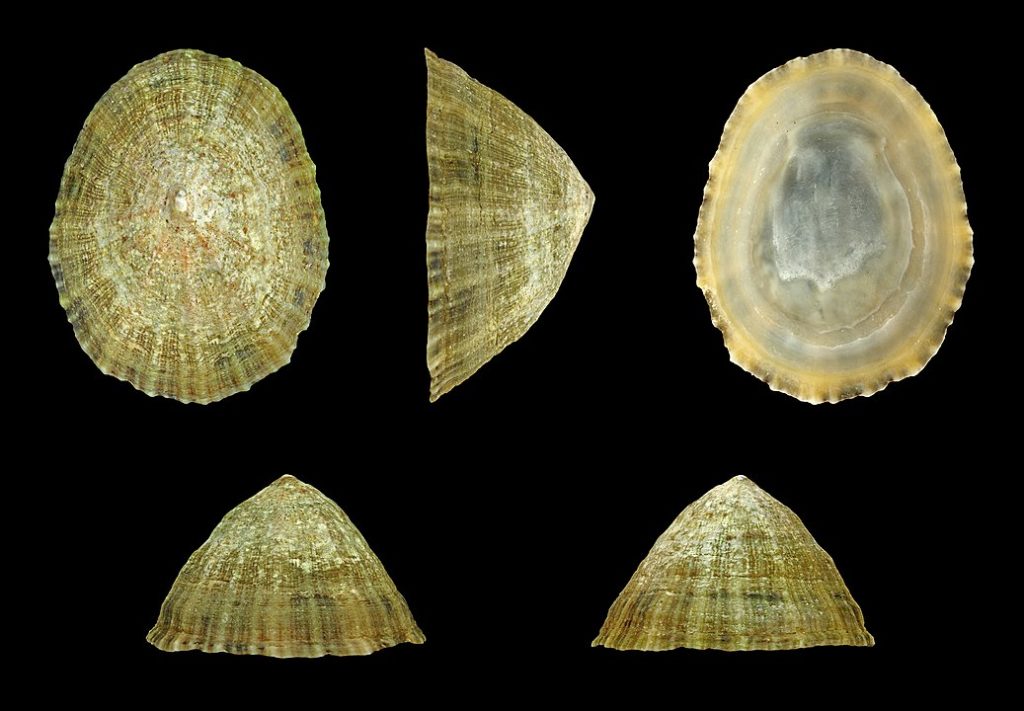 You’ve definitely seen these guys cling to rocks close to the shore’s edge. Their shells are conical in shape with ridges radiating out from the point and can be up to 6cm across. 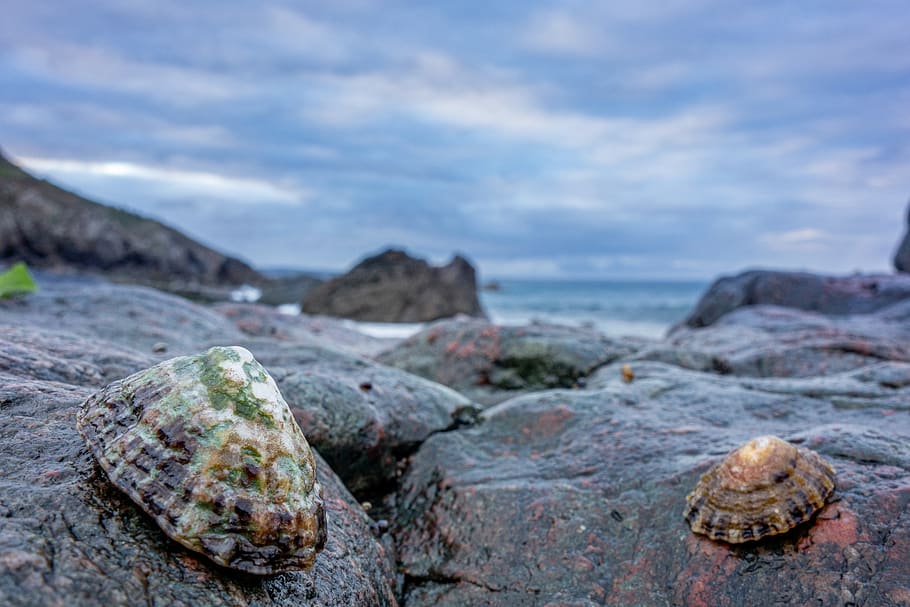 They live in the intertidal zones and to adapt to this harsh environment limpets always return to the same spot and create a small depression called it’s ‘home scar’ in the rock where their shell fits snugly so they won’t dry out when the tide goes out. When they travel away to graze on algae they leave a trail to follow to get back to their home. At low tides it uses its foot to tightly cling to the rock. 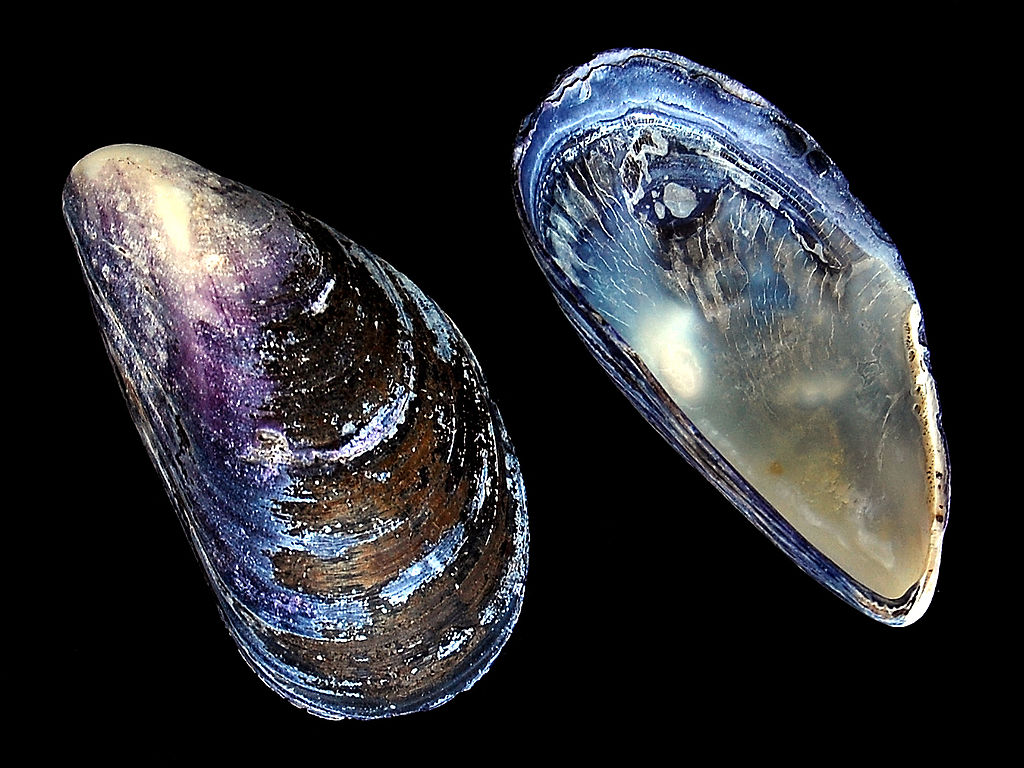 Mussels have two smooth oblong shells and can grow up to around 10cm. They attached themselves to hard surfaces like rocks and piers. Mussels are filter feeders and play an important role in the ocean’s ecosystem – they filter out floating particles which results in cleaner water. 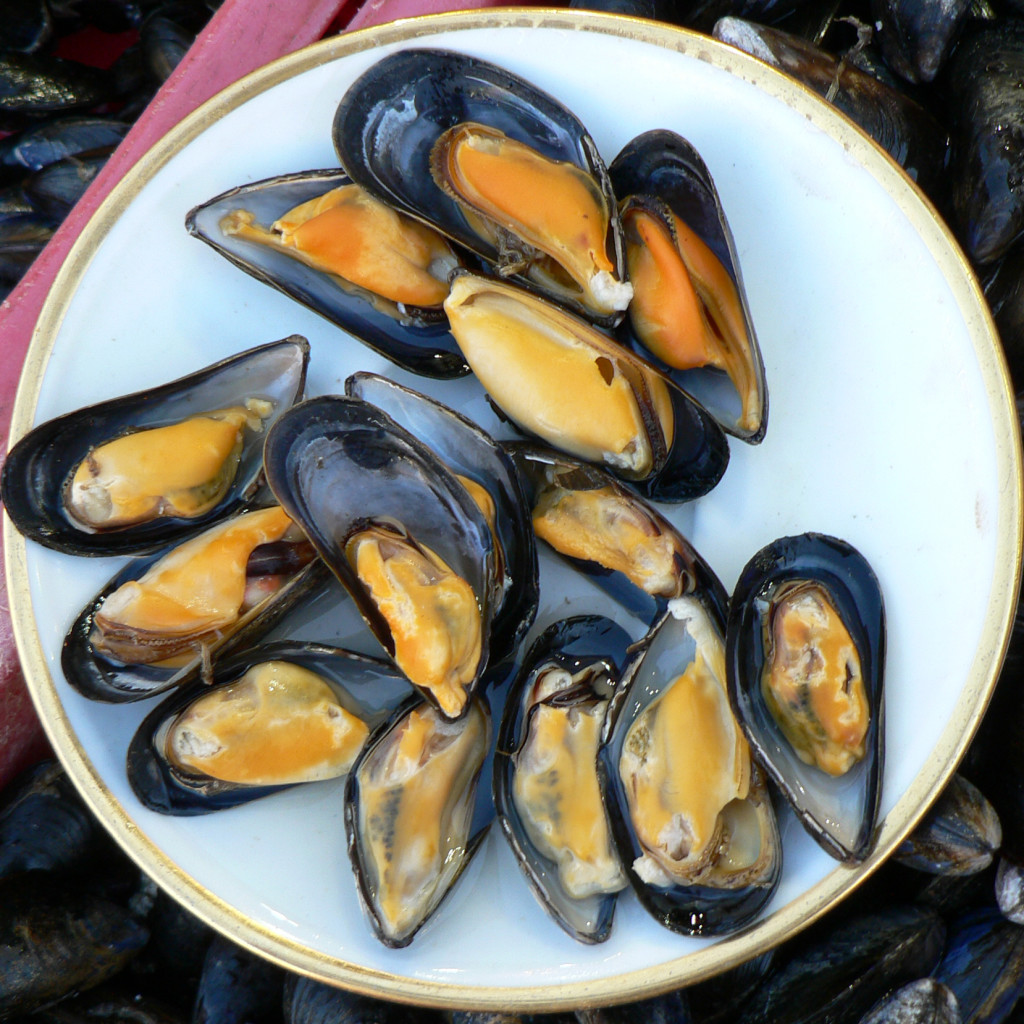 You can collect mussels yourself to eat but be very careful as there can be a risk of poisoning. Best to avoid collecting them in summer months and soaking them prior to eating. 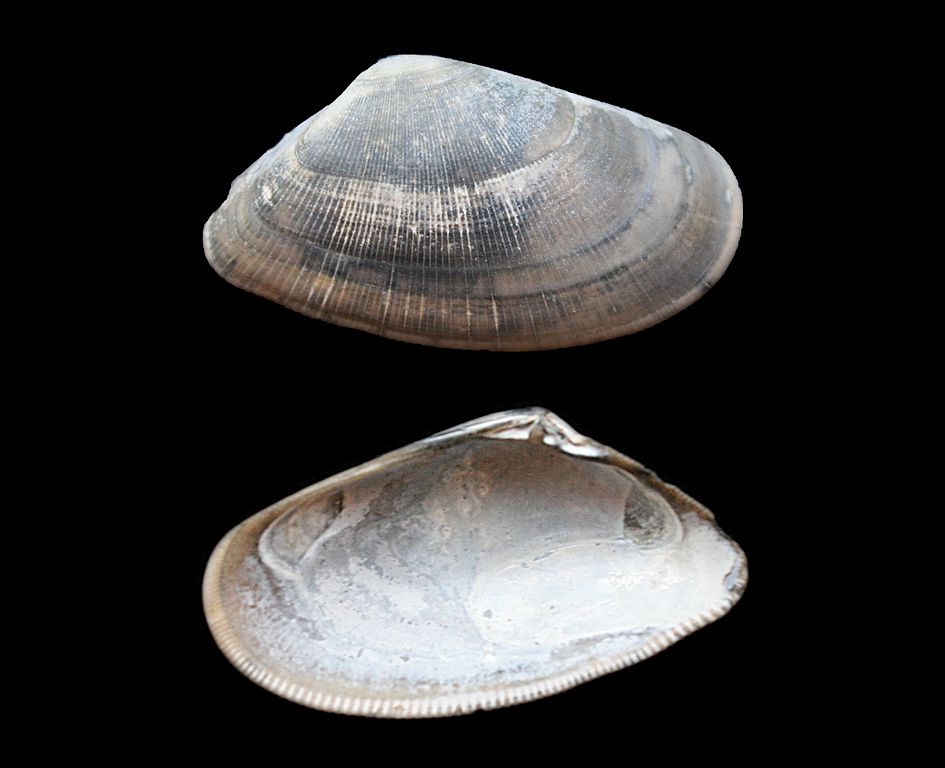 Common on all Irish sandy shores. They have two triangular shells with bands of white, yellow, brown and violet and can be up to 3cm.

When disturbed it is able to quickly burrow into the sand to hide from predators including gulls. 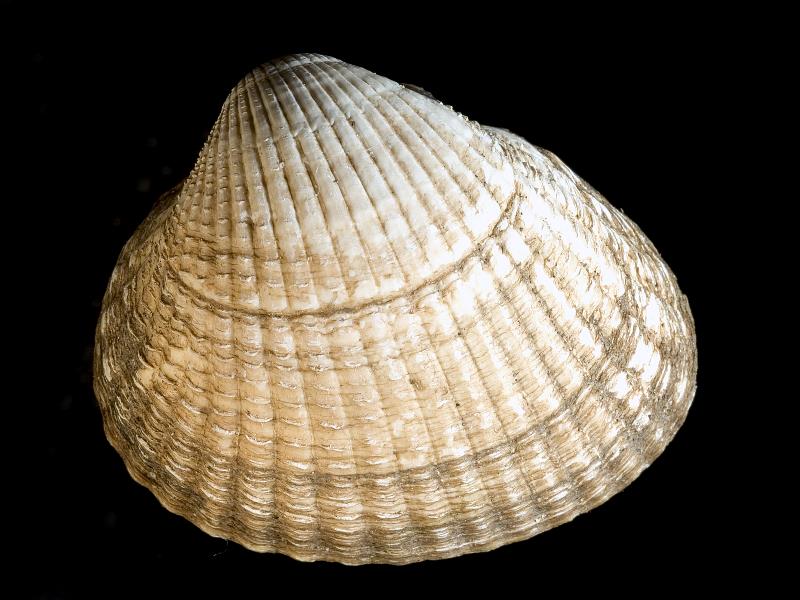 These are common on sandy beaches. The shells are small white oval bivalve shells with around ridges usually up to 5cm. They live buried under the sand and siphon feed on plankton. 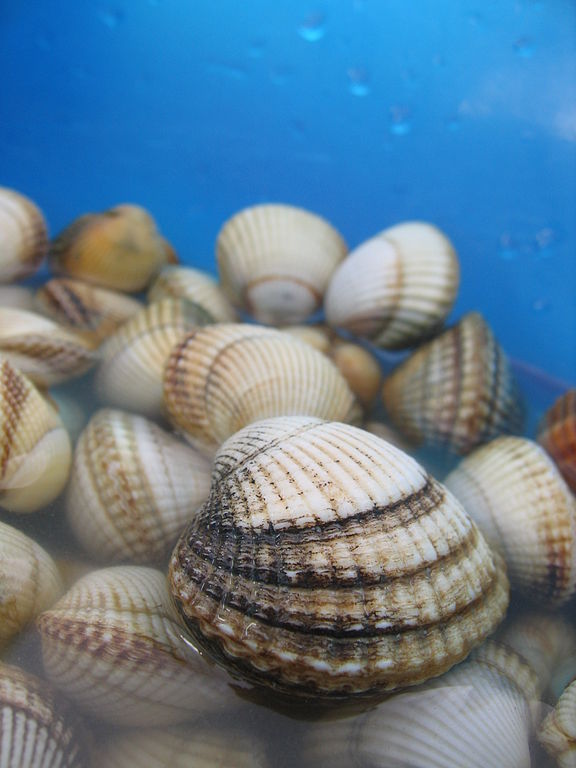 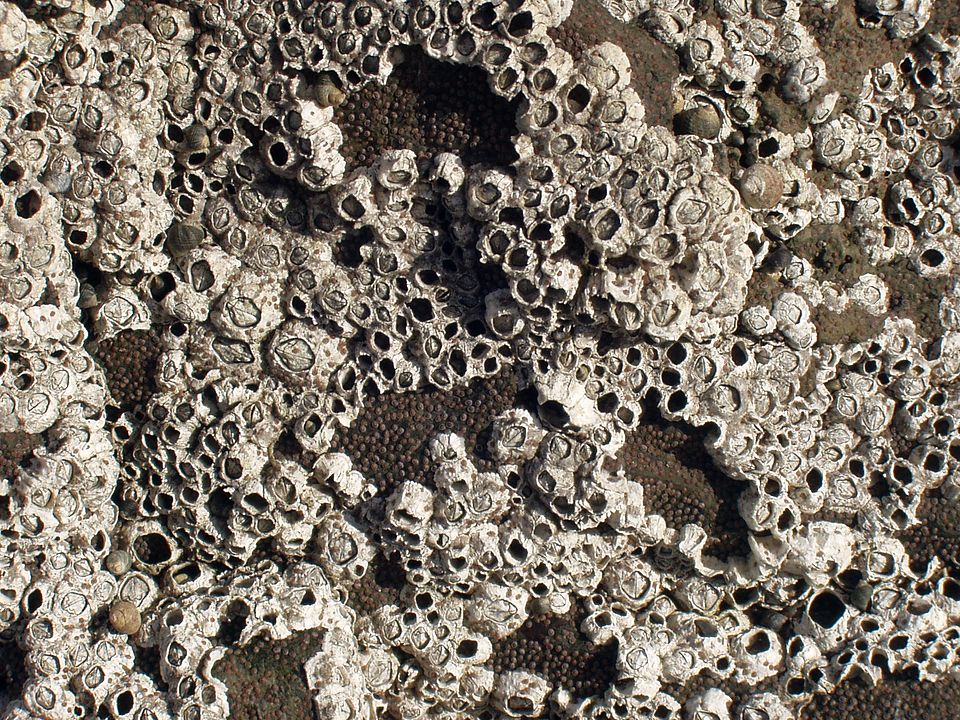 A common sight on rocky Irish coasts. The shell wall is divided into six calcified plates with a diamond shape opening. When the tide rises to cover the barnacles the diamond-shaped aperture opens and it’s tiny like hair like cirri are extended to filter food from the seawater. 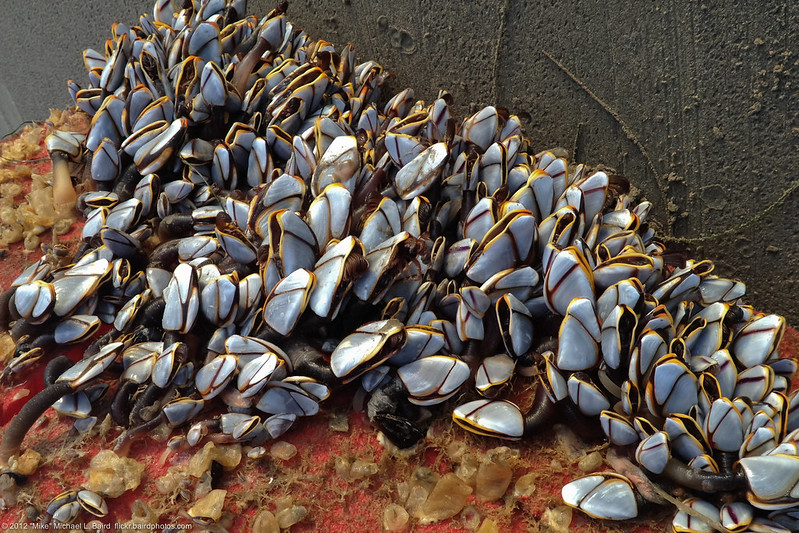 These odd-looking creatures might be spotted on driftwood or other flotsam washed up on the beach. Each barnacle is encased in four blue/white plates and attached to a hard surface by a long flexible stalk up to 15cm long. The odd name comes from the barnacle goose, a migratory bird that people never saw nest or lay eggs which led people to believe these strange long-necked barnacles were the goose’s eggs.

Curious about Seabirds? This is our Seabird Identification Guide