The latest in our series of maritime inspired poems by Daniel Wade is a tribute to the iconic Martello towers dotted around the Irish coast, in particular to the one based in Sandycove and immortalised by the opening chapter of James Joyce’s Ulysses. 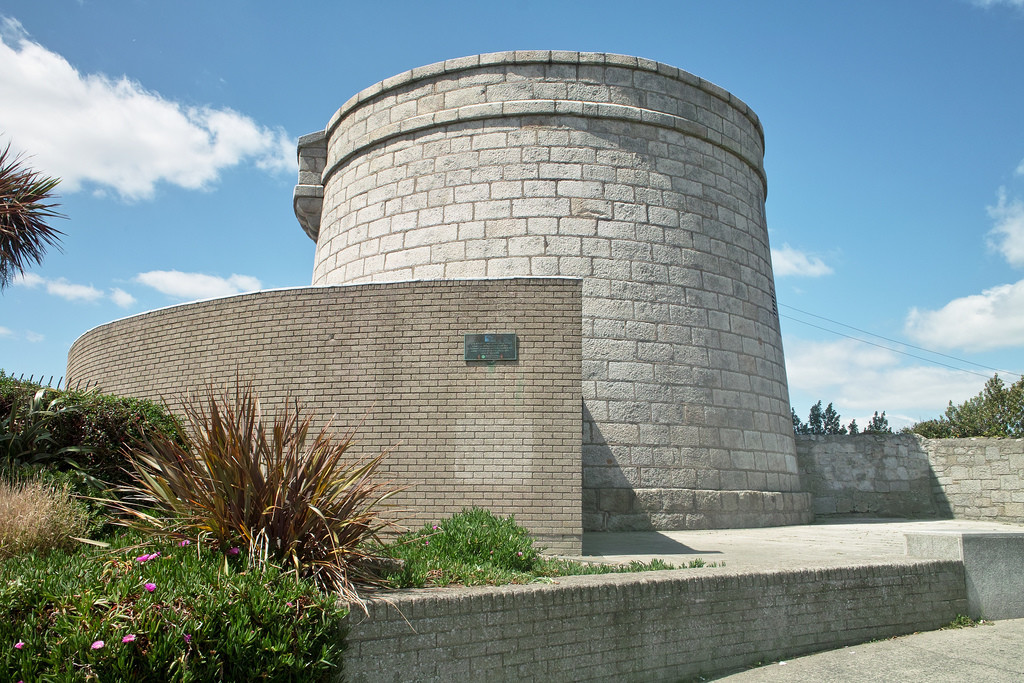 Outside the James Joyce Tower at Sandycove

The span of bay is everywhere I look,

throbbing in heat, in kelp,

impossible to predict in its seasons. Dawn

is now under way. But from my granite gunrest,

a prince without sire or dominion eyes

invasion that will never arrive.

Only the Irish Sea is incoming: yacht

and ship stagger on her waves’ breaking

green, marked as the panther

and its sleeping pursuer.

It’s a blessing to live with such nearness

to water. But neither you, nor I,

nor anyone would dare call it ‘neighbour’.

It’s too noble for that, or any

other term of human endearment.

Below me are diving pools,

a stone’s throw of steps, swimmers

eeling in the late-noon tide.

night lamps grapple with the shade.

as if taunting the bull-headed sea.

A car ferry clears the harbour-mouth.

Home to amateur scholars and the eye-patched

crank who chose exile over the decorum

of classics, priestly sophism and opera-song,

I am a work of squat, defensive art,

cannon-proof and hounded by seagulls,

my throne the surf-bulleted rocks

lags in the grip

It is the destiny of monuments

groundswells to engulf them.

So, from the imperial keystone,

windworn as parapets, the sea state

rises to meet me, a pale fever.