The vital role of the ocean, climate change, and actions to safeguard it for future generations were the focus of conversations between The Duke and Duchess of Cambridge and the Marine Institute during the royal couple’s first official visit to Ireland. 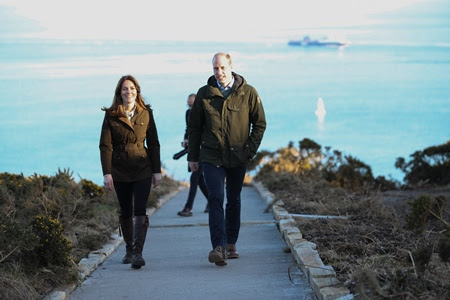 Dr Paul Connolly, CEO of the Marine Institute, along with All-Ireland Ocean Youth Ambassador, Eimear Manning, met with The Duke and Duchess at Howth today.

During a coastal walk of Howth Head, Dr Connolly spoke with Their Royal Highnesses on several subjects that are central to the work of the Marine Institute including the importance of the oceans to coastal communities and climate adaptation. The Marine Institute, through the BlueFish Project, is working with coastal communities in Ireland and Wales on the importance of the ocean to their livelihoods and the impacts of a changing climate.

Other topics of conversation included Ireland’s role in exploring and mapping the seabed, international collaboration on ocean research, and the Marine Institute’s role in empowering Ireland and its people to safeguard and harness our ocean wealth. 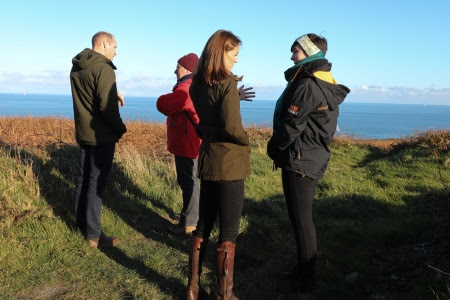 The vital role of the ocean, climate change, and actions to safeguard it for future generations were the focus of conversations. (Photography Credit: Julien Behal Photography )

She spoke with The Duke and Duchess of Cambridge about ways to engage with communities, schools and businesses to introduce behavioural change initiatives and programmes for the marine environment. Working with All-Atlantic Ocean Youth Ambassadors across the globe, she strives to promote sustainable development and stewardship of the Atlantic Ocean.

The Marine Institute’s work aligns with The Royal Foundation of The Duke and Duchess of Cambridge and its aim to unite people to tackle some of today’s biggest challenges. In January 2020, Prince William launched the Earthshot Prize, an ambitious set of challenges to inspire a decade of action to repair the planet. These challenges will seek answers to the biggest issues currently facing the planet, including climate and energy, nature and biodiversity, oceans, air pollution and fresh water.

Dr Paul Connolly said, “I was delighted to meet with Their Royal Highnesses, The Duke and Duchess of Cambridge, to talk about shared interests in protecting our oceans and adapting to a changing climate. Our oceans are fundamental to life on earth. They unite us – yet they face a multitude of challenges. Our focus in the Marine Institute is to further our understanding of our changing ocean. Our enhanced knowledge and services help us to observe these patterns of change and identify the steps to safeguard our marine ecosystems for future generations.”