Written by Martin Baillie-Johnston. This article originally appeared in the Spring 2019 edition of SubSea Magazine.

It’s late in December when I walk through the front door of the dive shop “Flagship Scuba” located in Sandycove, Co Dublin. Derek Molloy is busy behind the till and the man I have come to meet, Rory Golden, the owner, is busy servicing Spare Air kits in the large service bay located at the back of the shop. Rory has owned and run Flagship Scuba for twenty years now. It first opened its doors in 1999 and keeping a dive shop open, especially during the last ten years, is no mean feat. 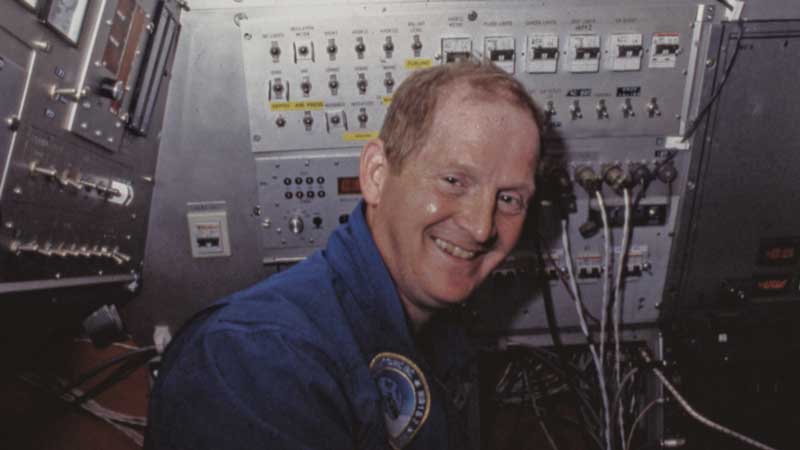 Let’s be honest, most people have heard of Rory, he was PRO for CFT in the 1990’s, owner of Flagship Scuba, first Irish diver to go to the RMS Titanic, member of the Explorers Club and the Royal Geographic Society. In the 20th anniversary of Flagship Scuba I came to meet Rory to find out a bit more about his favourite dives, running Flagship Scuba and diving to the Titanic.

Rory learned to dive in 1976. He attended a Try-a-dive in Killiney Castle Hotel and loved it. He signed up to the 11th course to be run in Ireland by Shane Gray. Shane taught diving in a modular system. After he qualified, Rory joined Dalkey Scuba divers before becoming a founding member of Nautilus Divers in 1979. 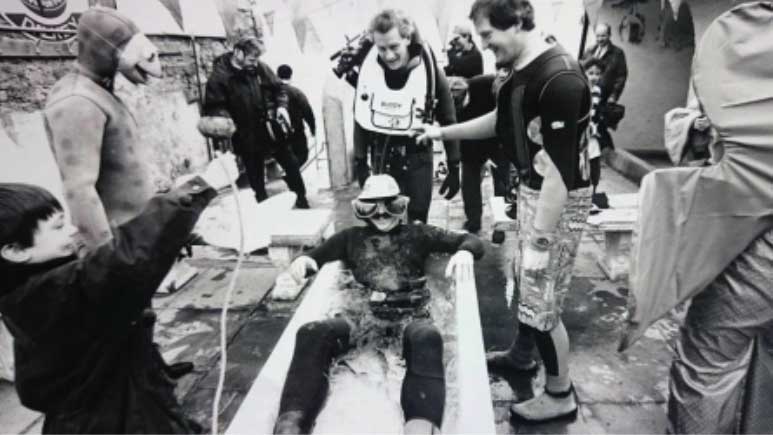 Round Dalkey Island Event in aid of the RNLI 1994

Between 1976 and 1986, Rory progressed from a 1 Star Diver to a Mon 3 Instructor. In 1983, as sales manager for a music distribution company, he was made redundant when the Woolworths chain of stores closed. He then qualified as a HSE Part 1 commercial diver, working on inshore projects in Ireland.

Rory was back working in the Music Industry in Ireland and at one point was the MD of Virgin Records Ireland for 15 years. He was a member of the committee for the CFT Dive Show in 1988, chaired by then PRO, Shane Gray. One of the main speakers that weekend was Titanic cameraman, Ralph White, who had been on the French-American expedition to find the Titanic in 1985. This proved to be a great success, with people so keen to hear Ralph talk, that he had to repeat the talk at the dive show. He and Rory became friends. 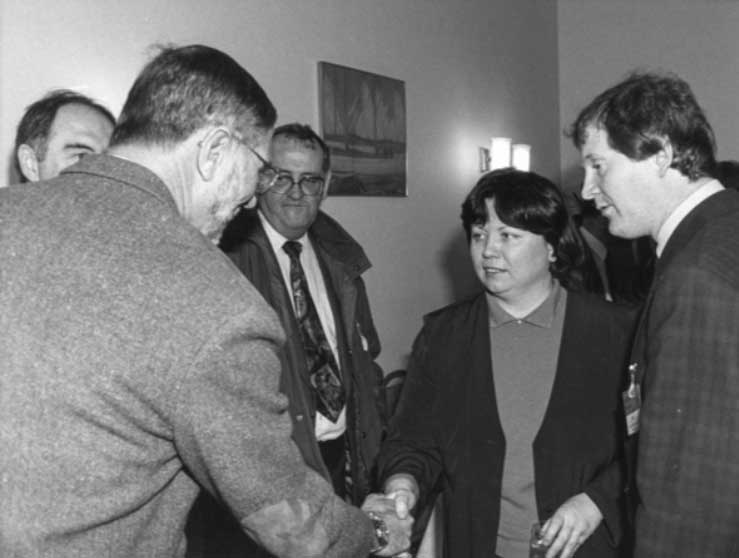 Rory went on to run the Dive Show in 1990, 1992 and 1994, utilising his entertainment background contacts. He was elected as Public Relations Officer for CFT in 1990, a position he held for four years. He was a member of the CFT Technical Commission during this time, involved in setting the standards for Nitrox diving in 1994, and underwater archaeology courses. He was also elected as the Irish Representative to CMAS in 1992.

The music industry took a turn for the worse again in the late 1990s and Rory was made redundant once more. He qualified as a PADI instructor and decided to open his own dive business. Flagship Scuba was born.

Rory wanted to create a company which could provide a full range of products and services to the growing number of people taking up diving. 20 years later nothing has changed, Flagship Scuba still wants to provide that service. Originally the company had a unique location aboard the old Aran Islands Ferry “Naomh Eanna”. Many people will remember going there in Grand Canal Basin.

Through the years Rory kept in touch with his friend Ralph, who spoke at more Dive Shows in the 1990s and even appeared on the Late Late Show. Ralph was involved in an expedition to the Titanic in 2000 and recommended Rory for the Head of Dive Safety Operations. Shortly after the expedition began, Rory also took on the additional task of logging recovered artefacts. The team met in St John’s, Newfoundland and sailed for 2 Days to get to the resting place of the Titanic. The expedition lasted six weeks, during which time Rory was privileged to take part in one dive on the Titanic, becoming the first Irish diver to do so. He left a memorial plaque from Ireland on the wreck. During this 12 hour dive the ships’ wheel was spotted by Rory and recovered. He was the first person to touch the wheel of the Titanic since it sank in 1912.

In 2005 he was approached again to be part of an expedition to return to the Titanic for BBC Northern Ireland for the documentary “A Journey to Remember”. This expedition lasted one week, during which two memorial plaques from Belfast were left, including one from Harland & Wolff. 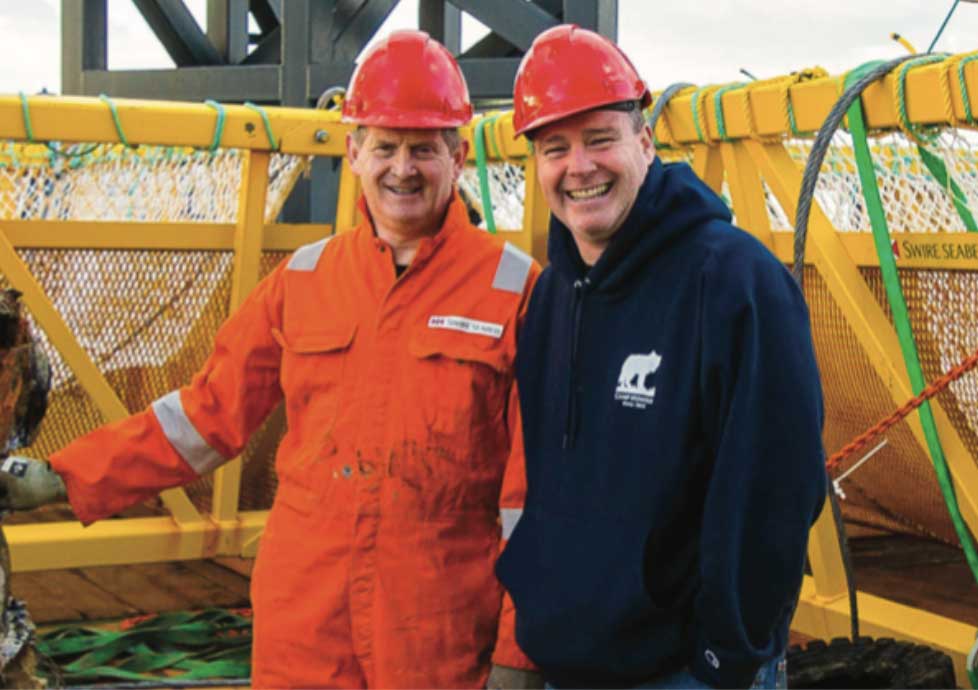 Rory with David Concannon on the Apollo engine recovery expedition.

In 2013 Rory was part of the F1-Apollo Engine Recovery Expedition, funded by Amazon founder, Jeff Bezos.

Four Apollo F-1 Saturn first stage rocket engines were recovered, including the centre engine from Apollo 11, the one that put man on the moon in July 1969. The Expedition Team was awarded the Citation of Merit by the Explorers Club of New York. 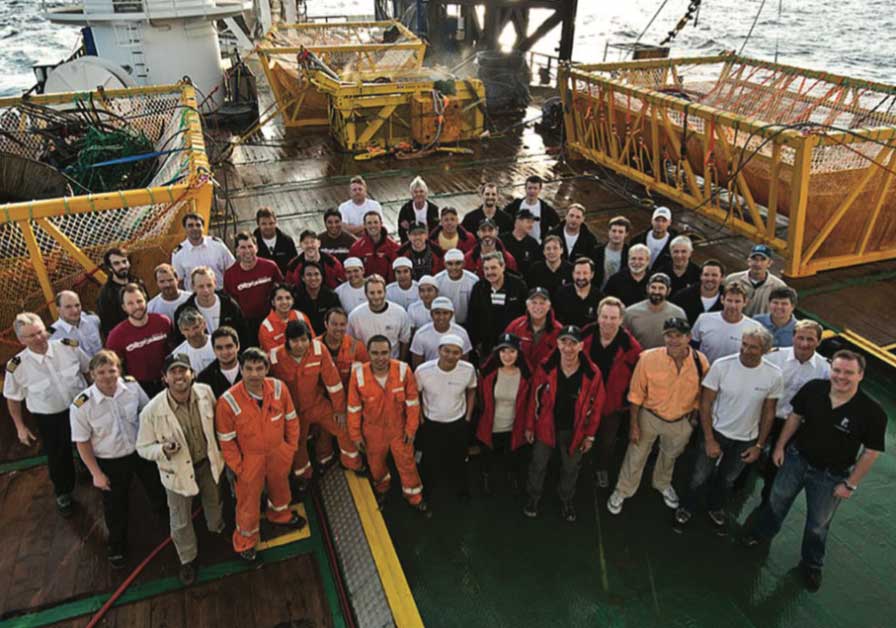 I asked Rory where he likes to dive at home and he said that his favourite sites are in Connemara: High Island and Inishbofin in particular. There’s also great hiking there he reminds me.

Rory believes the most important bit of equipment a new diver buys is their regulator, followed by their dive computer. He believes you should spend wisely and understand what you are buying.

If you would like to hear more about Rory’s adventures he will be giving a talk at this year’s dive show. If you can get down to it, go, you won’t be disappointed. He has done a lot and is a great speaker.