In 1849 Irishman Robert Mallet (3 June 1810 – 5 November 1881) carried out experiments on Killiney beach in Dublin creating groundbreaking studies on seismic activity. His work on the east coast laid the foundations for the modern science that studies earthquakes and earned him the title ‘Father of Seismology’. 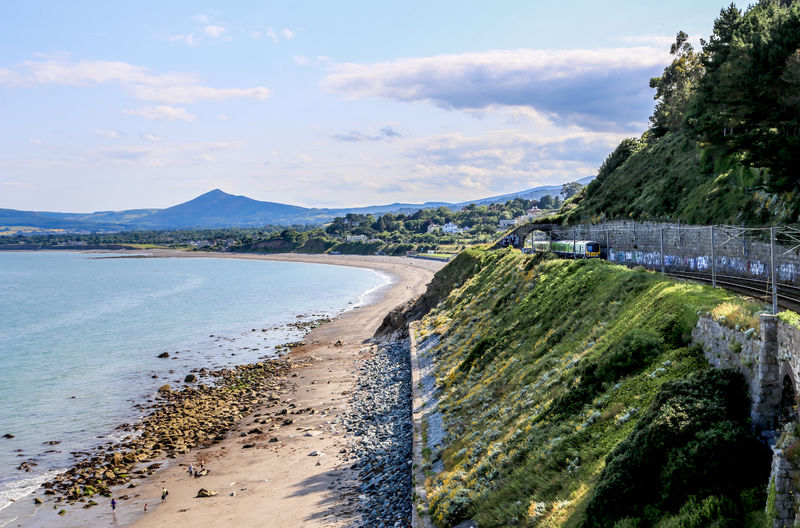 Robert Mallet was a geophysicist, civil engineer and inventor. Born in Dublin 1810, he studied science and maths at Trinity College. After graduating he joined his father’s iron foundry and helped grow the family business into one of the largest engineering companies in Ireland. He was involved in the construction of Fastnet Rock lighthouse, the Nore Viaduct and several swing bridges over the River Shannon.

At the ripe old age of 22 he was elected to the Royal Irish Academy and on February 9th 1846 he presented his paper to the Academy ‘On the Dynamics of Earthquakes’, which is considered to be one of the foundation papers of modern seismology. He is even credited with coining the word ‘seismology’ and ‘epicentre’.

In October 1849, Mallet carried out experiments on Killiney Beach to examine how fast energy passed through various materials including rocks and sand. Along with his son they buried kegs of gunpowder in the sand and detonated them. Father and son then measured how long it took the shock waves to travel over a set distance. The following year he carried out similar experiments on Dalkey Island. These were both landmark studies in the history of the scientific study of earthquakes.

There is a plaque on Killiney beach to commemorate Mallet’s study.