Launched 12th September 1896, she was christened RMS Leinster and chiefly served as the Kingstown (now Dun Laoghaire) mail boat. She was one of four ships named after the provinces of Ireland and was commissioned by City of Dublin Steam Packet Company for Royal Mail Service.

She was an impressive 378 feet long,  2,646 tons and could travel up to 24 knots. Toward the end of her life – during the First World War – the twin-propellered ship was outfitted with a camouflaged exterior and armed with one 12 pounder and two signal guns. 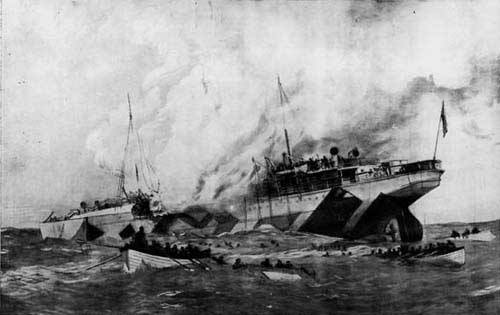 On 10th of October 1918, the RMS Leinster was bound for Holyhead, carrying 77 crew and 694 passengers, it was to be her final voyage.  At four nautical miles east of the Kish Lighthouse, she was torpedoed by German submarine UB-123. The first torpedo passed in front of the bow but the second struck the ship on the port side near the mail room. The Captain ordered the ship to turn around and try to head back to Kingstown but a third torpedo struck causing an explosion. The official death toll was put at 501 souls.

One of the first ships on the scene was the HMY Helga, the infamous ship that had previously been involved in shelling Dublin during the Rising. It was refuelling in Dun Laoghaire when the Lenister was attacked and managed to rescue 90 passengers before the ship went down. 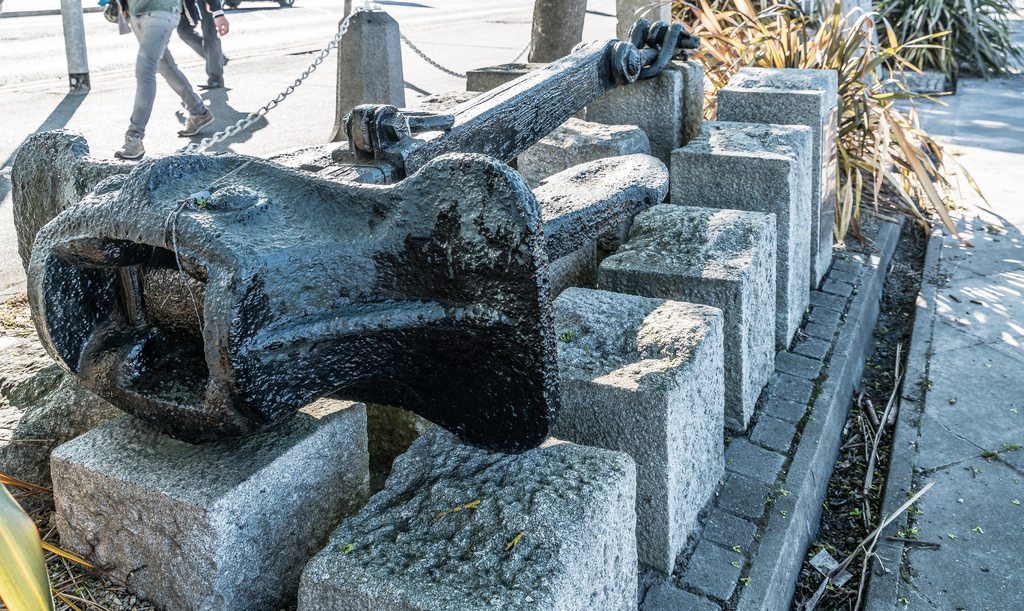 In the 1990’s local divers began to explore the wreck of the Leinster and one of the anchors was eventually recovered. The anchor is now on display in front of Carlisle Pier in Dun Laoghaire, the place where the Leinster set out on its final fateful voyage.