This March marks the centenary of the sinking of the RMS Connaught, the lesser known sister ship of the famous RMS Leinster.

Her story will be brought to life by the distinguished author and historian Philip Lecane at an interesting lecture taking place in the National Maritime Museum on the 2nd March. 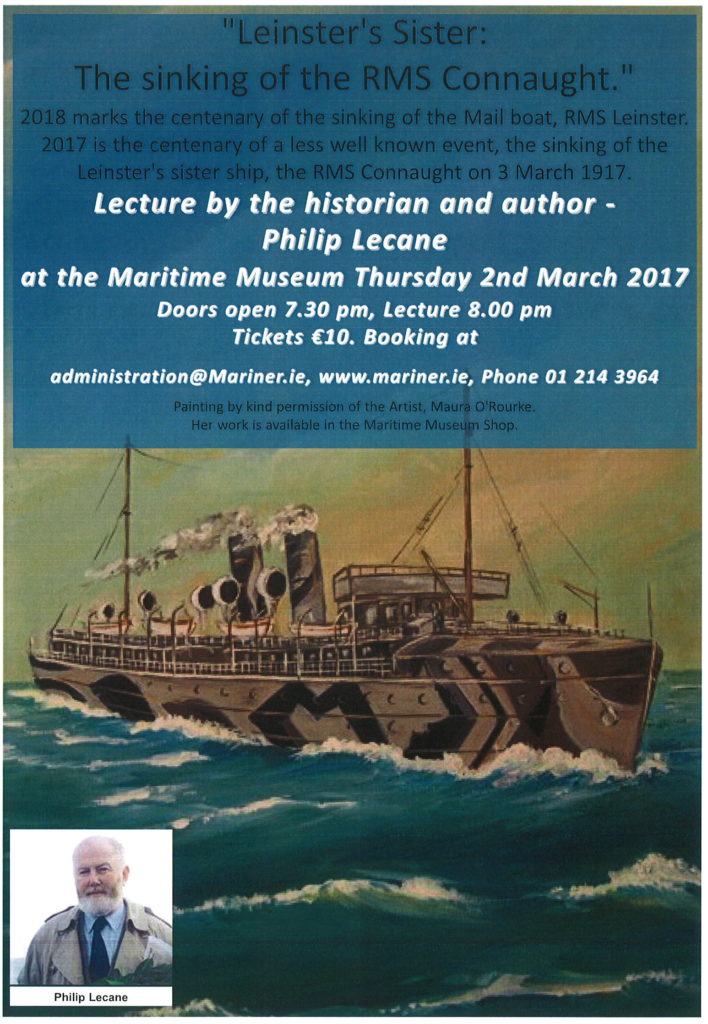 RMS Connaught was one of four steamers named after the four provinces of Ireland and operated by the City of Dublin Steam Packet Company for the Royal Mail Service. She was built in 1897 and was the second ship to carry the name.

During the First World War the Connaught was commandeered by the British War Office and pressed into service. On 3rd March 1917 while returning to Southampton from Le Havre she was sunk for a German U-Boat.


This interesting lecture will commemorate her sinking and remember those who were lost. The lecture will take place on the 2nd March at 7.30pm at the National Maritime Museum in Dun Laoghaire.

Tickets are €10 and are available at the door or on eventbrite.