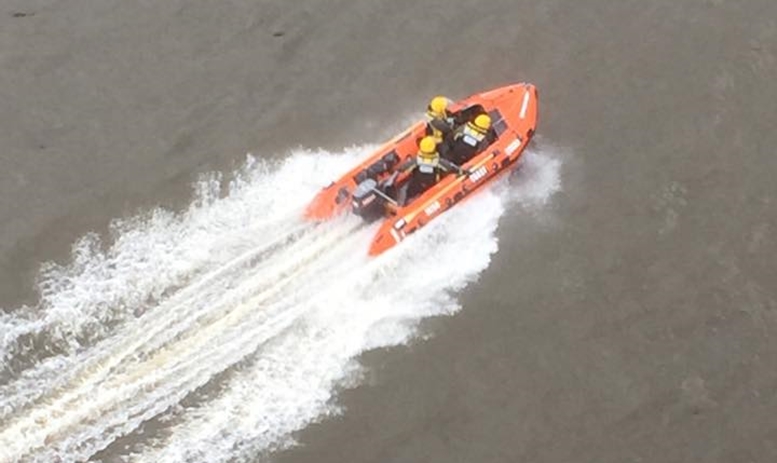 Three youths in their 20’s had taken the small punt boat out across the bar of the river Boyne at Mornington. The Drogheda Coast Guard responded to a call from a member of the public after the boat failed to return.

The call was received around 9.30pm and the lifeboat and two land units were dispatched immediately to the scene. Clogherhead Coast Guard and RNLI were also tasked.

Upon arrival on to the scene land teams met with the caller where they could clearly hear shouts for help coming from out to sea. The three youths were located clinging to the upturned boat approximately one mile east of Mornington bar.


The casualties were taken onboard and transferred to the Fishmeal area of the river Boyne, where first aid was administered by the land team and members of the RNLI until the ambulance arrived and took over. The casualties were then transported to hospital for further treatment.

A statement from Drogheda Coast Guard said “All three casualties were not wearing life jackets and were extremely lucky to survive this incident.

Only for the quick thinking of the caller and the rapid response from all agencies involved were we able to bring this incident to a successful conclusion.”