On 30th January 1816, an unexpectedly severe storm raged on the southeast coast of Ireland. Three ships returning home to their families from war on the continent were caught in a vicious gale and as they neared the coast, all were lost in one of Ireland’s worst maritime disasters. Over 500 men, women and children would perish that day.

The worst of these tragedies was that of the warship Sea Horse and its loss has left an indelible mark on the people of Tramore, Waterford. 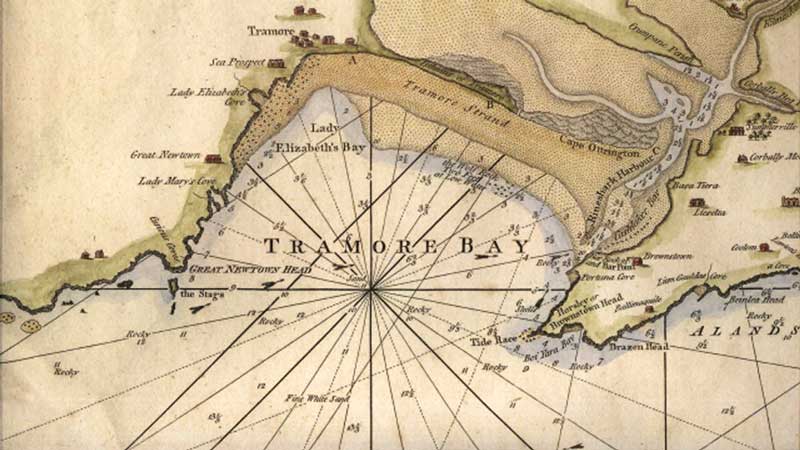 The Sea Horse, Boadicea and Lord Melville were travelling together and all carried regiments that were returning home from the Napoleonic wars. The Sea Horse sought shelter in Waterford Harbour. Her sails were ripped to shreds and she dropped anchor but they dragged and the ship ran aground. The ship broke apart and all but 30 of the 394 people on board were lost.

The monstrous waves made it impossible for rescue crews to go to the ship’s assistance and the people of Tramore watched on from the shore in horror, helpless to save the souls on board the Seahorse.


The Boadicea and Lord Melville never made it to their destination either. Lord Melville failed to clear Kinsale head and but the captain managed to drive her onto a shoal 300 metres from the shore. This managed to save many of the passengers, nearly 450, who rode the storm out and were saved the next day. Not all survived and tragically a boat was launched carrying 13 passengers but it also foundered and there was only one survivor.

The Boadicea managed to round Kinsale Head but it was driven onto the shore at Courtmacsherry Bay and broke up. Some 100 passengers scrambled onto a large rock but 190 were lost to the sea. 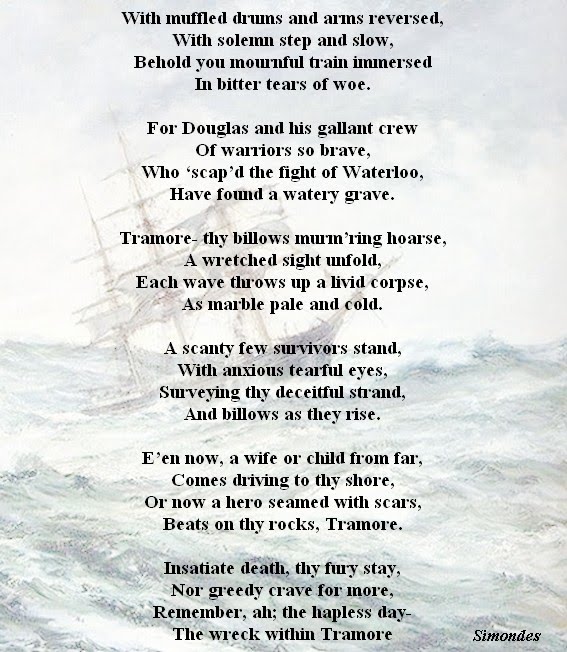 A poem about the disaster (Credit theseahorseshipwreck.blogspot.com)

The people of Tramore were deeply affected by the wreck of the Sea Horse. The Sea Horse was subsequently adopted as a symbol by the town and can be seen on the crest and logos of schools, clubs and organisations including world-renowned Waterford Crystal.

More information can be found at this very interesting website: theseahorseshipwreck.blogspot.com