One of Ireland’s most unique lighthouses celebrated a major milestone on the weekend. Rathlin Island’s West Lighthouse marked 100 years since it was first illuminated on 10th March 1919.

The West Lighthouse is one of three lighthouses on Rathlin Island. What makes this one particularly unique is that it is an ‘upside-down lighthouse’. This was the second of the three lighthouses on the island and built at the top of Kebble Point. The cliff was too high for the light to be effective so it had to be placed some way down the cliff, making the lighthouse upside down!

The light was first lit on 10th March 1919 and was watched over by lighthouse keepers until 1983 when the lighthouse was automated. The light is still in use today. Today the lighthouse serves as the RSPB Seabird Centre and attracts an impressive number of visitors each year. 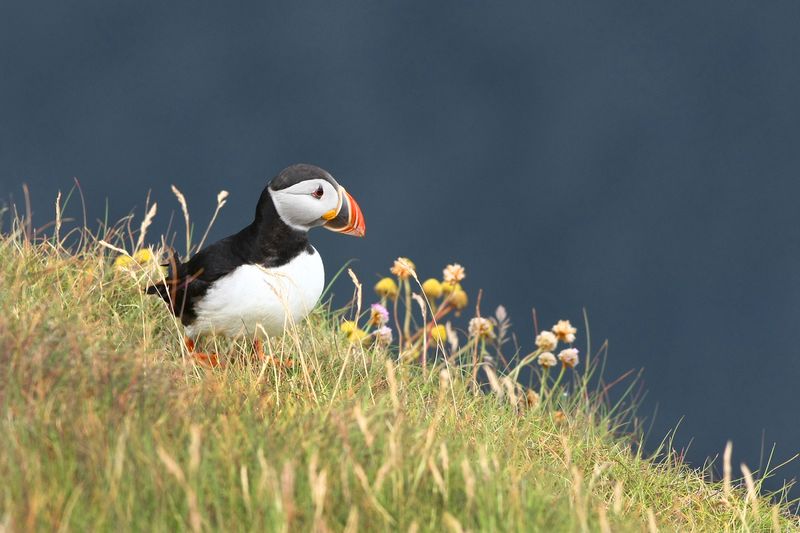 Puffin on Rathlin Island One of the many summertime inhabitants.

Each summer tens of thousands of seabirds come ashore to Rathlin Island and nest on the craggy cliff stacks. These include kittiwakes, razorbills, guillemots and puffins.  The seabird centre at the west light will open back for the season in April so put it on your summer bucket list for a spot of bird watching and seeing a wonderful piece of Ireland’s unique maritime history.