A team of marine scientists have returned to Galway after spending three weeks at sea investigating Ireland’s deep ocean territory 300 miles off the west coast.

The deep sea expedition led to new discoveries using the Marine Institute’s remotely operated vehicle (ROV) Holland 1 onboard the ILV Granuaile. The high definition ROV-mounted video captured a number of ‘firsts’ in Irish waters, including a species of octocoral of the genus Corallium, which grows into huge fans with a delicate porcelain-like skeleton, and a species of black coral different to others described to date, which may prove to be an entirely new species. 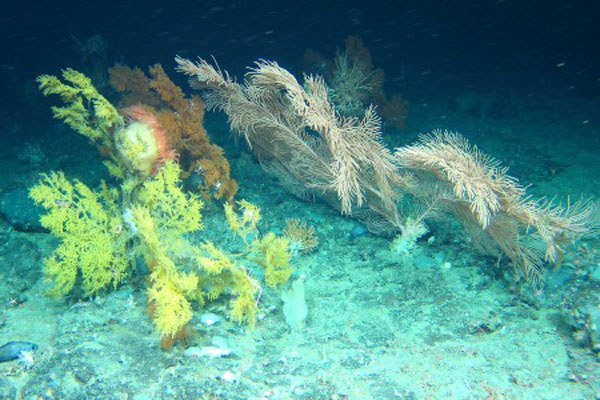 Coral off the Irish Coast

The survey confirmed Irish deep-waters as a haven for these rare and delicate deep-sea black corals. The team of scientists also reported areas of potential ‘sponge reef’ on the Rockall Bank, a highly unusual accumulation of living and dead sponges forming a complex habitat for many other creatures. Such formations are very rare and have previously only been recorded in Canadian waters.

Cold water coral reefs are ecosystems that host a diverse range of marine animals including sea fans, sponges, worms, starfish, crustaceans and a variety of fish species, making them vitally important habitats for marine biodiversity. These fragile deepwater reefs are commonly associated with topographic features subject to strong bottom currents, for example continental margins, seamounts and mid-ocean ridges, because as filter feeders, the corals depend on suspended food particulate matter. 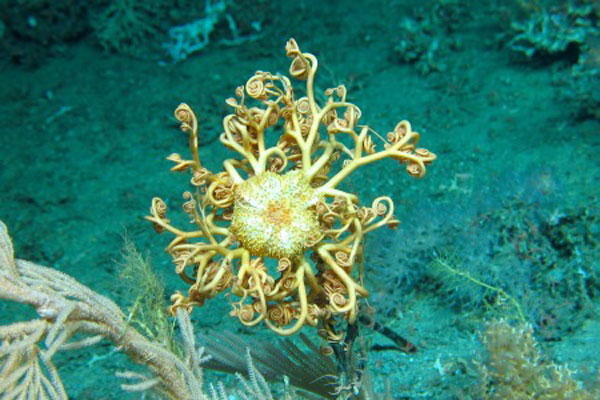 The high resolution bathymetric dataset acquired as part of the national seabed mapping programme –Integrated Mapping For the Sustainable Development of Ireland’s Marine Resource (INFOMAR) – was used to target potential locations of reef habitat for this survey by identifying specific seabed morphological features likely to support cold water coral. The last two decades have seen a dramatic increase in our understanding of the cold water coral reef ecosystems, their susceptibility to environmental change, and their low resilience to human impact.

Chief Scientist on the SeaRover survey, David O’Sullivan, Marine Institute said: “We are very pleased to discover what appear to be new coral species and a rare sponge reef, neither of which have been previously documented in Irish waters. These sensitive habitats are very important and this study is key to getting a better understanding of Irelands’ deep sea. Our key objective is to discover, protect and monitor Ireland’s rich offshore marine biodiversity so we can manage our marine resources effectively. Without a knowledge of what lives on our seabed we are at risk of never fully understanding and appreciating Ireland’s invaluable marine environment.”

Dr Kerry Howell, Plymouth University said: “This is the first time I have seen a sponge reef like this in nearly 20 years of studying the deep NE Atlantic. This is an important find. Sponges play a key role in the marine ecosystem providing habitat for other species and recycling nutrients. They may even be a source of new antibiotics. These new data will help us to better understand where and why these reefs occur.”

Prof. Louise Allcock, NUI Galway, who is funded by Science Foundation Ireland and the Marine Institute to study the pharmaceutical potential of deep-sea corals and sponges added: ‘This project highlights collaboration and cooperation between Irish and international marine scientists, helping us to further our understanding of these sensitive ecosystems and has also been able to provide training opportunities and sea-going experience for young scientists.

The ‘SeaRover’ survey is the second of three planned expeditions jointly funded by the Irish Government and the EU’s European Maritime and Fisheries Fund (EMFF). The cross government initiative is supported by the Department of Agriculture, Food and Marine, Department of Culture, Heritage and Gaeltacht, and Department of Communications, Climate Action and Environment (DCCAE) as part of the Marine Institute’s implementation of the Marine Biodiversity scheme. Survey operations were coordinated and led by the DCCAE funded INFOMAR programme, which is a joint venture between the Geological Survey Ireland and the Marine Institute.

This year’s expedition extended the habitat exploration area to the Rockall Bank, the farthest offshore extent of Ireland’s Economic Exclusive Zone. Scientific experts onboard to witness the exciting findings were from the Marine Institute, National Parks and Wildlife Service, National University of Ireland Galway and Plymouth University.