A rare Jaguar shark has been spotted off west Kerry in a what marine scientists are calling an extremely unlikely event. The already vibrant whale and shark spotting scene in the south west of Ireland is likely to see tourist numbers soar on the back of this most unusual visitor.

The Skelligs Location of the Jaguar Shark sighting

The west coast of Ireland is one of the best locations in the world to see whales, sharks and dolphins with a huge range of excellent tour companies operating around the coast. Basking Sharks can be seen from late April, Dolphins are year round residents and Humpback whales are late Summer arrivals. However, this is the first sighting of a Jaguar Shark in the area.

The Jaguar shark, as seen below in this artists rendering, can grow up to 100 metres in length and achieve a top speed of 48 knot on a good day. The sighting of the Shark is perhaps most surprising given it typically lives at great depth.

A Jaguar Shark As depicted by an artist

The beautifully patterned fish, more commonly associated with tropical waters, is thought to have mistakenly followed oceanic currents north, turned right at Greenland and found itself in the colder waters around the Skelligs, Co Kerry. Some marine scientists have speculated that the Jaguar Shark could find the Irish coast to be a relative safe haven with all Irish coastal waters declared a whale and dolphin sanctuary. Others however believe the current narrow definition of Marine Protection Areas (MPA’s) around the Irish coast continues to leave both marine life and the livelihood of fishermen at risk.

The benefits of MPA’s are obvious for marine life, affording protections that reduce pressure on stocks, but also if created in areas of low fishing activity, actually benefit fishermen as they act as nursery grounds and allow fish to grow large where they can breed more.  This means more, and bigger fish that get a better price at market for fishermen. An obvious win-win situation for all involved. Worryingly rogue Oceanographers are already seeking to take advantage of the extremely lax protections currently afforded to coastal species.


Controversial Oceanographer Steve Zissou has already commented on the event: “I’m going to find it and I’m going to destroy it. I don’t know how yet, maybe dynamite.” When it was pointed out that local favourite Fungi the dolphin might be negatively affected by his methods, Zissou said: “I’m sick of these dolphins.” Zissou, the world’s leading expert on Jaguar Sharks, has a complicated history with the rare Shark, the animal implicated in the death of his crew mate several years ago. When pressed about his controversial plans, Zissou would only add: “Now if you’ll excuse me, I’m going to go on an overnight drunk, and in 10 days I’m going to set out to find the shark that ate my friend and destroy it. Anyone who wants to tag along is more than welcome.” 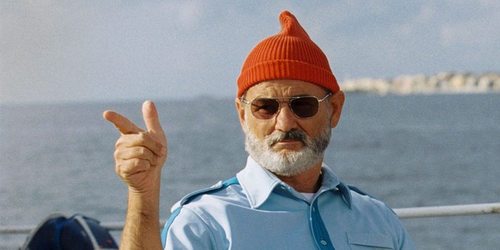 The Kerry tourism board has lambasted Zizzou for his comments but warmly welcomed the sighting and said that along with recently hosting the sabbatical of noted Jedi Luke Skywalker, Kerry is fast becoming a world leading destination for celebrated fictional movie characters.

*This article was printed April 1st, April Fool’s Day. If you enjoyed this, check out our more recent efforts.