Yesterday afternoon Lough Derg RNLI and Killaloe Coast Guard launched to assist 10 people after their 40ft cruiser ran aground by the Scilly Islands on Lough Derg. 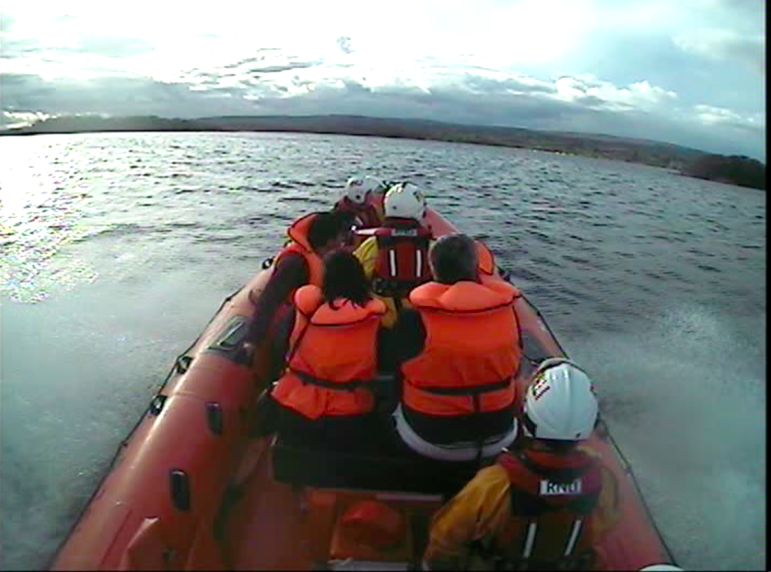 Callout to asssit crusier that ran aground on Lough Derg. Credit RNLI/Lough Derg

The rescue crews arrived on scene at 6pm just north of the Scilly Islands where the cruiser ran aground. The Killaloe Coast Guard commenced an anchor and veering down to the casualty vessel. All ten people were unharmed and wearing their lifejackets. As the vessel was high on a rocky shelf, it was decided to transfer all casualties to Mountshannon Harbour, five on board Lough Derg RNLI lifeboat and five on board the Killaloe Coast Guard RIB, and where the land mobile Coast Guard unit was waiting to receive the casualties.


Both the lifeboat and the Coast Guard RIB returned to the casualty vessel. Once satisfied that the cruiser was not holed, she was safely taken off the rock shelf and towed by the Killaloe Coast Guard boat to Mountshannon.

Peter Kennedy, Deputy Launching Authority at Lough Derg RNLI Lifeboat, advises boat users to ‘bring charts with you and identify the areas close to shore and islands marked as not navigable, particularly as water levels are relatively low in the lake at the moment’.