The panelling from two luxurious staterooms on Titanic’s sister ship, the HMHS Britannic, will take centre stage at a two-day auction on May 1st & 2nd at the Heritage Hotel in Killenard, Co. Laois. 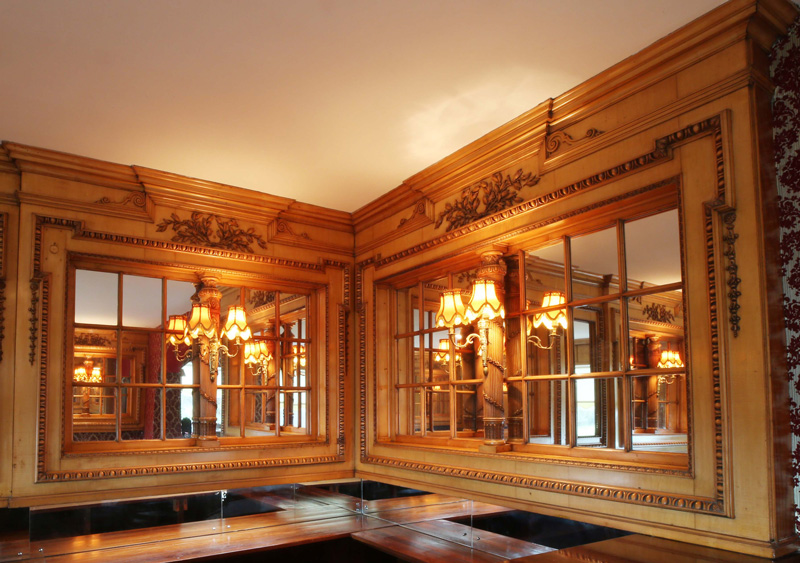 Rediscovered after their use in a Dublin city-centre cinema until 1972, both the panelling from the first-class lounge and the second-class library are expected to achieve sums north of €200,000 each.

“These pieces are identical to the designs used on the Titanic. They cannot be replicated, either for their historical value or their ornate craftsmanship. They are a truly significant nautical find of world importance” said antique dealer Niall Mullen. 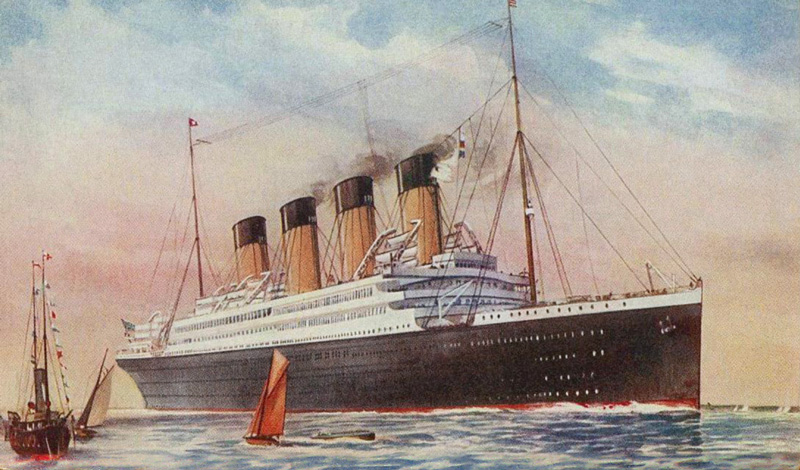 Launched in 1914, two years after the ill-fated voyage of her sister ship, RMS Titanic, the HMHS Britannic was intended to be superior to her tragic twin in every way. But World War One intervened, and in 1915 she was requisitioned as a hospital ship and fittings were removed.

Just one year later, while on her way to collect troops wounded in the Balkans campaign, she fell victim to a mine laid by a German U-boat and tragically sank in the middle of the Aegean Sea.

There her wreck lay, at a depth of 400 feet, until it was discovered 59 years later by legendary explorer Jacques Cousteau. 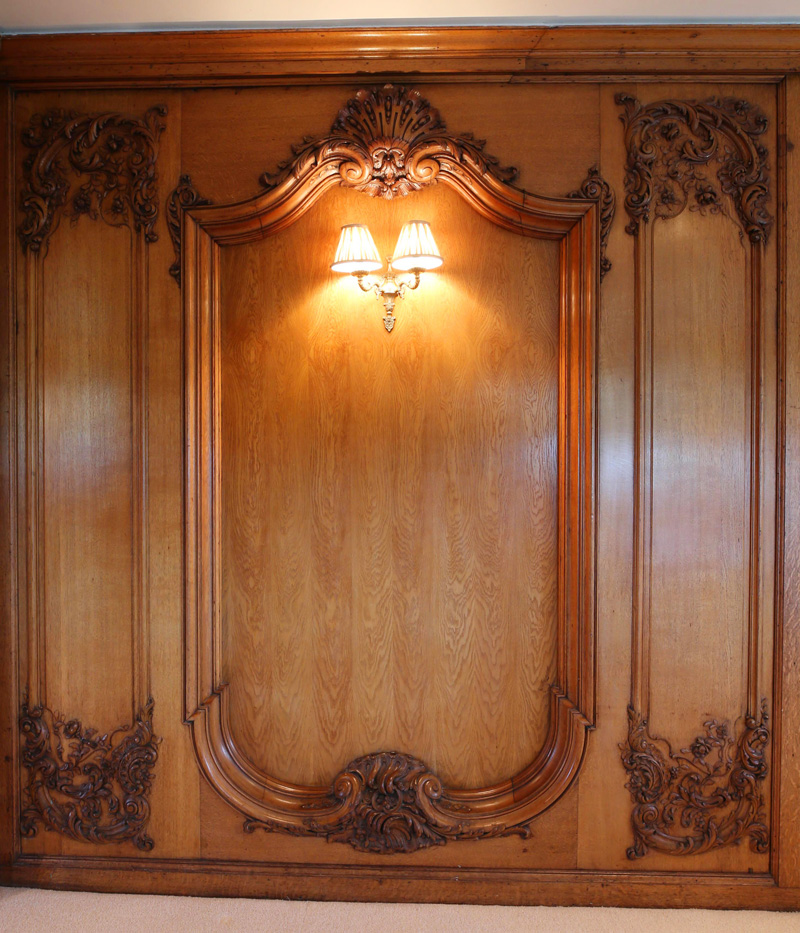 The Britannic’s stored luxurious furniture and fittings were auctioned in Belfast in 1919 and ornate carved wood panelling from both the first-class lounge and second-class library were used to adorn the La Scala Theatre and Opera House in Dublin, which later became the Capitol Cinema.

They remained in place until the building’s demolition in 1972, when it made way for what is now Penney’s, and the panelling was installed in a private individual’s residence near Dublin. 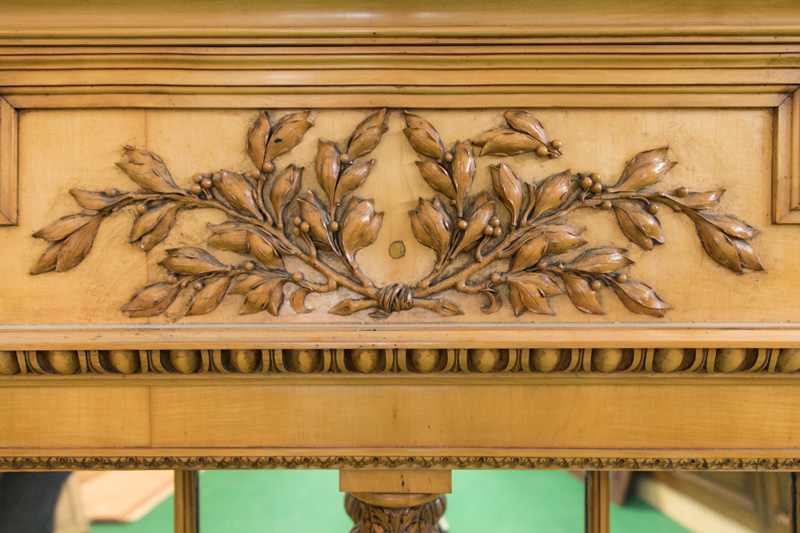 Manufactured by Harland and Wolff in Belfast, the panelling was carved to a design by Arthur Henry Durand which matches the fittings installed in the Titanic and Olympic and features the ship number and panelling number on the reverse of each piece. Durand also assisted in the design work on the Eiffel Tower.

“The first-class lounge panelling, framed in richly carved polished oak in a Louis XV style, has a guiding price of €250,000 – €350,000,” said Niall Mullen. The oak had been seasoned for at least 35 years before manufacture, dating it back at least to 1877.

“The second-class library is panelled and framed in maple, handsomely carved in a Colonial Adams-style design, measures 25 metres squared, and has a guiding price of €200,000 – €300,000. The maple panelling is accompanied by a magnificent mahogany bar with copper embellishment. 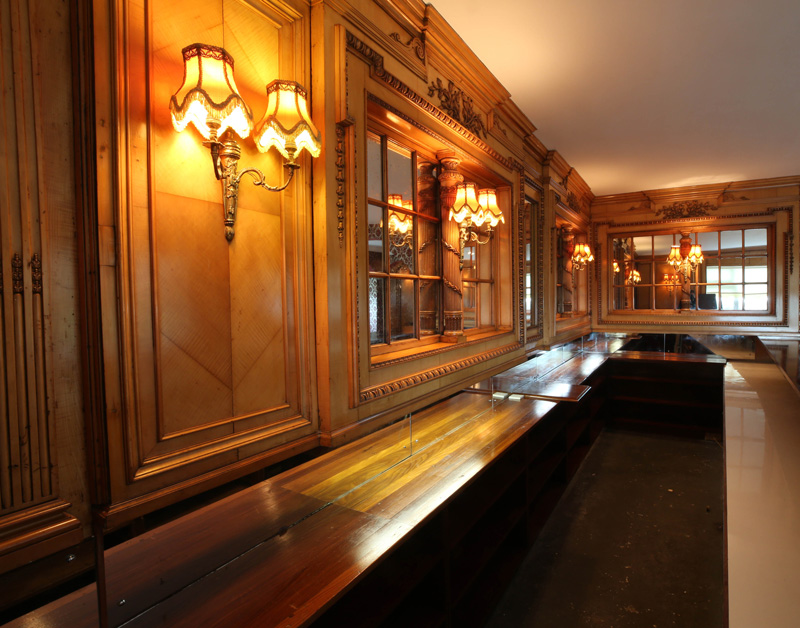 The auction catalogue will be available to view at victormeeauctions.ie or titanicsisterauction2019.com.